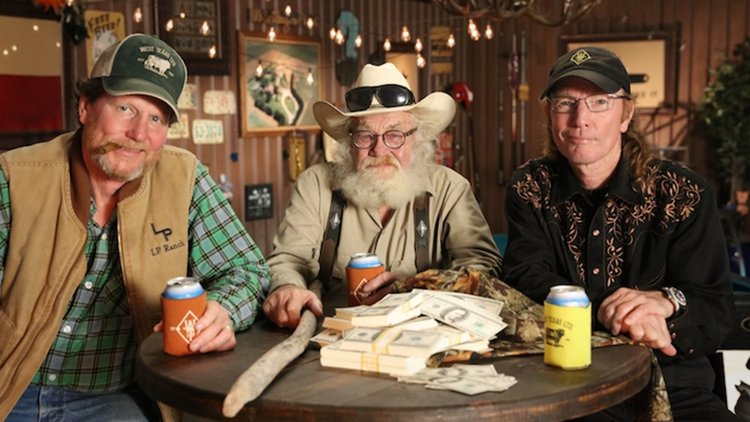 Rooster & Butch is a reality show that features self-made millionaires, Mike Rooster McConaughey, and Wayne Butch Gilliam, who are ready to invest their money in startup companies by budding entrepreneurs if they get convinced by the entrepreneurs of their vision and plan. Mike Rooster is the brother of the famous actor, Matthew McConaughey, who is famous for his Oscar-winning films Dallas Buyers Club and several other movies.

The millionaires started from scratch and made it big in the city of Texas and that is why the city is close to their hearts. Rooster and Butch take the help of their friend, Gil Prather and invite many budding entrepreneurs from across the United States to West Texas and give them the opportunity to have their own business by helping them with capital investment. The first season of the show was released on January 10, 2018, on the A&E network. The participants are in for a real test as Rooster and Butch are not very bothered about how the startup has faired so far or about the balance sheets of the business. They look for the skill and character that a true entrepreneur requires before making their decision on the winner.

Rooster & Butch features Mike “Rooster” McConaughey as himself, Wayne”Butch”  Gilliam as himself, and Gil Prather, apart from the aspiring entrepreneurs who appear as contestants in the show.

Rooster & Butch Season 2 Plot: What is it about?

Rooster & Butch is a reality challenge show that features the millionaire’s Rooster and Butch who are known for their hard work and self-earned wealth and fame. The duo is on the lookout for aspiring entrepreneurs with a zeal and determination to succeed in business and earn fame. The millionaires are ready to invest their money if they are convinced by the participants about their dedication and hunger for success. It may sound easy for the participants but is actually not because no clichéd strategies and balance sheets can convince the duo as they are pioneers in the business field and have an experience that is difficult to match. Roost and Butch do not give importance to the data that depicts how the business has been done so far or how the contestant wishes to take it further. They do an in-depth analysis of the character and base their decisions on the determination of the participants before giving them their nod.

The duo does not believe the data on paper and looks for real, smart, and astute businessman who can take a business to great heights if given a chance. The scrutiny that the participants will be subjected to is enormous. On one of the episodes, Rooster and Butch decide to test the laser tag equipment produced by the company run by one of the participants. The equipment is handed over to the army to see if the product is actually trusted worthy and robust. Such is the level of precision and perfection expected by them. One of the contestants brings a product that can help visually impaired people. To test the authenticity, the duo actually blindfolds themselves and uses the product to see how far the product is helpful to the visually impaired people.

Rooster & Butch Season 2 Release Date: When will it premiere?

The show premiered only one season so far and there is no news yet about the renewal of the show for a second season and naturally, there is no exact air date either. We need to wait a little longer to know if there will be a season 2 for the show.