Rosamund Pike made her film debut as the Bond girl Miranda Frost in ‘Die Another Day’ in 2002. She was only 23 at that time. Being the Bond girl is what every actress used to dream of and to become one on debut and so young age is a great feat. Before the movie, she made her small screen debut with the television film ‘A Rather English Marriage’, which was released in 1998. She worked in a number of UK television series, including Wives and Daughters (1999), before getting the big break in a Bond movie.

After her debut in a big budget action film, Pike did a few smaller independent films, including ‘Promise Land’ in 2004, ‘The Libertine’ in 2004 for which she won the Best Supporting Actress award at ‘The British Independent Film Awards’. She also starred as one of the Bennet daughters in ‘Pride & Prejudice’ in 2005. She then moved to Hollywood for a couple of films including, ‘Doom’, an action flick which released in 2005 and in the thriller ‘Fracture’ in 2007. But she returned to smaller films with amazing performances in ‘An Education’ in 2009, ‘Made in Dagenham’ in 2010, and in ‘Barney’s Vision’ in 2010, opposite Paul Giamatti.

Pike then appeared in the spy spoof, ‘Johnny English Reborn’ in 2011, and as ‘Andromeda’ in the sci-fi epic, ‘Wrath of the Titans’ in 2012. She starred opposite Tom Cruise in the 2012 action film, ‘Jack Reacher’. But, she is best known today for her role as Amy Dunne in ‘Gone Girl’ opposite Ben Affleck which was released in 2014. She received wide critical acclaim for this role and was also nominated in the best actress category at the Oscars. The movie was directed by David Fincher, who has said that Pike was her first choice as he wanted someone who was not widely known, and Pike having not appeared in any major leading role prior to the film’s commencement, and because he found her enigmatic and couldn’t easily read her.

In 2016, Pike appeared as Ruth Williams in the biographical drama, ‘A United Kingdom’. She then appeared in 2017’s ‘The Man with the Iron Heart’. She was then seen as Rosalee Quaid with Christian Bale in ‘Hostiles’, which released in 2017.  She was last seen in 2018’s ‘A Private War’, which is a biographical war drama based on one of the most celebrated war correspondent of present times, Marie Colvin. It was one of her best performance and she has also received a lot of praise for her work in the film. At this point, the question that might be circling your mind is what is the next Rosamund Pike movie and tv show? Well, the good news is that we have a clear answer to that question. Here’s the list of upcoming Rosamund Pike films and tv shows scheduled to release in 2019 and 2020. We can only hope that the latest Rosamund Pike movies would be as good as some of her recent ones. 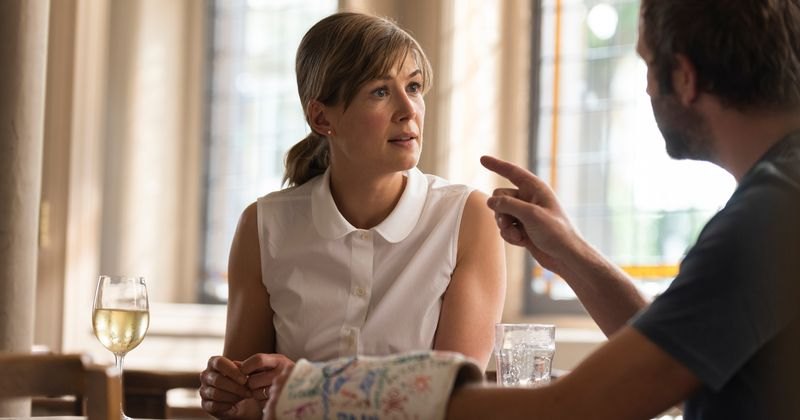 ‘State of the Union’ is a comedy series which features Rosamund Pike and Chris O’Dowd in the lead roles. They play the couple Louise and Tom, who meets at the same pub each week before their weekly marital therapy session to discuss the trivialities of married life. Though they never touch the actual reason behind their rift, an extramarital affair, the couple picks up minor differences and makes it big. ‘State of the Union‘ starts rolling on SundanceTV on May 6, 2019. 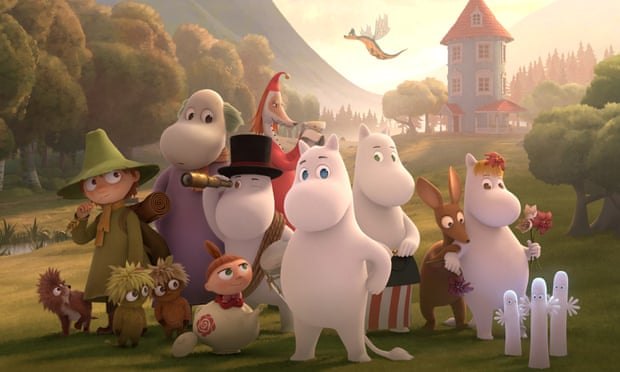 ‘Moominvalley’ is the new animated adaptation of the world of Moomins, created by the Finnish artist Tove Jansson. The plot follows the magical adventures of young Moomintroll, voiced by Taron Egerton, and his chaotic friends and family, under the strict watch of his loving mother, Moominmamma, voiced by Rosamund Pike. The other cast includes Richard Ayoade, Sally-Anne Bedford and Cy Bernheim. ‘Moominvalley‘ is aired by Sky One.

‘The Informer’ is an upcoming crime drama which follows an ex-convict working undercover who intentionally gets incarcerated in order to infiltrate the mob at a maximum security prison. Rosamund Pike will be seen as Wilcox in the movie. Nothing more about the character is known at this time other than her name at this point. The film is currently in post-production and is expected to release in March 2019. So, we can expect the trailer to drop very soon, giving us glimpses into various characters in the movie. The film has been directed by Andrea Di Stefano and also stars Joel Kinnaman and Clive Owen.

Rosamund Pike stars in and executive produces the international thriller series ‘The Banker’s Wife.’ The series is based on Cristina Alger’s book of the same name. Meredith Stiehm wrote the script with Lesli Linka Glatter directing the show. ‘The Banker’s Wife’ centers in the melting pot of global finance that spans from Geneva to Paris, London and New York. The plot follows two women searching for the truth behind a mysterious plane crash. Through separate but parallel paths, they inch close to the shocking common truth. The series is Inspired by the Panama Papers and adds the secret offshore accounts within the plot. The two women end up in a dark world of conspiracies, money laundering, greedy politicians, corrupt government officials, terrorists, and criminals. The investigation changes their destiny forever.

‘Radioactive’ is an upcoming biographical drama which is based on the life of Marie and Pierre Curie. It tells the story of their scientific and romantic passions, and the reverberation of their discoveries through the 20thcentury. Rosamund Pike will star as Marie Curie in the film. The film has been directed by Marjane Satrapi and written by Jack Thorne. Pike has a history of doing great parts in biographies and we hope this is no different. The film is based on the life of the most intelligent couple of the 20thcentury, having two Nobel prizes. The release date of the film has not been finalized yet but it will most definitely be released in the latter half of 2019. 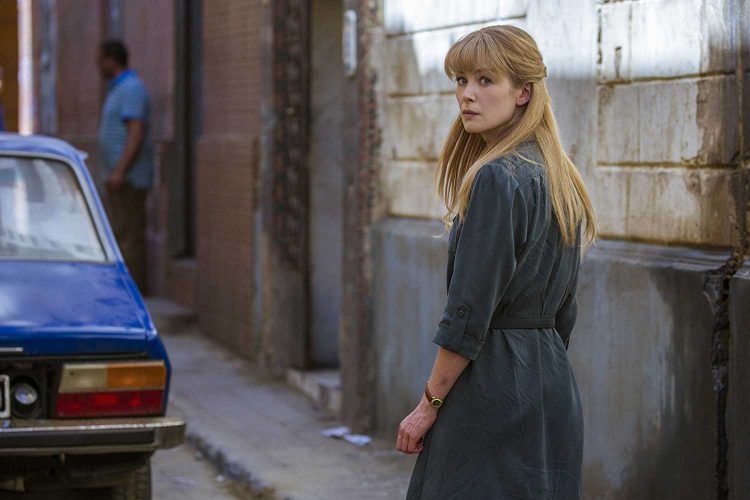 The legal thriller ‘I Care a Lot,’ which is written and directed by J Blakeson, stars Rosamund Pike as Marla Grayson. She is known in the legal circles as an expert who knows how to bend the system to her benefit but to her clients’ detriment. But Grayson finds herself in grave danger when a deceptively perfect-looking client turns out to be a lethal enemy. No other additional cast members have associated with the project yet. “We can think of no one better to play I Care A Lot’s fierce, intelligent and unrelenting lead than Rosamund Pike, who deserves all the accolades she’s received to date and more. We can’t wait to see Rosamund do something truly memorable with this iconic role,’ Teddy Schwarzman’s of Black Bear, one of the producers, told Deadline.