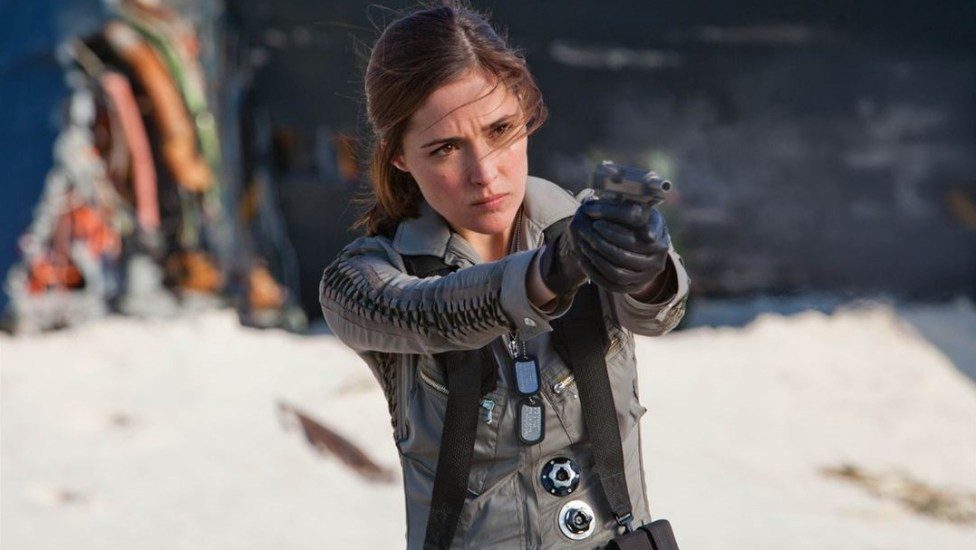 Rose Byrne fell in love with the magic of acting as early as an 8-year-old girl, when she started taking her first acting classes. The Australian actress went on to take an acting more seriously and joined the Atlantic Theater Company in 1999. She made her debut with a minor role in the movie ‘Dallas Doll’ at the age of thirteen. Several guest roles in television soon followed. Byrne got her first breakthrough with the movie ‘The Goddess of 1967’, which marked her first lead role, Clara Law. The character brought her the Volpi Cup for Best Actress at the 57th Venice International Film Festival. By the early 2000s, Byrne started getting offers from Hollywood. In 2002, she appeared in ‘Star Wars: Episode II – Attack of the Clones‘ in a small role. The movie went on to become a hit and her performance captured attention despite its short screen time.

Byrne appeared in movies like ‘City of Ghosts’ and ‘I Capture the Castle’ before hitting the Australian box office with three back-to-back comedies in 2003. ‘The Night We Called It a Day,’ ‘The Rage in Placid Lake’ and ‘Take Away’ rang money at the box office and went on to become massive hits. In 2004, Byrne got her next breakthrough. She starred in the international blockbuster, ‘Troy,’ in which she actress played the role of Briseis, a priestess. Two years later, Byrne joined hands with Sofia Coppola and Kirsten Dunst in the critically acclaimed movie ‘Marie Antoinette.’ She landed two major roles in the films ‘Sunshine,’ alongside Cillian Murphy and Chris Evans, and ’28 Weeks Later,’ a sequel to ’28 Days Later’

In 2006, Byrne joined as a regular cast member in FX’s legal thriller series ‘Damages’ in 2007. Her performance as the character of Ellen Parsons in the series earned her widespread praise. She emerged as a matured actress who can effortlessly portray emotionally complex characters. She got two Primetime Emmy nominations for Outstanding Supporting Actress in a Drama Series in 2009 and 2010, and two Golden Globe nominations for Best Supporting Actress – Series, Miniseries, or Television Film in 2008 and 2010 for Ellen Parsons. 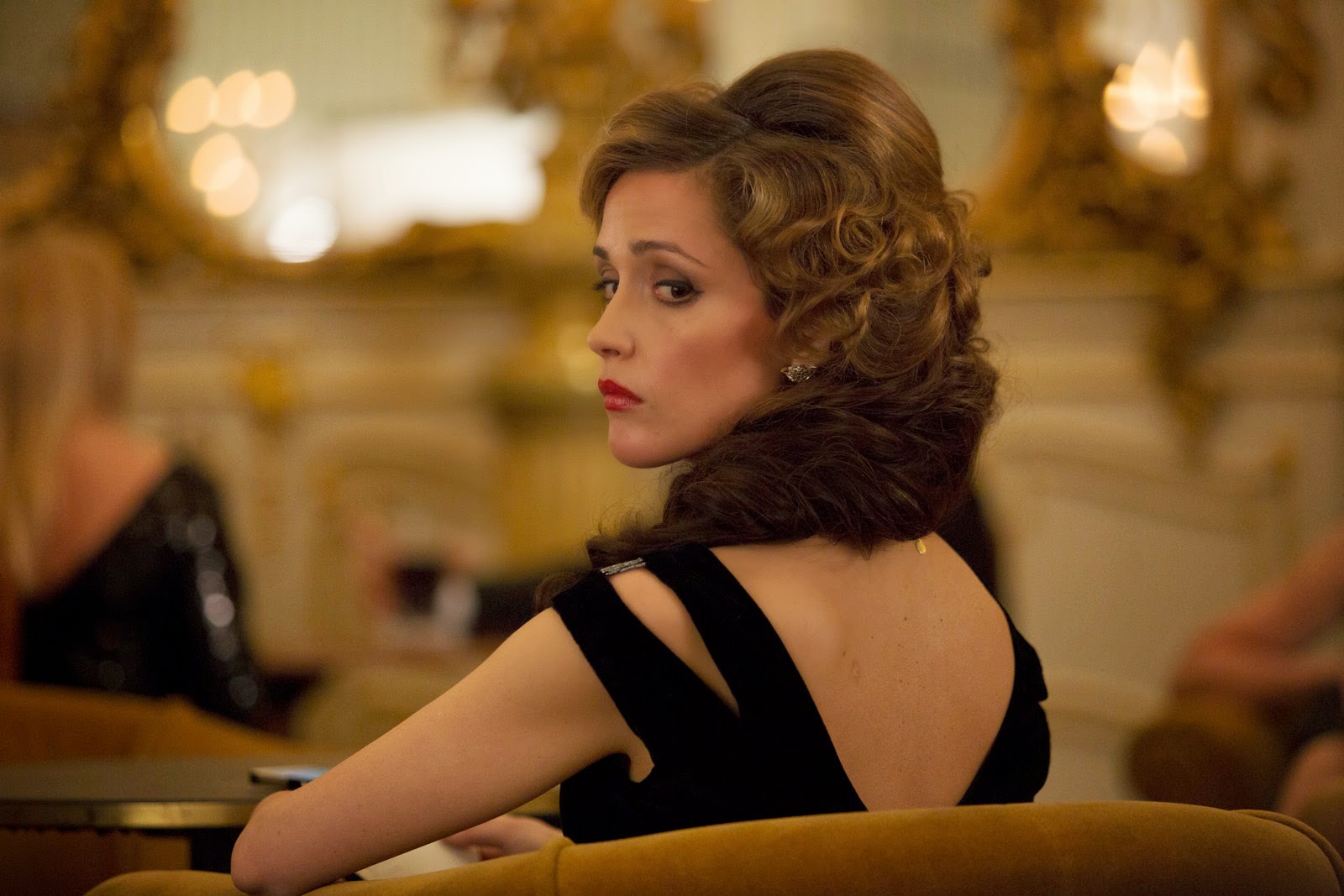 Rose Byrne joins Salma Hayek and Tiffany Haddish in the upcoming comedy movie ‘Limited Partners.’ The Paramount movie is directed by Miguel Arteta from a script by Sam Pitman and Adam Cole-Kelly. The plot follows the two best friends (played by Haddish and Byrne) who launch their dream company together. Though they are two different characters in nature, the differences hold the two women together to build the firm from scratch. But when an irresistible buyout offer surfaces, their differences suddenly start playing a major role in the future of the company.

Hayek plays the cunning corporate executive who places the multi-million offer and creates hostility between the two best friends and partners. While one of the partners is keen to keep the company in a practical way, the other one is impatient to grab the fortune on the table and move on with her lavish lifestyle. Described as a fusion of ‘Superbad‘ and ‘Bridesmaids,’ by Deadline, the movie is lined up for a January 10, 2020 release by Paramount Pictures.

‘Peter Rabbit 2‘ is the live-action sequel to the 2018 movie ‘Peter Rabbit.’ Based on the stories of ‘Peter Rabbit’ created by Beatrix Potter, the upcoming flick features a voice cast that includes James Corden, Rose Byrne, Domhnall Gleeson, and David Oyelowo. According to a Variety report, Will Gluck, who directed the first installment, returns as the writer and director of the sequel. The plot revolves around the titular character Peter (voiced by Corden), who locks horns with Mr. McGregor. Along with his cousin Benjamin Bunny and triplet sisters Flopsy, Mopsy and Cottontail, Peter wages a war on Mr. McGregor’s vegetable garden. The first movie ‘Peter Rabbit’ grossed $325M globally and $115M from the U.S. Sony Pictures will release ‘Peter Rabbit 2’ on February 7, 2020.

‘Irresistible’ is billed as a political comedy which centers on the unlikely partnership between a Democrat election strategist and a war veteran in their fight in a mayoral election in a small right-wing town in Wisconsin. Steve Carell plays the role of the strategist Gary Zimmer while Rose Byrne plays their cutthroat Republican opponent who leads the campaign for the local mayor in the movie. The film is directed by Jon Steward. According to Collider, Stewart also wrote the original screenplay and produces the movie in association with Brad Pitt‘s Plan B Entertainment. The other cast members include Chris Cooper, Mackenzie Davis and Topher Grace. Focus Features is expected to release the movie in 2020. 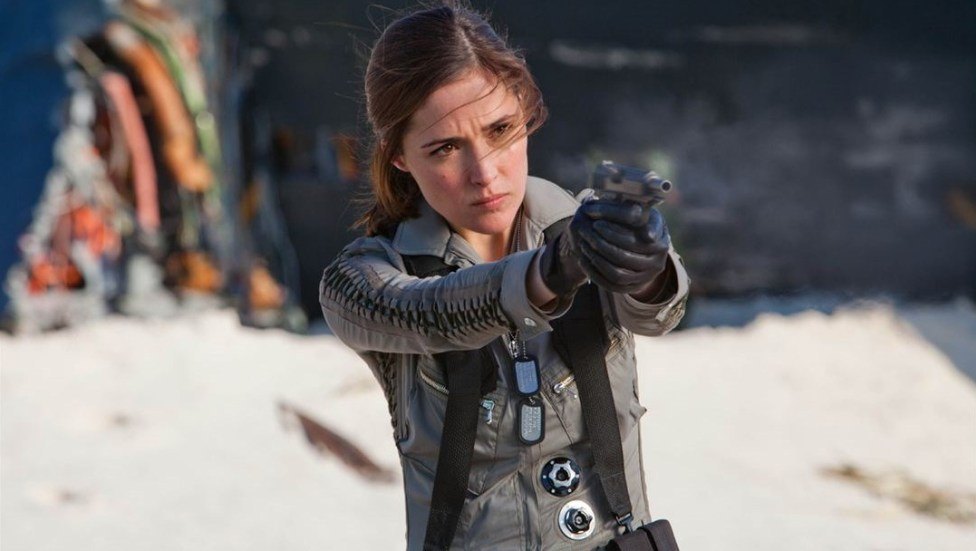 CBS Films’ upcoming comedy ‘Lexi’ features an ensemble cast that includes Adam DeVine, Alexandra Shipp, Ron Funches, Charlyne Yi, Justin Hartley, Wanda Sykes, Michael Peña and Rose Byrne. The movie is written and directed by Jon Lucas and Scott Moore. According to Deadline, Rose Byrne plays the voice role of an overzealous and omnipresent AI assistant who is a “little more” crazy about making people’s lives better. The plot centers on the hilarious consequences of tech-obsessions like mobile phone addiction. Directors Lucas and Moore, who are known for ‘The Hangover‘ and ‘Bad Moms,’ also explore the nuances of unlikely friendships that develop in the virtual universe and the ever increasing mental distance between human beings who are lost in their gadgets.

‘Mrs. America’ is FX’s upcoming miniseries based on the real-life events of the historic Equal Right Amendment (ERA) movement and the counter-campaign in the ’70s. The plot follows Jill Ruckelshaus (Elizabeth Banks) who is a progressive republican set by President Gerald Ford as the face of defence against the Stop-ERA Campaign led by the Conservative woman Phyllis Schlafly (Cate Blanchett).

Rose Byrne plays the American journalist and activist Gloria Steinem. Known as the most famous American feminist of all time, Steinem emerges as one of the major forces of the pro-ERA movement. Uzo Aduba, Kayli Carter, Ari Graynor, Melanie Lynskey, James Marsden, Margo Martindale, Sarah Paulson, John Slattery, Jeanne Tripplehorn, and Tracey Ullman also play major roles in the series. The Equal Rights Amendment (ERA) was first proposed by the National Women’s Party in 1923. Feminists and activists raised the issue again during the burning decade of the ’70s. ‘Mrs. America’ is written and executive produced by Dahvi Waller, who also serves as the showrunner. FX Productions airs the series in 2020.