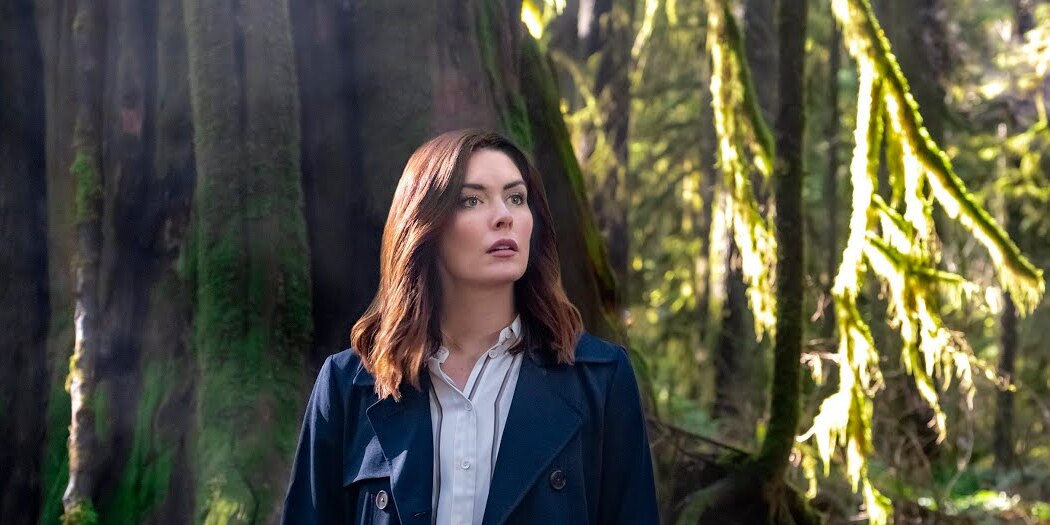 ‘Ruby Herring Mysteries: Prediction Murder’ is a mystery drama that follows crime reporter Ruby Herring as she pursues her passion for solving murder mysteries, which sometimes puts her life in danger. When an anonymous informant drops multiple clues at Ruby’s doorstep, she is intrigued to deal with a 5-yr-old unsolved murder mystery revolving around the death of a psychic. As the case reopens, Ruby teams up with her partner in crime-solving, detective Jake Killian.

While investigating, Ruby realizes that the person serving time for the crime might actually be innocent, and the killer is still on the loose. They discover multiple clues that point towards another psychic. The two are also assisted by Ruby’s retired father, John, who is a retired crime reporter. There is also a romantic tension between Jake and Ruby, which seems to grow with every interaction between them. Will the two ever confess their feelings for each other? Will the prediction murder be solved?

Hallmark movies are mostly filmed in Canada because of the country’s tax benefits, favorable climate, production studios, and of course, picturesque setting. Therefore, ‘Ruby Herring Mysteries: Prediction Murder’ was filmed in British Columbia, which is Canada’s third-most densely populated province. Here is the specific location where the movie was shot.

Located in the western region of Canada, Vancouver is the largest city in British Columbia and the third-largest metropolitan area in Canada. It has been touted as the ‘Hollywood North,’ for being home to one of the largest film and television production industries in North America. Considering the above factor, the makers decided to set the filming base in Vancouver. Here’s a picture shared by Taylor Cole, who plays the titular lead in the film.

So much gratitude for the talented crew of #rubyherringmysteries ❤️ Never a dull moment at #KikisPlace with the amazing @taylorquinncole @stephenhuszar & johnwesleyshippjr! Stay tuned for new episodes, coming April! 🌟@hallmarkmovie @hallmarkchannel

Below is a behind-the-scenes picture from the scene wherein Ruby and Derrick eavesdrop Jake and the psychic’s conversation, and Jake catches them off-guard.

Dear #rubies, you too will have this much fun watching #rubyherringmysteries : Prediction Murder this Sunday April 5th 9pm EST on @hallmarkmovie #hallmarkmoviesandmysteries in the US on W network next month in Canada. Don’t miss it! Photo credit: @petranala_mh

Here’s a picture of Taylor and creator Andrea, posing on the set where scenes showcasing the news channel are shot.

Here’s one with the entire main crew. But where’s Jake?

Vancouver has served as a filming location for popular movies and shows like ‘Deadpool’ 1 and 2, ‘Bad Times at the El Royale,’ ‘Watchmen,’ ‘Chilling Adventures of Sabrina,’ ‘Riverdale,’ and ‘The Good Doctor.’

Taylor Cole headlines the cast as Ruby Herring, a consumer reporter turned crime reporter. Her best works include ‘Two and A Half Men,’ ‘Castle,’ and ‘Entourage.’ Stephen Huszar stars as Jake Killian, a charming and whip-smart detective with Seattle PD. His other credits include ‘Supernatural,’ ‘Smallville,’ and ‘Cashing In.’ John Wesley Shipp steps into the role of Ruby’s father, John Herring. He is best known for ‘The Flash’ and ‘Dawson’s Creek.’