What Happened to Rulon Jeffs’ Children? 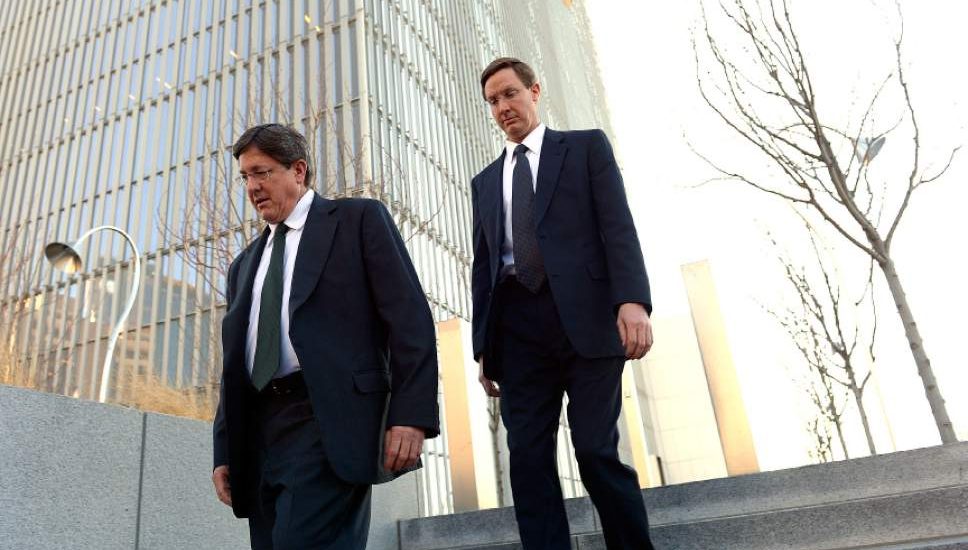 Rulon Jeffs was the president of the FLDS Church (Fundamentalist Church of Jesus Christ of Latter-Day Saints). Part of the fundamental Mormon sect, they are known to practice polygamy. In the wake of his death, certain allegations were raised against both him and his son, Warren Jeffs, along with various others in the church, especially for the manner in which they sexually exploited underage girls in the name of religion, along with other crimes.

This gained prominence in the wake of literature written by former FLDS members and testimonies of various others who have come forward to accuse the Jeffs of conducting something akin to a sex racket. This is because, as the leader of the group, only Jeffs had the right to decide which woman should marry which man. In many of these circumstances, teenage girls were often married off to become plural wives of community members, who were then sexually abused.

How Many Children did Rulon Jeffs Have?

He is believed to have married around 75 women, with some sources stating that it was 19. The statistics often vary as most of them were not legal wives but ‘spiritual wives.’ Hence, the exact numbers are not known. With respect to the same, he is believed to have around 65 children. During his funeral in 2002, his children, over 30 of them were spotted at the funeral. While general whereabouts of many of his children are not known, there are a few of them who have caught the media’s attention for the crimes they have committed.

Warren Jeffs succeeded his father to take over as the president of the FLDS church. He married all of his father’s widows and is estimated to have around 60 children with around 70 wives or so. Even with Warren Jeffs, the exact numbers of his wives and children vary. In 2006, he was in FBI’s ‘Top Most Wanted List’ His legal troubles began in 2004 when his nephew claimed that he had been sexually abused by Warren Jeffs. He went into hiding following the various charges that were pinned against him, ranging from rape of minors to arranging the marriage of a 14-year-old to her 19-year-old cousin. Once he was caught and tried in court, surmounting pieces of evidence flooded against him, including the sex tapes he had made with his underage ‘spiritual wives.’ He was then sentenced to life in prison.

He is currently serving his sentence in Louis C. Powledge Unit prison in Texas. He tried to commit suicide in prison, along with going on a hunger strike.

Seth Jeffs serves as an official in the FLDS church. He is believed to have helped Warren Jeffs hide from the FBI when he was a wanted man. Seth and Warren share the same mother, which makes them biological brothers. In 2005, he was arrested as he was found with a lot of cash and letters to Warren when he was in hiding. He was sentenced and spent 3 years on probation. He also appeared constantly in the YFZ branch raid that occurred, as a result of which all the children from the compound were placed under protective custody. He himself is believed to have around 9 wives and 19 children. In 2020, his land permits expired. He had bought 40 acres of property in Pike Lake Road. Now, he is forced to reapply for the permits.

Nephi Jeffs was the personal secretary of Warren Jeffs. In addition, he is also the Bishop of the FLDS church. Nephi Jeffs too is a biological brother of Warren Jeffs. He is believed to have around 14 wives. Post the raid in the West Texas church compound, he was listed as a person of interest. Later, when investigations were going on regarding the Church’s involvement in child labor, he was blamed for not responding to the court’s subpoenas. The court then mandated that he cooperate with the investigators.

Lyle Jeffs is also a Bishop of the FLDS church. He too was held in contempt of court along with his brother Nephi Jeffs. In addition, he was charged with running a fraud food stamp scheme and escaping house arrest. He pleaded guilty and was sentenced to five years in prison along with a fine. However, he was incarcerated in 2019, but will only see due release in 2021.

LeRoy has an accounting license and helped his father Rulon Jeffs with the Church accounts. In addition, he also headed the trust funds later. He was sent to 4 months in prison for not testifying against his brother during the trial. He is believed to have had several teenage wives himself.

Issac Jeffs was with Warren Jeffs when Warren was arrested by the FBI. He is a member of the board of trustees for FLDS. Like many of his brothers, he is also presumed to have kept minors as his wives.  While Rulon Jeffs have another 20 or more children, the above-mentioned sons of his have seen the most of public spotlight. (Feature Image Credit: Leah Hogsten | Tribune file photo)