What Happened to Rulon Jeffs’ Wives? 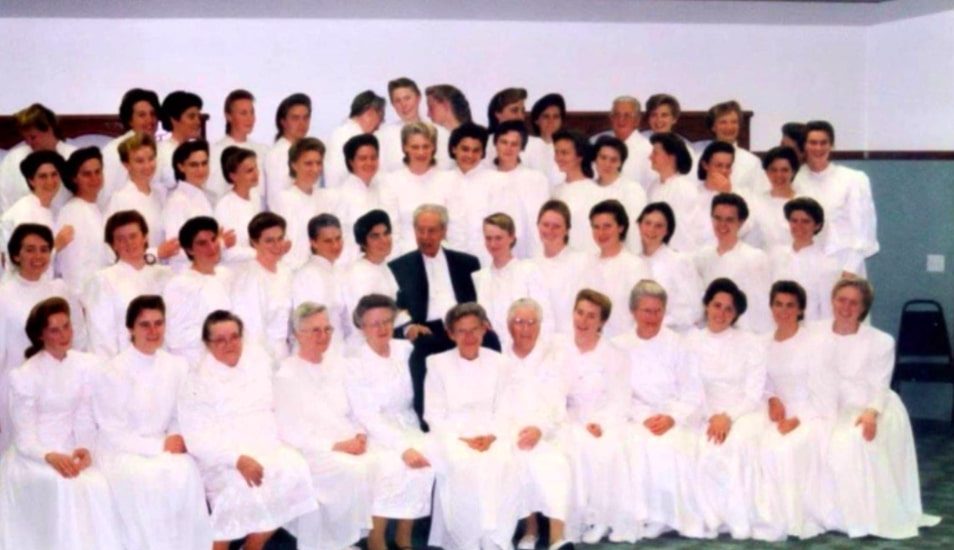 Rulon Timpson Jeffs was the president and the spiritual head of the Fundamentalist Church of Jesus Christ of Latter-Day Saints. The church, commonly referred to as the FLDS, believes in plural marriages. It is located on the border of Utah and Arizona. Jeffs became the president of the church, years after his father introduced him to the fundamental form of faith through the ‘Truth Magazine.’ The many tenants and beliefs of the religious group have often sparked controversy, especially in recent times, as many details concerning these plural marriages came to light.

The dictates of the faith reveal that a man must take at least three wives. This is regarded as the sworn duty of men to ensure a place in heaven. As for women, their core duties revolve around obedience and satisfying their husbands, as the faith states that satisfied husbands invite their wives up to heaven. Rulon Jeffs, as the leader, was the only one who had the authority to assign wives to men and perform their marriages. As the spiritual head, he was considered as the prophet of God.

How Many Wives Did Rulon Jeffs Have?

Many details regarding the lives of FLDS members were known when Jon Krakauer’s book, ‘Under the Banner of Heaven,’ was released. The non-fiction book states that Jeffs married around 75 women. The estimated count of his children is around 65 or more. It is to be noted that the state of Utah or Arizona does not sanction polygamy; hence, the FLDS members often legally marry one wife and take the others as ‘spiritual wives’. In other words, the spiritual wives remain as single women with children under the eyes of the law.

At the age of 92, Rulon Jeffs passed away in 2002. In the wake of his death, many sources have pointed to the fact that many of Jeffs’ wives were teenagers who were often raped and subjected to other forms of sexual harassment. After his death, his son, Warren Jeffs, became the leader of the FLDS. Post his father’s death, Waren Jeffs married most of his father’s widows.

Rulon Jeffs’ Wives: Where Are They Now?

His first wife is believed to be Zola. She was the daughter of the apostle of the LDS church. However, she divorced him when he became involved with his first pluralist wife.

Many details concerning Jeffs’ wives are not known as a majority of them still keep to themselves and are not vocal about their FLDS lives. However, a few who have broken away from the faith, have come forward to speak of their abusive marriages with Rulon Jeffs. The first is Rebecca Musser, who was married off to an 85-year-old Jeffs when she was 19. Though she later became the wife of Warren Jeffs, she ran away from the community compound and started a new life. She also gave lead testimonies in the trial of Warren Jeffs, along with other members of the FLDS, who were accused of sexual exploitation of minors.

Briell Decker, one of Warren Jeffs’ wife, revealed that her sister, Colleen, was married to Rulon Jeffs at the age of 18. Rulon Jeffs was also gifted with wives on his birthdays. Many of his wives who later became Warren Jeffs’ wives, stayed with him till his arrest.

In a raid in one of the camps in West Texas, the women were separated from their children because of a tip that suggested that there were illegal sexual activities that were happening in the compound. Though the tip proved to be false, there were other things that led police officers to separate 439 children into protective custody. There on, though some have been reunited, many women and children have come forward to admit to being victims of sexual exploitation at the hands of both Rulon and his son, Warren Jeffs.

Former FLDS members have also spoken about what they knew happened in the community compound, which they believed were in violation of individual rights.