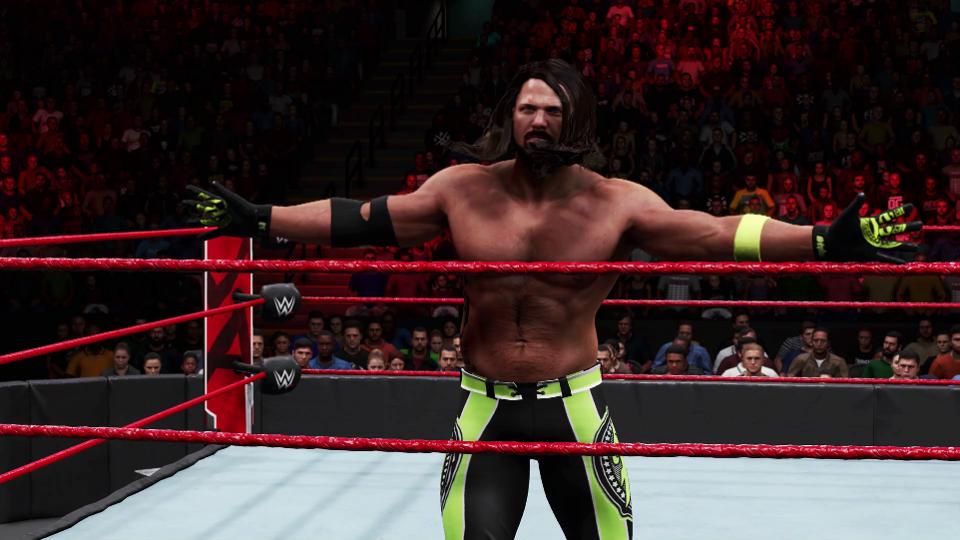 World Wrestling Entertainment is a powerhouse in the American media landscape and enjoys excessive popularity. The professional wrestling company has had a tryst with Hollywood as well with several of its wrestlers becoming actors post their wrestling career. Examples include Dwayne Johnson, John Cena and Dave Bautista. The upcoming animated movie, ‘Rumble’ will be another instance where WWE will branch out into the film industry.

An animated feature film sounds like an extremely promising idea to transport the WWE world into with its scope for epic creativity and lack of limitations in depicting complex visual stories. The word, “Rumble” has become associated with the professional wrestling firm, thanks to their notable annual event, ‘Royal Rumble’ wherein multiple wrestlers compete at the same time to be the last man standing in the ring.

The movie will also be another offering by Paramount Pictures’ animation division, ‘Paramount Animation’ as they seek to come up with a bankable animation movie/franchise to secure their foothold. If you wish to find out additional details about the project, continue reading.

Rumble Plot: What is it About?

‘Rumble’ marks the first time that WWE will be entering the animation arena. However, the movie is not simply about an aspiring wrestler or something basic like that. Instead, the movie depicts a fictional and speculative world filled with monsters. In this world, monsters have been tamed or domesticated and monster wrestling is quite a popular sport. The film follows the character of Winnie, a girl who wants to follow in her father’s footsteps and become a successful manager. However, to do so, she must convert an amateur monster into a competitive contender.

Rumble Cast: Who is in it?

Kristen Bell will voice the movie’s protagonist, Winnie who aims to become a successful wrestling manager. Bell became prominent after appearing in the television series, ‘Veronica Mars.’ Moreover, she has also starred in movies such as ‘Forgetting Sarah Marshall,’ ‘Couples Retreat’ and ‘Bad Moms.’ Moreover, Bell has garnered critical acclaim as a voice over artist previously, with her portrayal of Princess Anna in Disney’s ‘Frozen’ and its sequel. She is currently a main cast member in Michael Schur’s sitcom, ‘The Good Place.’

Moreover, Will Arnett will also be a part of the movie’s voice-over cast. He is best known for playing the character of Gob in the sitcom, ‘Arrested Development.’ Moreover, he voices the titular character in Netflix’s animated series, ‘Bojack Horseman’ which has received immense critical acclaim. Having won an Annie award for that role, Arnett is known for his deep voice and has lent it to several animated movies such as ‘Ratatouille,’ ‘Despicable Me,’ ‘Monsters vs. Aliens’ and the ‘Lego’ movie franchise.

Plus, the beloved Terry Crews from ‘Brooklyn 99’ will also be lending his voice to one of the characters in ‘Rumble.’ A former football player, he is also known for playing Julius in ‘Everybody Hates Chris.’ He hosts ‘America’s Got Talent’ and has appeared in movies such as ‘White Chicks’ and ‘The Expendables’ franchise.

In addition, the ‘Stranger Things’ actor, Finn Wolfhard will also be a member of the movie’s voice-over cast. Other than the Netflix show, he is notable for appearing in the 2017 movie, ‘It’ and will be seen in another horror flick, ‘The Turning’ next year apart from ‘Ghostbusters: Afterlife.’

Apart from the above-mentioned actors, ‘Rumble’ will feature voice-overs from multiple WWE wrestling superstars like Roman Reigns and Becky Lynch as well. Dave Bautista, a former WWE wrestler who is currently an actor will also be heard in the movie. Holding the record for longest reign as the World Heavyweight Champion, Bautista has enjoyed a prolific movie career as well with appearances in ‘Blade Runner 2049,’ ‘Spectre’ and the MCU.

Rumble Crew: Who is Behind It?

‘Rumble’ will mark the directorial debut for the animator, Hamish Greave. He has previously worked on movies as a story artist for the movie, ‘Shrek 2’ and head of story for ‘Rise of the Guardians.’

‘Rumble’ will be another effort by Paramount Animation. The studio is behind movies such as ‘The SpongeBob Movie: It’s a Wonderful Sponge’ and ‘Sherlock Gnomes.’  Paramount Pictures will be distributing the movie, while WWE Studios, Walden Media and Reel FX Animation Studios will also serve as the production companies backing it.

Furthermore, Christopher Lennertz has been roped in to compose the movie’s musical score. He has gained prominence for his musical score in the movies, ‘Alvin and the Chipmunks,’ ‘Sausage Party’ and ‘Horrible Bosses.’

Rumble Release Date: When Does it Premiere?

The tentative release date of ‘Rumble’ is July 31, 2020. Though it is subject to chnage. The movie’s association with WWE makes it a promising animation entry. Moreover, the makers’ creativity with regards to creating a speculative world of monster wrestling makes the project even more exciting. It might resemble a world like ‘Pokemon’ where fictional creatures are trained to wrestle against each other.