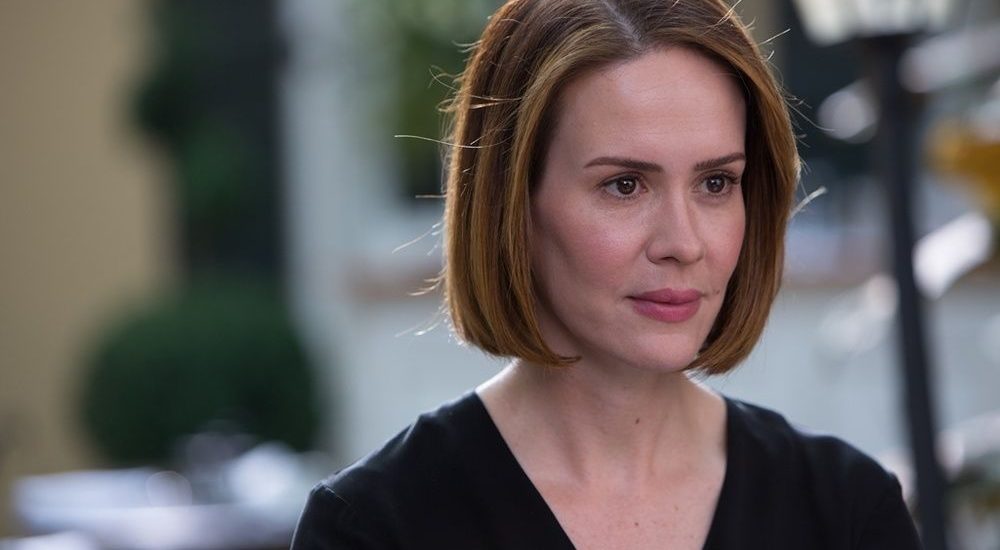 Mothers are the universal symbol of unconditional love and one of the things that this ensures is that it spurs numerous thriller premises or character sketches. The mother that would kill to protect her offspring has been depicted multiple times on television shows and movies. Moreover, this leads to another representation- that of the mother with a sinister secret. The fact that mothers are seen as pure beings fuels this idea, making it more impactful. For instance, the television series, ‘The Act’ was an example of this trope. The upcoming thriller, ‘Run’ by Aneesh Chaganty employs a similar premise.

For starters, it has the overprotective mother. And secondly, there is a child with a disability. ‘The Act’ and numerous other adaptations of Dee Dee and Gypsy’s real-life story have shown us how that is the perfect recipe for a mind-bending tale of shocking twists and turns.

While families are universally regarded for undoubted support and love, it can be rather scary to imagine facing threats from them. Social conditioning subconsciously coerce us to close our eyes and trust those related to us by blood. But good thrillers are known for making us sleep with one eye open and that is why they attempt to make up surprising means of extorting shocks. Take for instance, dolls: these harmless toys have been converted into horror tropes due to the large number of movies featuring ghosts possessing them.

Run Plot: What is it About?

‘Run’ is written by Aneesh Chaganty and Sev Ohanian. It follows a teenage girl who has lived a life of complete isolation due to her differently-abled condition which forces her to move about in a wheel chair and be home-schooled. This character is similar to that of Gypsy in ‘The Act,’ which is based on a real-life person as both of them are depicted to be sheltered by an overprotective mother throughout their life.

‘Run’ follows this isolated teenage girl who discovers a dark and sinister secret about her mother. This discovery leads to her life being unraveled and her gaining a new perspective. Since the movie is a thriller, we can expect the discovery to lead to tons of more conflict and edge-of-the-seat tension.

Sarah Paulson plays the lead character in the movie. The forty-four-year old actress stars as an overprotective mother whose darkest secret is uncovered by her daughter. Of late, Paulson was seen in the heist movie, ‘Ocean’s 8’ and the first season of ‘American Crime Story’ titled ‘The People v. O.J. Simpson.’ She even found herself featuring in Time Magazine’s list of 100 most influential people in the world in 2017. Paulson’s career in the beginning was marked by appearances in several comedy movies like ‘What Women Want’ before she played a permanent role on the TV show, ‘Studio 60 on the Sunset Trip.’ Moreover, she has also performed on Broadway plays and has appeared in many notable movies like ‘Bird Box,’ ‘Serenity’ and ‘Glass.’

Other than Paulson, newcomer Kiera Allen is also a part of the movie’s cast. Given the actress’ young age, it can be expected that she would play the role of the isolated daughter of Sarah Paulson. This could be a great opportunity for Allen to display her acting skills due to her character’s unconventional nature.

Run Crew: Who is Behind it?

The film is directed by the Indian-American filmmaker, Aneesh Chaganty. Born in Washington, Chaganty is a first-generation immigrant whose parents moved to the United States in the ‘80s. He is a winner of the Alfred P. Sloan Feature Film Prize. He earned that award for his directorial debut, ‘Searching.’ That movie also featured the theme of parenthood in a thriller premise. ‘Searching’ took a look at fatherhood as a father struggled to find his missing 16-year-old daughter. It was also the first mainstream Hollywood thriller to have starred an Asian-American actor: John Cho. Chaganty shot to fame after his two-minute long VR movie, ‘Seeds’ went viral and garnered more than a million views on YouTube in a span of 24 hours. After that, he worked at Google creative lab, directing commercials. Chaganty worked on over 25 short films before he began ‘Searching.’

‘Run’ is being distributed, produced and financed by Lionsgate studio. Apart from that, Chaganty and Natalie Qasabian would also be co-producing the movie. Torin Borrowdale has handled its music score while the cinematography is done by Hillary Spera.

Run Release Date: When Does it Premiere?

‘Run’ is scheduled to release on May 8, 2020 in the US. Its filming had wrapped up in the months of November, 2018. If movies about families harboring dark secrets and characters turning out to be something extremely different than who they seemingly have been, ‘Run’ will surely be worth checking out.