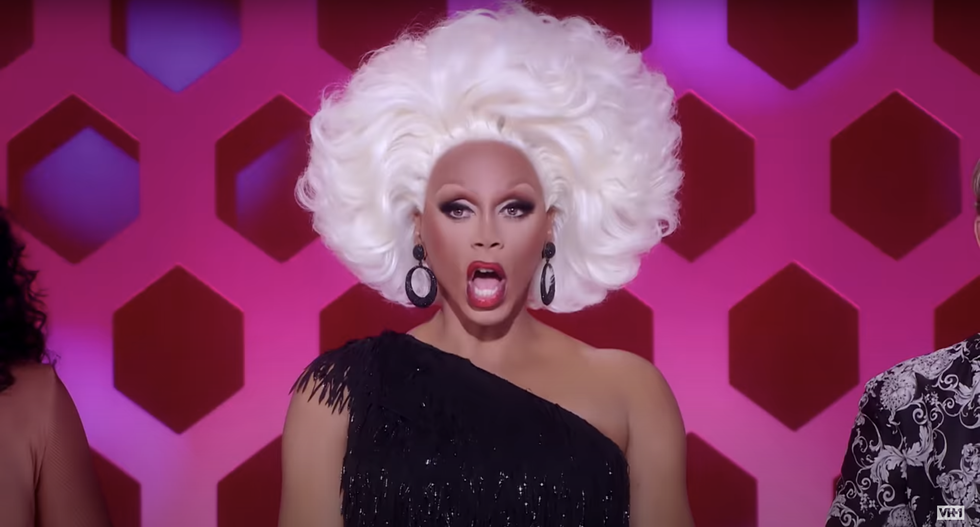 ‘RuPaul’s Secret Celebrity Drag Race’ is a special spin-off of the chart-topping reality series, ‘RuPaul’s Drag Race‘. The essence stays the same and yet, there’s a fab twist. In each episode, three celebs get a makeover while being mentored by returning drag queens from previous seasons of the parent show.

The guests then partake in familiar Drag Race challenges like the Fashion Runway and Snatch Game. Finally, each episode announces a winner, and s/he is announced as “America’s Next Celebrity Drag Race Superstar.” S/he also wins a cash prize of $30,000 that can be donated to a charity event of his/her choice.

Now that you have a fair idea of what the sensational show is all about, let’s get into its exact details. When will ‘RuPaul’s Secret Celebrity Drag Race’ release? And most importantly, who are the stars featured in the episodes? Read on to find out.

‘RuPaul’s Secret Celebrity Drag Race’ season 1 premieres on April 24, 2020, on VH1 at 9.30 pm ET/ 8.30 pm CT. The limited, special event will consist of four episodes. VH1 has promised to keep it short and sweet and we are excited to see how the claim turns out for the channel.

Helming the judging panel is, of course, RuPaul himself. The four-time Emmy winner expressed his excitement about the show, stating: “RuPaul’s Secret Celebrity Drag Race is a blast. We put these celebrities through it! Because no matter how famous your charisma, uniqueness, nerve, and talent is, you still put your pantyhose on one leg at a time” — as reported by NBC News. Joining him as the rest of the judges are three familiar faces — Michelle Visage, Carson Kressley, and Ross Matthews.

Starring as the mentors aka ‘Queen Supremes’ are notable former contestants from the series. They had either been a winner of any of the past seasons or had left an impression among fans. Each episode sees a trio of queens, with each queen being paired with the featured celeb. The names that have been confirmed until now are Alyssa Edwards, Asia O’Hara, Bob the Drag Queen, Kim Chi, Monet X Change, Monique Hart, Nina West, Trinity The Tuck, Trixie Mattel, and Vanessa ‘Vanjie’ Mateo.

Finally, who are the celebs appearing in the show? Well, the series is titled ‘Secret Celebrity’ for a reason. And it features stars from film, music, and television. What we do know is ‘Scream’ alum Nico Tortorella appears in the first episode. He is paired with Bob the Drag Queen as his mentor while his Snatch Game opponent is Lucille Ball.

The rest of the celebs will only be revealed as the episodes drop on tv. But this has not stopped fans from speculating and making educated guesses. Chat show host Stephen Colbert, who was seen in ‘RuPaul’s Drag Race’ season 10 has been predicted by many to appear in one of the episodes.

Joining the guess list is Harry Styles, who had hinted in October 2019 that he wishes to be a part of the celebrity edition. He is also well-known for his gender-defying styles — both in fashion and music. So, he is an ideal candidate. Even the official Twitter handle of ‘RuPaul’s Drag Race’ had dropped a hint about noticing Styles while tweeting: “Okay @Harry_Styles, we see you girl.”

We have another contender in ‘Spiderman’ alum Andrew Garfield who had appeared as a judge in ‘Drag Race UK’. Other likely names, which have been suggested by fans include a mix of both queer and straight celebs such as Hayley Kiyoko, Troye Sian, Lesley Jones, Joel McHale, Mike “The Situation” Sorrentino, Jordan Connor, Jermaine Fowler, Alex Newell, Dustin Milligan, Matt Iseman, Phoebe Robinson, Madison Beer, Loni Love, Tami Roman, and Margaret Cho. Jerry O’Connell and his wife Rebecca Romjin, both good friends of RuPaul, might also make appearances in the show.

Well, the above-mentioned names are just intelligent guesses from viewers. The actual stars will only be revealed once the show starts airing on VH1. As described by its promo, it brands itself as “the most star-studded competition in history.”

You can check out the trailer for the show below: