In some way or the other, Russell Crowe evokes archetypal memories of Greek-Roman gods and figurines. His career-defining role of the Roman General Maximus Decimus Meridius in the 2000 historical epic directed by Ridley Scott, ‘Gladiator’ cemented his legendary, archetypal image. Born in Wellington, New Zealand, Crowe moved to Sydney, Australia, at the age of 5 with his parents, who were caterers on film sets. The Crowe family returned to New Zealand in the late-70s. The young man discovered his passion for music and released the single ‘I Want to Be Like Marlon Brando’ under the name Rus le Roc in 1980. He launched a band called 30 Odd Foot of Grunts along with a friend and served as a singer, guitarist and songwriter for the next couple of years. But he couldn’t resist the call of films and returned to Australia during the early ‘80s.

Crowe’s first acting role was in the 1983 musical ‘Grease.’ After a short sting with a touring theater, he landed first feature film role in ‘Blood Oath.’ His breakout role came with the 1992 movie ‘Proof,’ in which the actor played the role of a naive dishwasher. Crowe took Hollywood by storm with his 1995 American Western film ‘The Quick and the Dead.’ He played a major role in the flick alongside Sharon Stone, Gene Hackman and Leonardo DiCaprio. Movies like ‘Virtuosity,’ ‘Rough Magic’ and ‘Breaking Up’ soon followed. ‘The Insider,’ which was directed by Michael Mann and starred Al Pacino, became pivotal in Crowe’s career in the late-90s.

In 2014, Crowe made his feature directorial debut with the film ‘The Water Diviner.’ The drama, which follows a father desperately searching for his lost sons in a war-torn Europe, met with positive reviews. Crowe returned to the familiar turf of playing emotionally complex characters with the 2015 flick ‘Fathers and Daughters.’ He is one of the few actors in Hollywood who are comfortable playing characters with troubled minds. At this point you must be wondering what is the next Russell Crowe movie or TV show? Well, here’s the list of upcoming Russell Crowe films and TV shows scheduled to release in 2019 and 2020. We can only hope that the latest Russell Crowe movies would be as good as some of his recent ones. 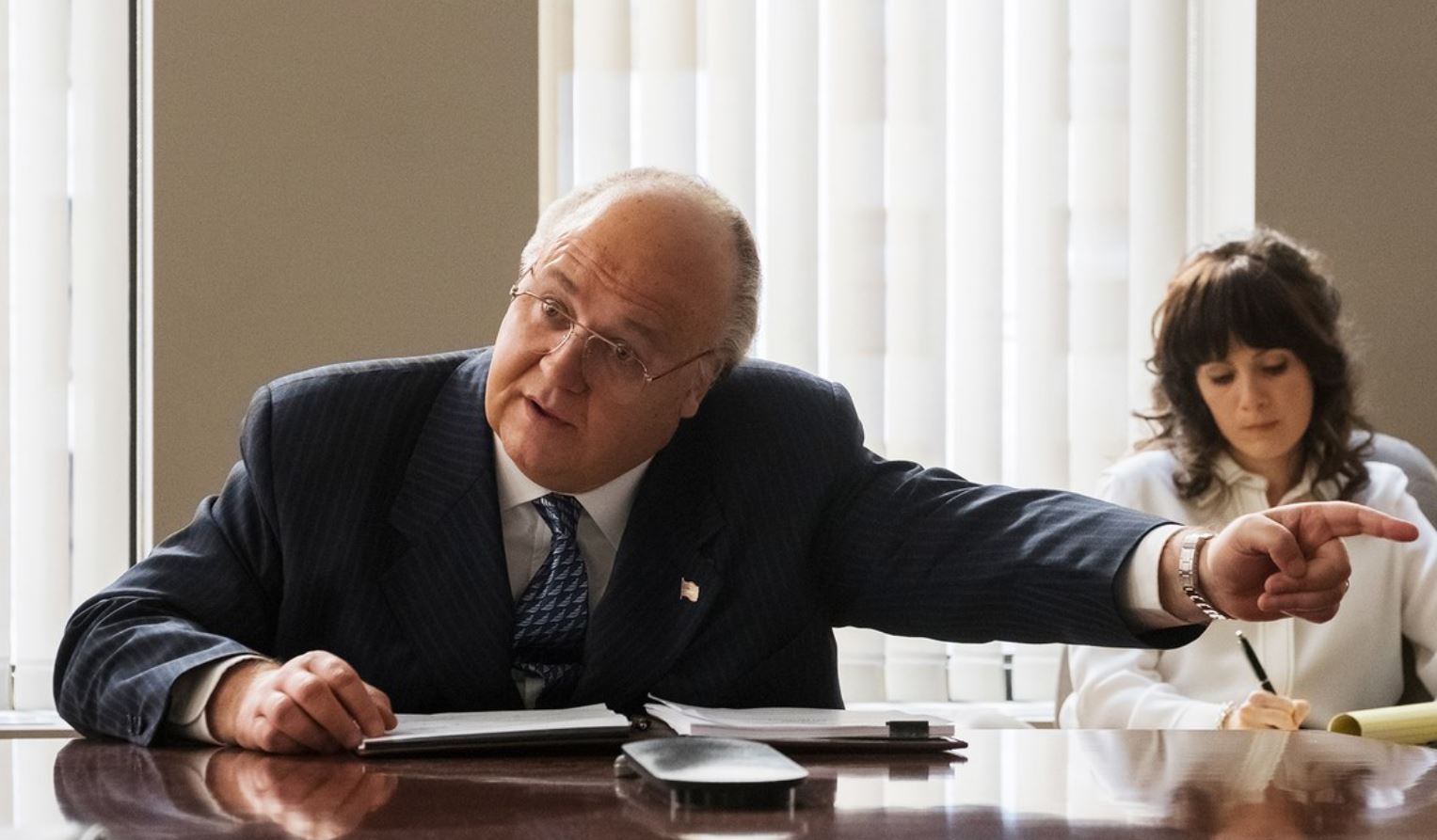 Russell Crowe steps into the shoes of one of the most controversial figures in the history of American media — Roger Ailes, the founder of Fox News in ‘The Loudest Voice.’ The Showtime series is based on the book ‘The Loudest Voice in the Room’ by Gabriel Sherman. The plot chronicles Ailes’ meteoric rise to power in Fox News and his aggressive media campaigns during the presidential election which earned him the tag “de facto leader” of the Republican Party. But the media mogul fell from the prime of his reign when Gretchen Carlson (Naomi Watts), a former Miss America and anchor of the popular show ‘Fox and Friends,’ turned up with serious sexual harassment allegations against Ailes. She revealed that Ailes fired her from Fox News after she denied his sexual demands. Following Carlson’s lead, other women also turned up with shocking revelations that forced Ailes to step down in 2016. He died of a heart attack later. 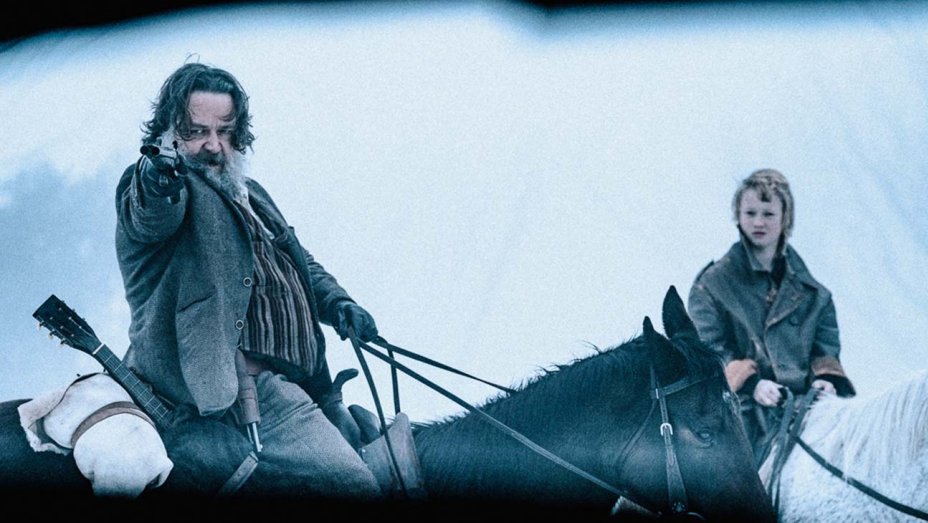 The long-awaited ‘The True History of the Kelly Gang’ features an ensemble cast that includes Russell Crowe, George MacKay, Nicholas Hoult, and Essie Davis. Based on the 2000 Australian novel of the same name by Peter Carey, the plot follows Ned Kelly (George MacKay), one of Australia’s most infamous outlaws. He was known as a notorious bushranger, outlaw, gang leader, and murderer. Kelly joined forces with another ruthless bushranger Harry Power (Russel Crowe) when he was a teenager. Power, whose actual name was Henry Johnson, landed on Australian soil as a convict with a sentence for 7 years. In 1848, he moved to Sydney and expanded his illegal operations under the name Harry Power.

Meanwhile, a bloody face-off with police landed Kelly in trouble and he has been declared an outlaw along with his brother Dan and two associates. The Kelly gang started widespread criminal activities across the territory under Government of Victoria.’ Travis Fimmel, Sean Keenan, Dacre Montgomery, Harry Greenwood, Thomasin McKenzie, and Earl Cave also play major roles in the film. Directed by Justin Kurzel from a screenplay adapted by Shaun Grant, ‘The True History of the Kelly Gang’ is expected to come to theaters in 2019. 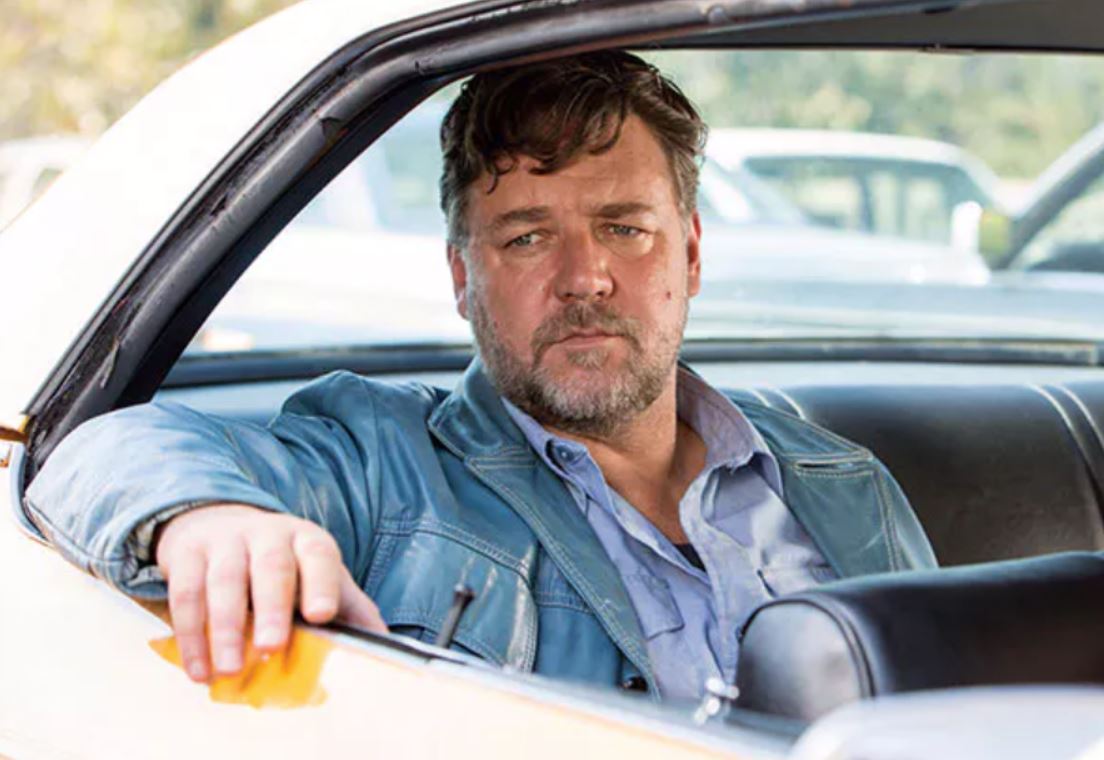 “Described as a psychological road rage thriller” by Variety, ‘Unhinged’ features Russell Crowe in the lead role. According to the official synopsis, the plot follows a mother who leans on her horn on the road when the wrong guy (Crowe) is ahead. A simple incident in her daily life eventually grows into a terrifying conclusion for the woman and everyone who knows her. ‘Unhinged’ is directed by Derrick Borte from a screenplay by Carl Ellsworth. The movie is the first production venture of the newly formed Solstice Studios based in Los Angeles. The Studio announced that the film would start rolling production on July 15 in New Orleans. According to reports, Solstice eyes for a 2020 third-quarter release of ‘Unhinged.’ 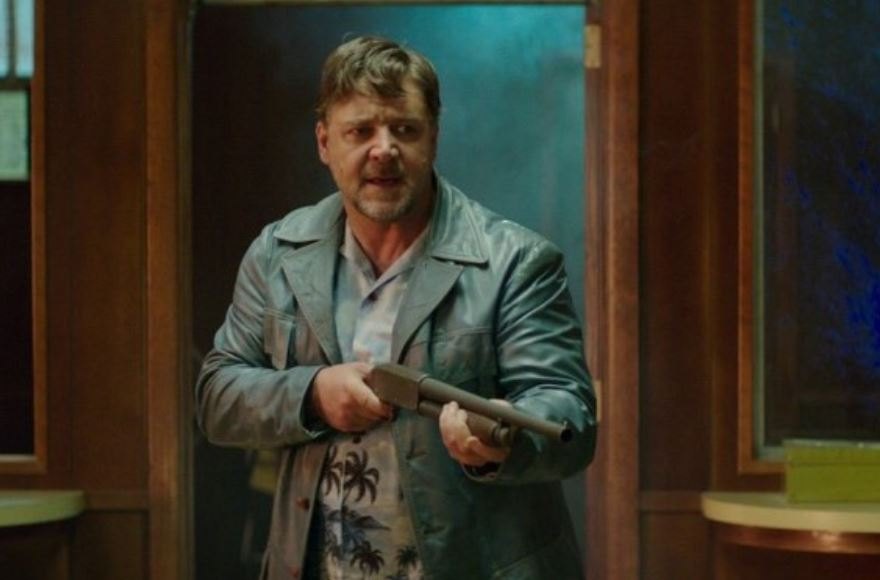 ‘The Long Green Shore’ has been in the pipeline for a long time as Russell Crowe’s sophomore directorial venture. But the actor is tight-lipped about the project, which is in the development hell. The movie has been rumored to be based on the novel of the same name by John Hepworth. Set in the backdrop of World War II, the plot follows a group of soldiers who find themselves fighting a lost battle in the midst of the wilderness of New Guinea. As the devastating World War approaches a climactic showdown in Europe and other war fronts, the Australian soldiers fight tooth and nail with the Japanese army in the rain-soaked jungle. Written in 1947 and published in 1995, John Hepworth’s novel was hailed for its gripping account of the helplessness of soldiers as the pawns of a war they had nothing to do with. Critics hailed the novel as a masterpiece of war fiction. More details about Russell Crowe’s part in the project are unknown.