Where Is Ryan Mackey Today? 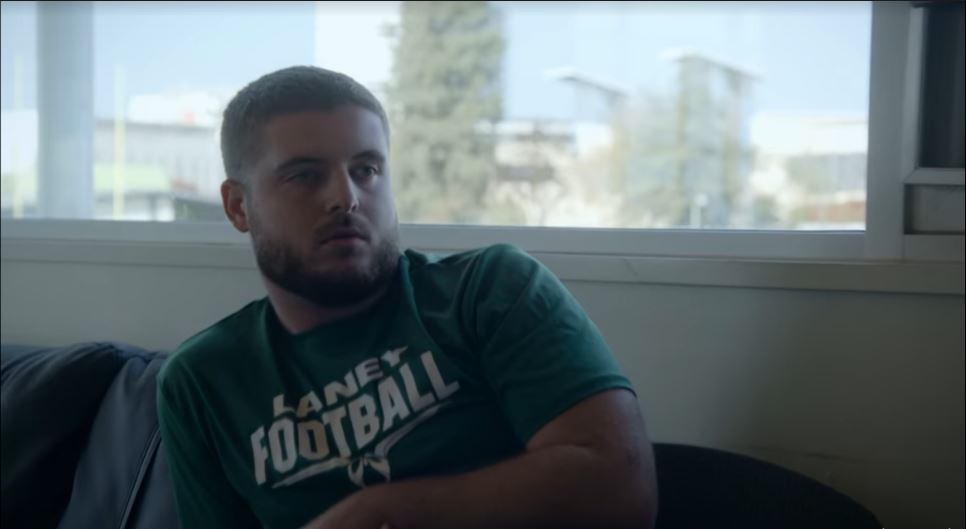 ‘Last Chance U’ is Netflix’s critically acclaimed sports docuseries. It delves deep into the intricacies of junior college football and sheds light on the academic struggles of the featured players, their backgrounds, and their journey towards making the most of their “last chance” to secure a place for themselves in the sports community. The show started off by focusing on the football program at East Mississippi Community College before moving to Independence Community College in Kansas. After a total of four seasons in these two locations, the producers decided to end the series by showcasing the program at Laney College in Oakland, California, in Season 5.

Although the filming locations have changed over time, the basic eye-opening premise remains the same. In the last season, ‘Last Chance U: Laney,’ the show featured collegiate athletes who aimed to turn their lives around and make it better by being under the guidance of Coach John Beam. And, one such athlete was Ryan Mackey.

Who Is Ryan Mackey?

Ryan Mackey is a Californian native through and through. The 6’3″ 225 lbs Quarterback is built for athleticism, and he has used it to his complete advantage. Not only his physique, but his passion for sports and his drive to make something of himself in the field also plays a role in what he does. It pushes him to work hard to be the best that he can be. The Rio Vista High School Graduate played football in school as well, but, along with that, he also participated in basketball and baseball, making the varsity team each year. However, he did leave basketball in his final year. His football stats show that he threw a total of 1,623 yards with a 15.0 average in his senior year and that his quarterback rate was 94.0.

Ryan won player of the game multiple times and was even awarded the Sierra Delta League MVP Athletic Award before he graduated in 2017. Therefore, how he ended up at Laney instead of a Division 1, or even a Division 2 college, unfortunately, we do not know. But, one thing is for certain, Ryan hasn’t let adversity come in between him and his passion. Even when he injured his meniscus during practice at the start of the season at Laney, he was on the sidelines every day. He watched, he helped others, and he made sure that he was up to speed, after all, he did have plans to return and play, which, he did, quite successfully.

Where Is Ryan Mackey Now?

Football is Ryan’s life, that much even we were able to ascertain when we saw him on the series. Therefore, when he got injured, he stopped thinking about playing for other colleges and didn’t know what to do. Even Coach Beam told him that he was now probably a Division 2 player because of his mobility issues. But, as far as we know, Ryan Mackey is still at Laney College as the starting quarterback. The season has been postponed until spring of 2021 because of the global pandemic, but according to Ryan’s hudl profile, he graduates in 2022, so he still has plenty of time to make his mark and transfer out to a better university.