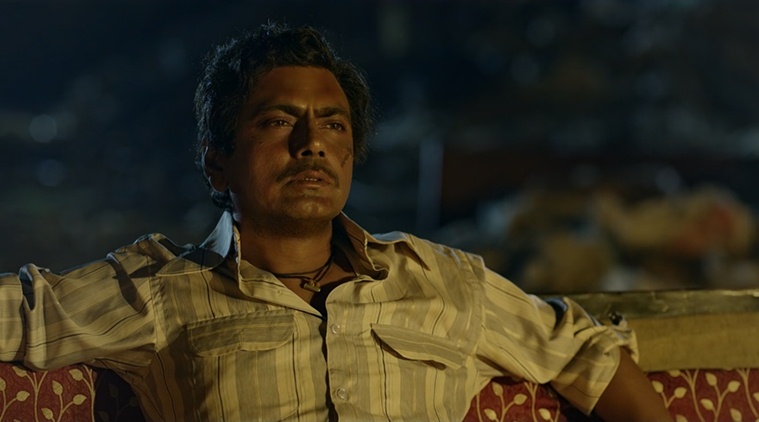 The third hour of ‘Sacred Games‘ season 2 is more of a slow burn that focuses on Gaitonde’s hunger for fame and simultaneously, Sartaj’s hunt for more clues that can get him closer to the truth behind the nuclear blasts that are being plotted. At this point, it seems like the show has found more of a natural flow with stories of all the new major characters unfolding simultaneously without disturbing the overall story.

Gaitonde’s side of the story brings back elements from the previous season and also signify how he still craves to be as powerful as he once was. All of this is portrayed as more of a comic relief but right after all of this ends, ‘Sacred Games’ starts to rush its pace and takes a very serious dark tone similar to that of episode 1. While the progression on Gaitonde’s side is rather uneventful in the episode, still you sense some very significant revelations are in store in the upcoming episodes.

The episode starts with Sartaj and his team getting more cues on who transported all the radioactive material required for the nuclear blasts. This leads them to Mandavi where they meet two twins who’ve been handling Shahid’s shipping business for a while. Initially, they’re not able to get any response out of them. But when one of them is taken away, the one who remains is forced to tell them the truth. That’s when intelligence officers find out that the boat used for delivery is still hidden somewhere in the port of Mandavi. The episode comes to an end as soon as the police forces discover all the radioactive substances that were left behind in the boat.

It is also revealed that while everyone assumed Isa to be the leading force behind Mumbai Blasts, it was actually Shahid Khan who had been executing these and Isa was just supporting him. Knowing all about this, Yadav insists that to get to Shahid Khan, Gaitonde must talk to Isa. This really pisses him off and he decides to stop working for her. To show him her true power, she brings down the whole drug empire that he had built in Kenya. This is when Gaitonde seeks Guruji’s help and yet again, gets further lured into his bigger sinister plans.

Soon after this, despite earning a whole lot of money out of his drug business, Gaitonde feels bad about not being famous enough. He decides to make a movie depicting his life and it’s these scenes that bring in some comic relief for a while. But right after this, the show turns back to its grim tone and first reflects on the disappointment Gaitonde feels because of his lack of fame. In the present timeline, we see Sartaj still suffering because of all the memories of his past. Towards the end, Parulkar finds out that Gaitonde is in Mumbai for the premiere of his movie and decides to kill him. But again, Yadav uses her powers and saves Gaitonde.

Jojo again makes the whole atmosphere even darker by opening Gaitonde’s eyes to the fact that he is no hero and the sole reason why his film did not do so well is that he did not portray himself as the bad guy in it. We also get a very tiny glimpse of one of her flashbacks again, but as of now, it’s hard to determine what these truly mean.

One scene that’s really disturbing in the episode is when Sartaj meets Yadav in the present timeline. She seems to be extremely traumatized by something from her past. When Sartaj asks her about her relation with Anjali Mathur (Radhika Apte from Season 1), she starts to panic and says “Bloody Mathur”. Hopefully, we’ll get to know more about that in the subsequent episodes.

The third episode ends up being a mixed bag overall. There are moments like graphic depiction of the victims of the nuclear exposure and beautiful visuals dwelling into the whole idea of afterlife where the episode truly lives up to the potential of the show. But there are also moments, especially the whole story arc of Gaitonde producing a film on his life, that feels lightweight unnecessarily distracting. Though, what is not to be missed here is how Kashyap has spoofed Ram Gopal Varma in the episode. While it is funny as long as it lasts, it also undermines the overall intense nature of the show.

On performance front, both the lead actors are as good as ever. Nawazuddin shines even in the comedic parts, but the star of third episode is definitely Saif Ali Khan. Unlike Gaitonde, nothing much was revealed about Sartaj in season 1. But season 2, and this episode in particular, further explores his deepest fears and insecurities and Saif’s gritty performance helps audiences in truly understanding what his character is going through. In the grand scheme of things, this episode may not mean much but by the end of it, it leaves you craving for the next.