When Will Sacred Sites Season 3 Premiere on Smithsonian? 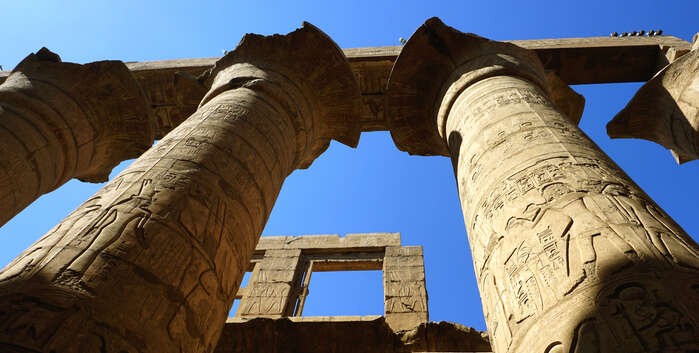 A relatively recent series, ‘Sacred Sites’ made its debut in 2016 and is produced by Tile Films. The show has had two successful seasons so far. Now the question is, will there be a ‘Sacred Sites’ season 3? We will delve into that question, but first let’s quickly look into the details of the series.

Sacred Sites Cast: Who is in it?

Although ‘Sacred Sites’ is a historical television series, it dramatizes the myths it explores instead of presenting them in a documentary format. Hence, the show has a long list of cast members who play small roles in these dramatic explorations of myths.

However, since each episode of the show explores one particular myth, there is no fixed list of cast members and the cast differs with each episode. Further, the cast involves actors and actresses who are not very well known. Some of the actors and actresses who have appeared in the show include Mehdi Aissaoui, Hami Belal, Rajae El Jaouhari, Karim Elidrissi, Martina Babisova, Nathalie Clément, Zeff Lawless, David Llyod, and Tristan McConnell.

If ‘Sacred Sites’ is renewed for a third season, we expect the show to follow a similar format. Hence, Season 3, if greenlit, could include a host of new names for playing small roles in each episode. We’re keeping our ears open for news on the cast of Season 3 and we’ll update this section as soon as we hear something reliable.

What is Sacred Sites about?

As mentioned earlier, ‘Sacred Sites’ is a historical television series which explores myths related to ancient historical monuments, artifacts, or legends. Each episode in each season focuses on one particular myth and, through visits to the site and research, tries to uncover the bases of these myths.

In the first season, ‘Sacred Sites’ explored what led to the doom of the people of Chaco Canyon, secrets related to the Egyptian Pyramids, the mysteries behind the prophecies of the Greek Oracles, the true nature of the Knights Templar, and whether the marvelous stone city of Petra was once governed by women.

The second season is similar to the first season in its exploration of myths and legends in history. The first episode of the second season focuses on the legend of King Arthur and tries to uncover the truth about King Arthur’s existence or non-existence. The second episode of the show takes viewers to Mexico and Guatemala and it explores the bases of Mayan beliefs through a tour of magnificent Mayan sites.

The third episode focuses on the Christian pilgrimage route to Spain’s Santiago de Compostela and tries to uncover its ancient origins. The fourth episode is equally intriguing as it takes viewers to Malta and tries to uncover the reasons behind the collapse of Malta’s temple civilization around 2,300 BC. The penultimate episode in the second season focuses on Egyptian priestesses and examines new evidence which points to the existence of a power structure controlled by women in ancient Egypt. Finally, the last episode of the second season focuses on something more contemporary and explores the bases of the Nazi belief about the superiority of the Aryan race.

If ‘Sacred Sites’ gets renewed for a third season, we can expect the show to continue in a similar vein. However, what topics Season 3 might explore is anyone’s guess as of now, and we can’t say for certain what awaits us till an official announcement reveals details.

Sacred Sites Season 3 Release Date: When will it premiere?

Although a year has passed since then and it was received enthusiastically by fans, there has been no news on ‘Sacred Sites’ season 3 release date. It remains to be seen whether the series will be renewed. Although such informative shows are usually renewed within a year of a season ending, a non-renewal right now is nothing to get worried about. Going by the history of ‘Sacred Sites’, there was a gap of two years between Season 1 and Season 2, and this could well be the case with Season 3. Hence, a renewal announcement might be made in early 2020 and our best guess is that Sacred Sites season 3 can release sometime in August 2020.

Since ‘Sacred Sites’ has not yet been renewed for a third season, there is no new trailer to look forward to. While you wait for news on Season 3, here’s a clip from the show to give you a glimpse into what it is all about. If and when a trailer for Season 3 is released, we’ll be sure to update this section to reflect the same.

Read more in TV Preview: This Is Us | Shameless