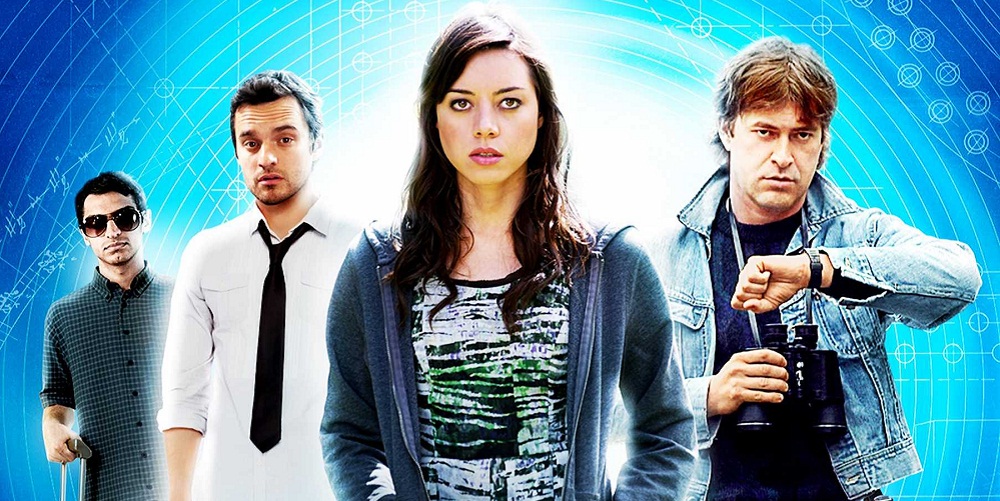 If we could, wouldn’t we all turn our clocks backward and change some of the most defining moments of our past? Time travel movies often serve as reminders to us that even if could turn back time, there isn’t much we would be able to change. ‘Safety Not Guaranteed’ sends out a similar message through its feel-good time-travel rom-com romp. Despite its low budget, it wonderfully delivers what it intends to and towards its end, it even leaves you with some intriguing questions surrounding its creative sci-fi plot points. So here’s a detailed breakdown of the entire film.

Darius works as an intern at a Seattle-based magazine and gets the opportunity to investigate the motives of a mysterious man who posts a classified ad seeking a time travel partner. She is accompanied by a staff writer, Jeff, who only takes up the assignment to meet his high school flame, and  Arnau, a fellow intern who has low self-esteem. While Jeff learns about some harsh realities of life and Arnau gets some memorable experiences in the real world, Darius gets close to Kenneth, a man who firmly believes that he can travel to the past. The closer she gets to him, the clearer she gets about who he is, what his motives are, and most of all, whether he’s an actual time traveler or not?

The Ending: What it means for Jeff, Arnau, Darius, and Kenneth? 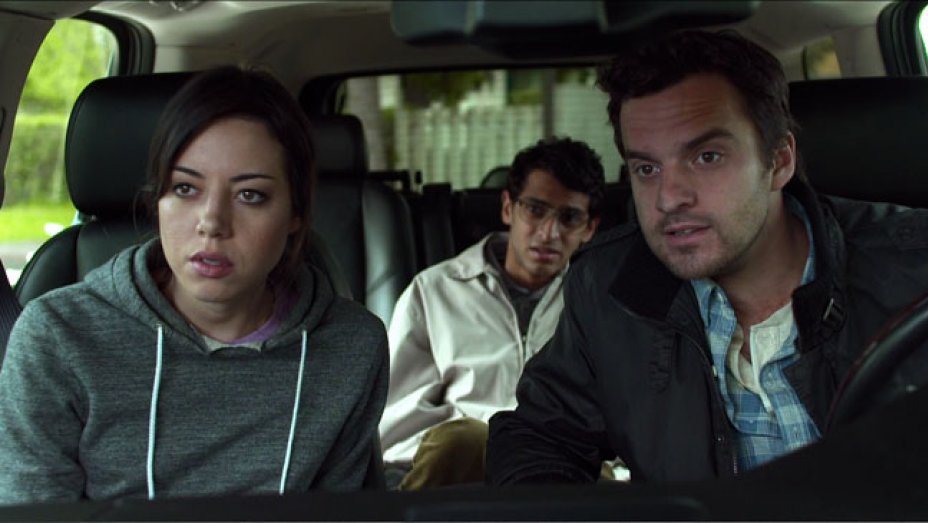 For starters, let’s consider Jeff’s side of the story. Jeff purposefully brings up the assignment just to meet the girl he thinks he loved as a teenager. He carries pictures of the girl, and in his head, he idealizes her, believing that she’ll still be as pretty and charming as she once used to be. During these moments, Jeff is living in the past. And thus, when he finally meets her and finds out that just like him, she has grown old and does not look how he imagined her to be, he feels disappointed. Even after these moments, Jeff relentlessly holds on to the memories of his past and tries to be with his teenage love all over again. But only when she rejects him, he learns a crucial lesson about living in the present instead of living-off a past that is almost a fantasy.

The film intends to achieve something similar with Arnau’s characterization. Throughout the movie, Arnau buries his face behind his laptop screen and avoids dealing with any uncomfortable situations in the real world. The film heavily implies that Arnau prefers to stay in the fantastical world of video games just to escape life. After getting rejected by his high school flame, Jeff realizes that Arnau isn’t too different from him. He learns that just how he wasted almost half of his life idealizing a relationship that was long lost in the strands of time, Arnau, too, is dreaming his life away instead of achieving anything real. And so, Jeff tries to brush off his newly-learned “living in the present” credos onto Arnau and makes him realize that there’s a lot more to the present than he knows.

Although quite vague and grounded in its representation, the film uses these two secondary protagonists to show that one does not necessarily need a time machine to get caught up in the tedious loops of life. Their brief trip ultimately turns out to be very cathartic as they learn that the past is long gone, and there’s nothing they can do to bring it back. What they can do is make the best of their present and hope that a better future awaits them. 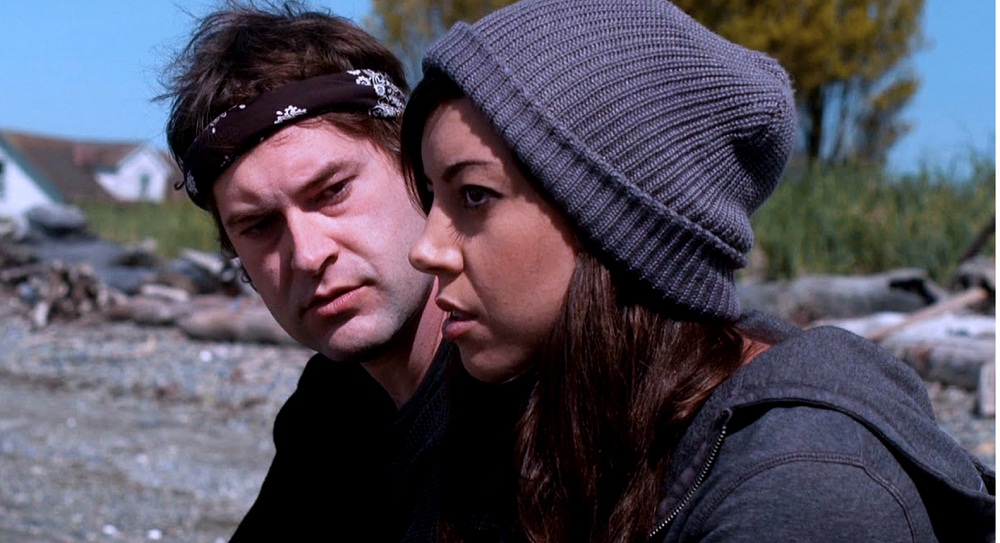 Darius and Kenneth’s part is much more complicated—both narratively and metaphorically—since it seemingly involves real-time travel. Towards the end of the film, Kenneth reveals that he wants to travel back in time to bring back his dead girlfriend, Belinda. But Darius later discovers that Belinda is very well alive. When she meets her, Belinda tells her that she and Kenneth never really dated. Kenneth just got mad at her for dating another guy and rammed his car into her boyfriend’s living room. When she confronts Kenneth by claiming that Belinda is alive, Kenneth seems surprised and responds by saying that Belinda is probably alive because he traveled to the past and saved her.

Although Darius does not believe him, she later discovers that his time machine exists. In the closing scene of the movie, Jeff, Arnau, and Dalius find the lake where Kenneth keeps his time machine. While Jeff and Arnau watch the time machine from a distance, Kenneth asks Darius to step inside his machine and join him on his time travel adventure. Darius accepts his offer, steps on the boat, and the two of them then disappear into thin air. The ending of the movie is purposefully ambiguous, and viewers can derive several theories for what it means for Darius and Kenneth’s relationship.

However, the true meaning of the movie’s ending lies in Kenneth’s final words to Darius. “I am going back for you,” he says. With this, he implies that this time around, he has no intention of going back to the past to change his relationship with Belinda. He only wants to go back to experience a time travel adventure with Darius, instead of rectifying whatever happened. Even for Darius, who becomes socially awkward and alienated from the world after her mother’s death, the ending shows how she, too, is letting go of her past by not expecting to change it but by embracing it.

Did Kenneth Previously Travel Back in Time? 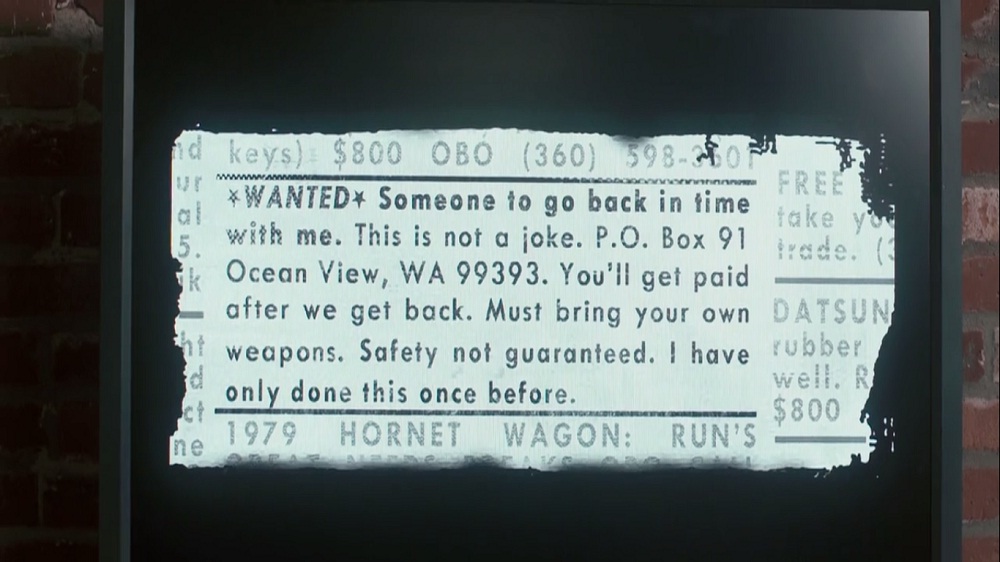 Considering the scientific part of the film, one can’t help but wonder if Kenneth previously traveled to the past or not. His ad says that he has only done it once before, and even when Darius tells him Belinda is alive, he claims that he saved Belinda by traveling to the past. Now since Kenneth’s time machine did actually exist, it seems likely that he wasn’t lying about previously going to the past to save Belinda. To get a better understanding of this, let’s rewind to the scene where Kenneth first tells Darius about Belinda. According to him, in 2001, a drunk driver rammed into her living room and killed her.

Conversely, according to events that Belinda recalls, Kenneth was the driver who hit his car into her living room. So it seems like the events behind Belinda and Kenneth’s relationship are a combination of what both of them recall. Here’s what happened.

In 2001, Kenneth and Belinda were dating, and that’s when a drunk driver crashed into Belinda’s home and killed her. So in 2012, living with grief, Kenneth built up a time machine and traveled back to 2001 to save Belinda. In an attempt to save her from the drunk driver, he crashed his own car into her home but ended up ruining his relationship with her. This event led to a parallel reality where Belinda was alive but did not love him anymore. So just to fix everything between him and Belinda, he wanted to travel back for the second time. But in the end, he realizes that no matter what he does, the past can never be changed. And so, instead of using his time machine to change the past, he uses it to embark on an adventure with Darius.