What is Sammy Sosa’s Net Worth? 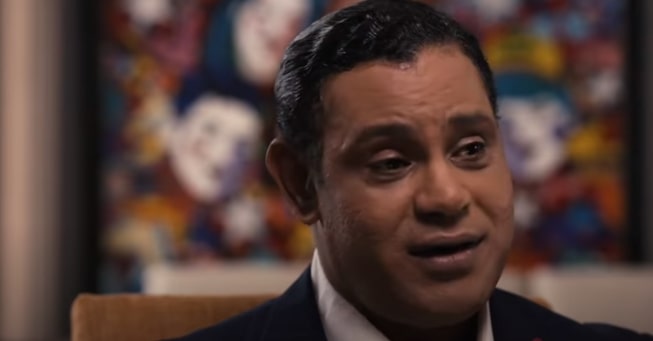 Sammy Sosa was born in extreme hardship in the Dominican Republic. After his father passed away when Sammy was seven, he had to sell oranges and shine shoes to make ends meet for his mother and six siblings, while their family lived in an abandoned hospital. Baseball became Sammy’s escape and he started playing from the age of fourteen. However, he used a branch as a bat, an old milk carton as a glove, and a rolled-up sock as a ball.

From such humble origins, Sammy went on to become one of the revered names in US baseball history, best remembered for the great Home Run Chase of 1998 where he went toe to toe with Mark McGwire. Their competitive spirit revitalized interest in baseball and the two even made the evening news at the time. Recently, Sammy and Mark’s exploits have become the subject of ESPN’s ‘Long Gone Summer.’ Sammy retired from the game in 2009 but is now an international man of business. So, how much is Sammy Sosa worth?

How Did Sammy Sosa Make His Money?

Sammy initially signed a minor league contract with the Philadelphia Phillies which was later voided because he was only 15 at the time. However, the Texas Rangers successfully signed him at the age of 16 with a $3,500 bonus. Sammy made his major league debut three years later. He then headed to the Chicago White Sox after which he played for the Chicago Cubs. Sosa started his astounding rise to fame with the Cubs and midway through 1997, he signed the extension to remain with them for four more years, for $42.5 million.

In 1998, Sosa earned the distinction of winning the MVP (most valuable player) award. Sosa also spent part of his career with the Baltimore Orioles, finishing off with the Texas Rangers. Throughout his career, Sosa reportedly earned around $124,068,000.

After the 1998 season, Sosa became a household name. As his popularity exploded, he signed multimillion-dollar endorsement deals with PepsiCo, Montgomery Ward, Latin American telco TriCom, and around a dozen other companies. “Slammin’ Sammy’s Frosted Flakes” became an item to be consumed after it hit the shelves and High Heat Baseball 2001 made him the cover athlete.

Sammy Sosa’s estimated net worth is around $70 million as of 2020. Currently, Sosa has several business ventures around the world, from oil in the Dominican Republic to stormproof housing in Panama. He has business interests like beverage, hospitality, and real estate in places like the United Arab Emirates and the United Kingdom. Sammy owns real estate down in Miami and Santo Domingo as well.

Sosa ran into some legal troubles in April 2019, when a New Orleans law firm reportedly tried to serve him a lawsuit stating that he owed $161,500 to an Aspen rental property where he’d stayed during the holiday season of 2017-18. However, the issue seems to have been resolved. Apart from that, there’s always the looming cloud of doubt about Sosa’s alleged use of performance enhancement drugs, but the former baseball star has moved past the negativities to have a successful and happy family life.

Read More: What is Garth Brooks’ Net Worth?