What Happened to Sammy Sosa’s Skin? 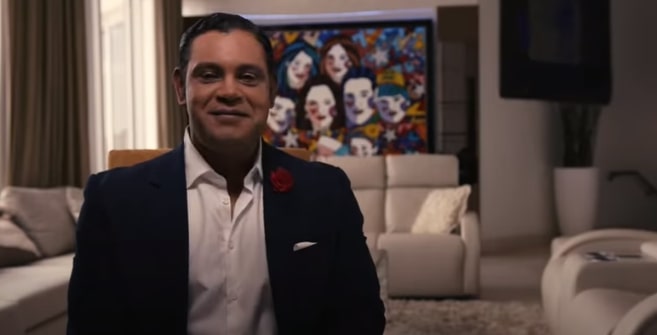 Sammy Sosa will perhaps be remembered for the Home Run Chase of 1998 where he gave stiff competition to Mark McGwire. Hailing from the Dominical Republic, Sammy delivered some of his best performances with the Chicago Cubs. ’30 For 30: Long Gone Summer’ on ESPN brings back the rivalry into the spotlight. However, many fans have a sensitive question for Sosa, which is completely unrelated to his prowess as a baseball player. They want to know what happened to his skin.

After Sammy retired from the game in 2008, fans spotted him at a music awards ceremony in 2009, sporting a much lighter complexion than what he had a year earlier. It had people scratching their heads and Sammy even clarified the matter, saying, “It’s a bleaching cream that I apply before going to bed and whitens my skin some. It’s a cream that I have, that I use to soften [my skin], but has bleached me some.”

Once the pale and smiling Sosa was spotted at the Grammy Latino Awards ceremony in Las Vegas, fans had different opinions. Some felt he might have undergone surgery to whiten and soften his facial features while others believed it to be the side effects of his alleged steroid use. However, Sosa dismissed the theories, clarifying the matter, saying “What happened was that I had been using the cream for a long time and that, combined with the bright TV lights, made my face look whiter than it really is. I don’t think I look like Michael Jackson.” He told people that the cream could only be purchased in Europe.

According to Sosa, he kept using the cream for years, which led to the startlingly white complexion by the time he appeared for the ESPN interview in 2017. Several people have pointed out how bleaching is a sign of racial self-loathing and sends out the message that white skin is the best skin. However, Sosa has hit back at people criticizing him saying that they don’t know him but pretend they go back to Sosa’s time in the Dominican Republic. The baseball legend has also asserted that he is not racist.

In an interview with Sports Illustrated, Sosa pointed out that his luxury cushioned him from what others spoke about his skin tone. He said, “Look at what I am today,” Sosa said. “This is my life, and I don’t take garbage from nobody. I do whatever I want.” However, fans have been very surprised by Sosa’s change, with one netizen even saying that his recent pictures and older photos make it appear that the two individuals are unrelated.

Sammy Sosa then, and Sammy Sosa now, don't look like the same human being. They don't even look related to each other. pic.twitter.com/bp9QxysV3y

Sammy has been forthcoming about bleaching his skin, which is certainly appreciable but several people have remained fixated on questioning why he did it in the first place. After all the transformation is rather striking as you can see for yourself.

Rebecca Polihronis, a former Chicago Cubs employee also spoke about Sosa’s change saying that he underwent a skin rejuvenation treatment, which is very common among women. Despite some amount of backlash that Sammy had to face from fans, he has taken the entire situation in good humor. Sammy jested that he might even market the cream as a good businessman since it has worked wonders for him. While it resolves the controversy surrounding Sosa’s skin, it is best to look beyond surface appearances and appreciate the legendary player for his skills.