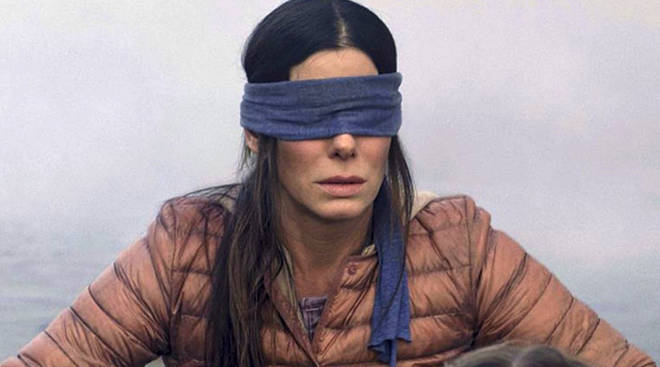 Sandra Bullock is an American actress, producer, and philanthropist. After making her acting debut with a minor role in the thriller ‘Hangmen’ in 1987, she received early attention for her performance in the sci-fi action film ‘Demolition Man’ in 1993. Her breakthrough came in the action thriller ‘Speed’ in 1994.

A string of film successes followed ‘Speed’, and she soon established herself as a Hollywood leading actress. In the romantic comedy ‘While You Were Sleeping’ in 1995, she portrayed a lonely Chicago Transit Authority token collector who saves the life of a man. She received her first Golden Globe Award nomination for Best Actress – Motion Picture Musical or Comedy. In 1995, Bullock also starred in the thriller ‘The Net’ in 1995, as a computer programmer who stumbles upon a conspiracy, putting her life and the lives of those around her in great danger. ‘The Net’ made $110.6 million.

In the crime drama ‘A Time to Kill’ in 1996, she portrayed a member of the defense team in the trial for the murder of a young girl, opposite Samuel L. Jackson, Matthew McConaughey and Kevin Spacey. She received an MTV Movie Award nomination for Best Breakthrough Performance. The film grossed $152 million around the world. She received $11 million for the critically panned ‘Speed 2: Cruise Control’ in 1997, which she agreed to star in, for financial backing for her next project, ‘Hope Floats’ in 1998.

She achieved further success in the following decades in ‘Miss Congeniality’ in 2000, ‘Two Weeks Notice’ in 2002, ‘Crash’ in 2004, ‘The Proposal’ in 2009, ‘The Heat’ in 2013, and ‘Ocean’s 8’ in 2018. She was awarded the Academy Award for Best Actress and the Golden Globe Award for Best Actress in a Drama for playing Leigh Anne Tuohy in the biographical drama ‘The Blind Side’ in 2009 and was nominated in the same categories for her performance in the thriller ‘Gravity‘ in 2013.

Her greatest commercial success is the animated comedy ‘Minions‘ in 2015, which grossed over $1 billion at the box office. In 2007, she was one of Hollywood’s highest-paid actresses, and in 2015, she ranked as the highest-paid actress. She was also named “Most Beautiful Woman” by People magazine in 2015.

In addition to her acting career, she is the founder of the production company Fortis Films. She has produced some of the films in which she starred, including ‘Miss Congeniality 2: Armed and Fabulous’ in 2005 and ‘All About Steve’ in 2009. She was an executive producer of the ABC sitcom ‘George Lopez’ which ran from 2002 to 2007 and made several appearances during its run.

At this point, the question that might be circling your mind is what is the next Sandra Bullock project? Well, the good news is that we have a clear answer to that question. Here’s the list of upcoming Sandra Bullock films scheduled to release in the near future. We can only hope that the latest Sandra Bullock movie would be as good as some of her recent ones. 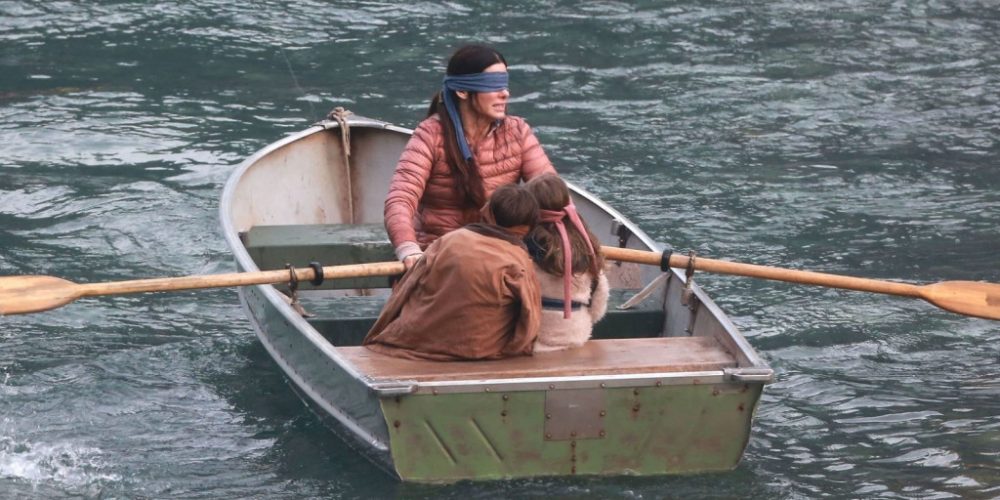 ‘Bird Box’ is an American post-apocalyptic horror film directed by Susanne Bier and with a screenplay by Eric Heisserer based on the 2014 novel of the same name by Josh Malerman. The film stars Sandra Bullock, Sarah Paulson, Trevante Rhodes, Jacki Weaver, Rosa Salazar, Danielle Macdonald, Lil Rel Howery, Tom Hollander, Machine Gun Kelly, BD Wong, and John Malkovich. It had its world premiere at AFI Fest on November 12, 2018. The film released on Netflix on December 21, 2018.

The plot follows a post-apocalyptic world, picking up five years after an unseen force nearly drives all of the human population to suicide. We pick up the story at a chilling time, seeing a woman rowing two children down a river in a boat. They are all blindfolded because seeing the presence drives humans to kill themselves. The tale is told as a flashback and we get to know how the characters ended up where they are. The movie gets its name from the fact that the trio has birds in a box, that they carry with them since birds alert the humans to the presence of the creatures that could drive them to kill themselves. After several adventures and close calls, the trio finally makes it to a safe sanctuary, where they meet other survivors. All of this serves to promise that the highly successful Netflix movie could also get a sequel.