Sarah Jessica Parker learned the importance of playing various roles in real-life from her childhood experiences. She had a difficult childhood as her mother and stepfather struggled to support the large family from their moderate income. So, Parker started contributing to the family income from the money she earned as a dancer, singer and ballet artist from a young age. Her mother played an important role in exposing the little girl to a “rich and full life” of art and culture. The family gave her unconditional support to emerge as a child artist during the early years of her career. They moved to Cincinnati and Dobbs Ferry, New York, for the convenience of the little actress, who was taking intense training in dancing and ballet at that time. Her first major stage appearance was the Broadway revival of William Archibald’s ‘The Innocents.’

The actress got the first breakthrough with the 1982 television series ‘Square Pegs,’ in which she played the lead role. The series ran for 20 episodes from 1982 to 1983. The success of the show opened doors for her to other series like ‘A Year in the Life’ (1987) and ‘Equal Justice’ (1990). Parker landed her first major feature film role in the 1984 film ‘Footloose.’ In the next year, she played one of the lead roles alongside Helen Hunt in ‘Girls Just Want to Have Fun.’ She emerged as a rising star with the success of both films. The early 2000s saw her dynamic transformation from an innocent teen star to an adult actress who can don complex characters.

The 1991 film ‘L.A. Story,’ featured the young actress opposite Steve Martin. In the next year, she garnered critical acclaim and stardom for her role in ‘Honeymoon in Vegas’ alongside Nicolas Cage. In 1994, Parker played the iconic character of Dolores Fuller in the critically acclaimed ‘Ed Wood’ opposite Johnny Depp who played the titular character.

Parker emerged as an A-lister with the television series ‘Sex and the City’ in 1998. Based on the 1997 book of the same name by Candace Bushnell, the HBO series featured her as the character of Carrie Bradshaw, who was the narrator and the protagonist. The plot follows four women who navigate through life and confide in each other despite their contradicting characters. Parker’s character went on to become a cultural icon of the decade and earned her two Emmys, three Screen Actors Guild Awards and four Golden Globes during the six-year run of the show. Carrie Bradshaw went on to become a symbol of female sexuality and feminine representations on the big and small screens during the 2000s.

In the meantime, the actress was also keen to establish herself as a bankable character actor with the movies ‘The Family Stone’ (2005), ‘Failure to Launch’ (2006), ‘Did You Hear About the Morgans?’ (2009), the film version of ‘The Sex and the City’ (2008), and ‘The Sex and the City 2’ (2010). Her first voice role was Kira Supernova in the 2013 animated feature ‘Escape from Planet Earth.’ After a series of guest appearances and supporting roles, she teamed up with HBO for the drama series ‘Divorce’ in 2016. The cult status of the ‘Sex and the City’ franchise also catapulted her as a fashion icon and a staple of fashion magazines.

She encashed her immense popularity and “fashion icon” image to endorse brands like Garnier and the Gap. Parker also launched an exclusive line of perfumes and shoes. In 2005, the actress launched her own production banner Pretty Matches, which has been producing original content for HBO and other networks. So now you must be wondering what is the next Sarah Jessica Parker movie or TV show? Well, here’s the list of upcoming Sarah Jessica Parker films and TV shows scheduled to release in 2019 and 2020. We can only hope that the latest Sarah Jessica Parker movies would be as good as some of her recent ones. 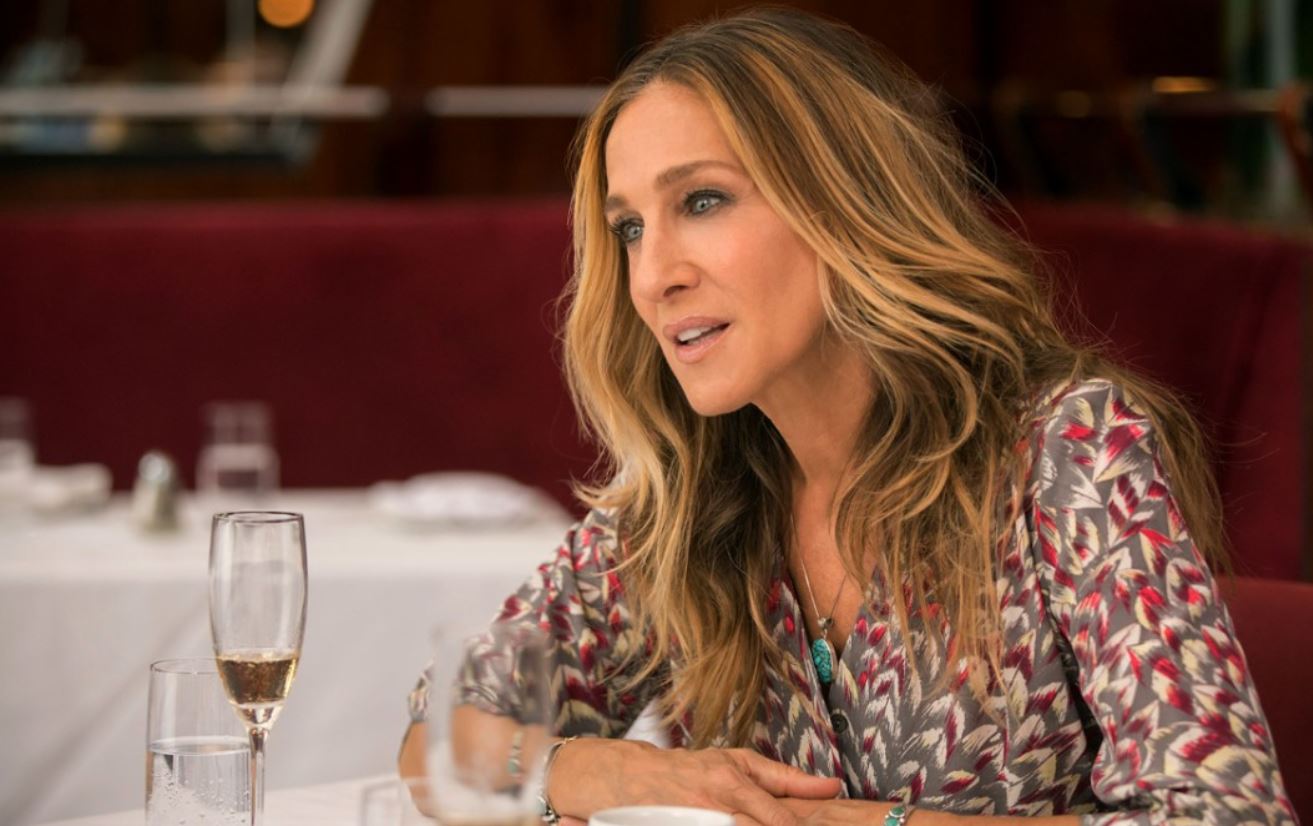 HBO’s drama series ‘Divorce’ tells the story of one of the longest divorces in television history. The plot follows a middle-aged couple Frances Dufresne (Sarah Jessica Parker) and Robert Dufresne (Thomas Haden Church) who navigate through the painstaking ordeal of divorce. Frances is torn between her husband and an affair while Robert goes through the dilemma of discovering her affair and the looming divorce. The series also stars Molly Shannon, Talia Balsam, Tracy Letts, Sterling Jerins, and Charlie Kilgore. Created by Sharon Horgan, ‘Divorce’ premiered on HBO on October 9, 2016. The first season consisted of 10 episodes. After season 1 garnered critical acclaim and significant ratings, the network renewed the series for a second season on November 14, 2016. The eight-episode season 2 premiered on January 14, 2018, and garnered positive reviews.

The plot follows Frances and Robert dealing with the aftermath of their separation in their own ways. They find themselves defenseless in the face of the stark realities of rebuilding life from scratch. Parker also executive produced season 2 along with Horgan, Alison Benson and Aaron Kaplan of Kapital Entertainment. HBO renewed the series for a third season on November 2, 2018, after long negotiations. Becki Newton, who joined the cast as a recurring member in season 2, has been promoted as regular for the third season. The upcoming season reportedly features a new showrunner, Liz Tuccillo after Jenny Bicks, who served as showrunner for season 2, left the show. Bicks took over from the first season showrunner Paul Simms, who exited after the first grand finale over creative differences. The network has announced on May 25, 2019, that the next season will be premiered on July 1, 2019.

Sarah Jessica Parker teams up with Sidney Kimmel Entertainment and Anonymous Content for the television series ‘Busted.’ The long-gestating project is based on the nonfiction book ‘Busted: A Tale of Corruption and Betrayal in the City of Brotherly Love,’ by Wendy Ruderman and Barbara Laker. The hour-long series reportedly follows the investigation conducted by Ruderman and Laker about the corruption in the police department of Philadelphia for Philadelphia Daily News. The reports earned them a Pulitzer for investigative reporting in 2010.

Parker is expected to play one of the journalists in the series. Though it was announced in 2014, the project has been trapped in development hell ever since. David Frankel, best known for ‘The Devil Wears Prada’ and ‘Marley & Me’, is set to direct the pilot; Don Ross has adapted the screenplay. The current status of the production of ‘Busted’ is unknown.