Where is Sarah Neeley From My 600-lb Life Today? 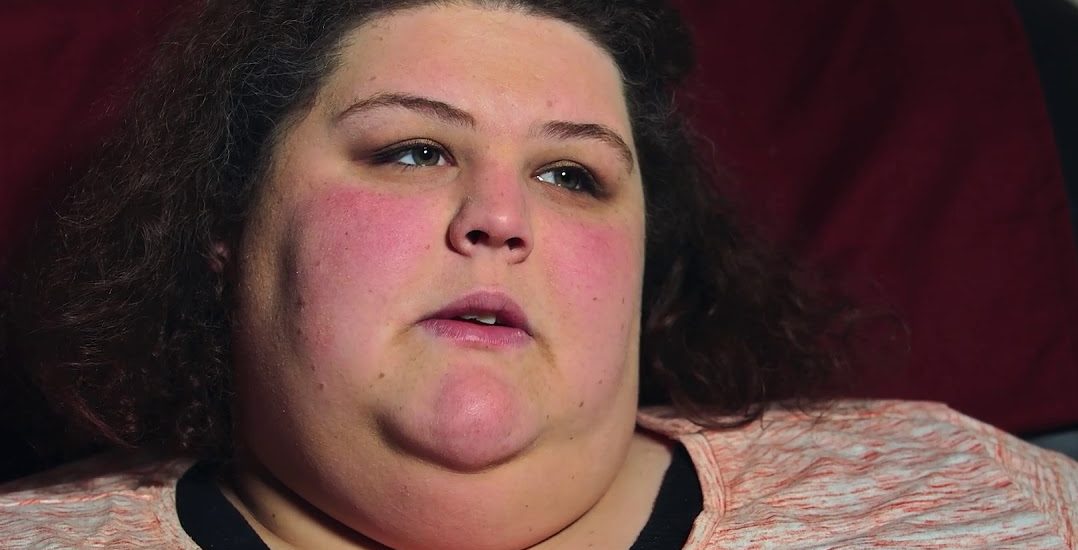 ‘My 600-lb Life’ on TLC is not just a show about morbidly obese people losing weight. It is a tale of how they battle addiction, with careful guidance and supervision from Dr. Now. Sarah Neeley has had resounding success after becoming a participant in the show, but she’s had an uphill battle personally. Curious to know about where she is at present? We have the latest news and updates here.

Sarah joined the show at the age of 24. Hailing from Dayton, Ohio, Sarah tipped the scales at 642 pounds initially. She shared her backstory, saying that her initial addiction to food started due to her father’s drinking problems, which resulted in fights between Sarah’s parents. Apart from coping via food, when her parents divorced, Sarah’s mother’s finances limited the amount of food she could consume.

As a result, the girl started to sneak food and developed an unhealthy eating habit. There was no controlling her downward spiral, and Sarah developed a cellulitis infection. She had to move back home for her mother and grandmother to tend to her. Due to her dire need for assistance at all stages, Sarah decided to turn things around.

Under Dr. Now’s supervision, Sarah had a rocky start. She gained 11 pounds instead of losing the suggested 30 lbs. However, once Neeley stuck to the program, Sarah was approved for surgery. She weighed 393 pounds, losing nearly 40.5% of her peak weight. See her transformation picture here.

Two years ago today I had my surgery. It's been a long hard journey. I will forever be grateful for #my600iblife and #drnowzaradan. For every obstacle that I have faced along the way that has made me become and still becoming who I am today. Everyday I try to balance self care, self love, work, family, friends, RECOVERY, and weight. It gets easier as the days pass but it's still hard. I'm loving my life now. I can only imagine what GOD has planned for me. I know that no matter what life throws at me I will survive. #imasurvivor

Where is Sarah Neeley Now?

Sarah’s weight loss has not been the only challenge she’s faced. In 2019, she had checked herself into a mental health facility to combat depression and anxiety. However, Sarah ended up having a miscarriage and lost her child. She was four months pregnant at the time.

The year was tough for Sarah, but she’s managed to get something good out of it. Apart from battling her food addiction, and emerging victorious, Sarah has also battled substance abuse. She’s never specified what substance abuse she was grappling with, but Sarah checked herself into rehab and has been on the straight and narrow ever since. You can check out a post about a sobriety meeting.

What in the sobriety living is going on #teammeeting #bestfriend #friendsinrecovery

Currently, she seems to work at Drury Inn & Suites Albuquerque North in Middletown, Ohio. She seems to have landed the job in February 2020, which is when she made the post that you can see here.

When you keep doing the next right thing, God will continue to bless you. Landed a job I have been wanting for a long time. I'm so extremely grateful💗💗

If 2019 was a year of struggles, 2020 is the year that bears the fruits of her hard work. Sarah shared on April 16, 2020, that she’s engaged to Jonah, her boyfriend. Sarah is also pregnant with a baby. See the montage of sweet pictures she’s posted.

I feel like the luckiest woman in the world. I get to marry the love of my life💜💚 @jcarp2000#godgaveuseachother

Sarah also noted that she is ready for a brand new start with Jonah and hopes it will be a utopia for the two of them.

Notably, Sarah has not mentioned how far along she is in her pregnancy. However, she is determined to continue down her path to achieving her dream weight. Sarah’s noted about being able to do the impossible by taking baby steps.

Start by doing what’s necessary; then do what’s possible; and suddenly you are doing the impossible.

Sarah’s had a remarkable journey, peppered with trials and tribulations. However, she has overcome some terrible hurdles and appears to be in a happy place in life right now. One can only hope she enjoys it, and from the ‘My 600-lb Life’ alum’s latest post, it is clear that her journey is far from over.

A journey it has been, and still is.

Read More: Where is Tracey Matthews From My 600-lb Life?