‘Saving Private Ryan’ is One of the Best War Films Ever Made. Here’s Why. 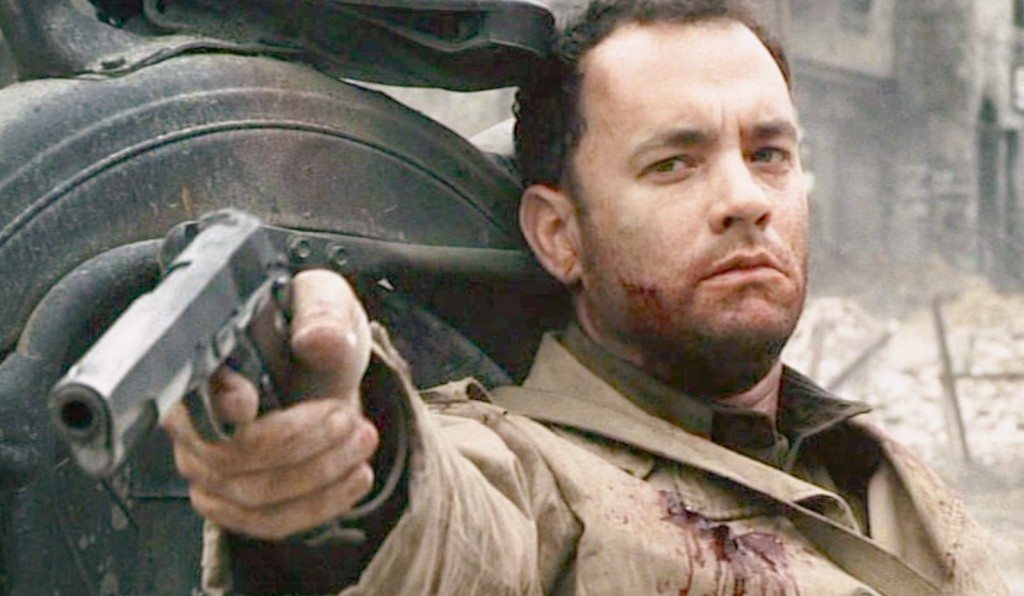 Whenever someone lists out his/her favorite war movies of all time, a certain Steven Spielberg’s 1998 classic can be found at the very top of the table. ‘Saving Private Ryan’ is a universally appreciated movie and one of the few to be loved by the critics and fans alike. This is apparently one movie which you cannot possibly hate. A war drama like no other, the mission to save Private First Class James Ryan is a tale everybody likes to watch and the emotion it displays is resonated thousand times fold. No one I ever talked to had anything bad to say about this feature film. 11 Academy Award nominations and being one of the biggest blockbusters of all time are the testimony of a film which has managed to please audience on both sides of the aisle. It might be truly, ‘the best war film ever made’.

‘Saving Private Ryan’ is by all means one of the very best directed movies of all time. Steven Spielberg was forced to explore a very different avenue altogether in this film. The famous Omaha Beach Invasion remains the very best on-screen choreographed battle sequence of all times. From the very first round of bullets whizzing past and killing hundreds of American soldiers as they prepared to land on the beach to the final blast of the bunkers as the paratroopers made their way through the enemy lines, Steven Spielberg took the audience from their cozy seats and threw them into the thick of the action. The American soldiers under the charge of Captain John Miller were forced apart by the Germans who began firing from a vantage point. Amidst the perpetual firing and falling bodies, Capt. Miller regroups his soldiers and prepares to take down the German defenses. Spielberg uses the handy camera to an astounding effect in this sequence. Using Capt. Miller’s point-of-view, he breathtakingly captures the motion of the man from the moment he steps out of the boat to the point he steps afoot on the ill-fated beach. The walk isn’t smooth, as he wades past the flying bullets and dropping bodies. He stumbles and momentarily gets submerged underwater and rises again before making his way behind the Czech hedgehogs and the camera does all that. This is one of the many instances which draws the audience into the battlefield with sheer brilliance and intensity. This innovative take and moment of genius perhaps won Spielberg the Best Director Prize that year. 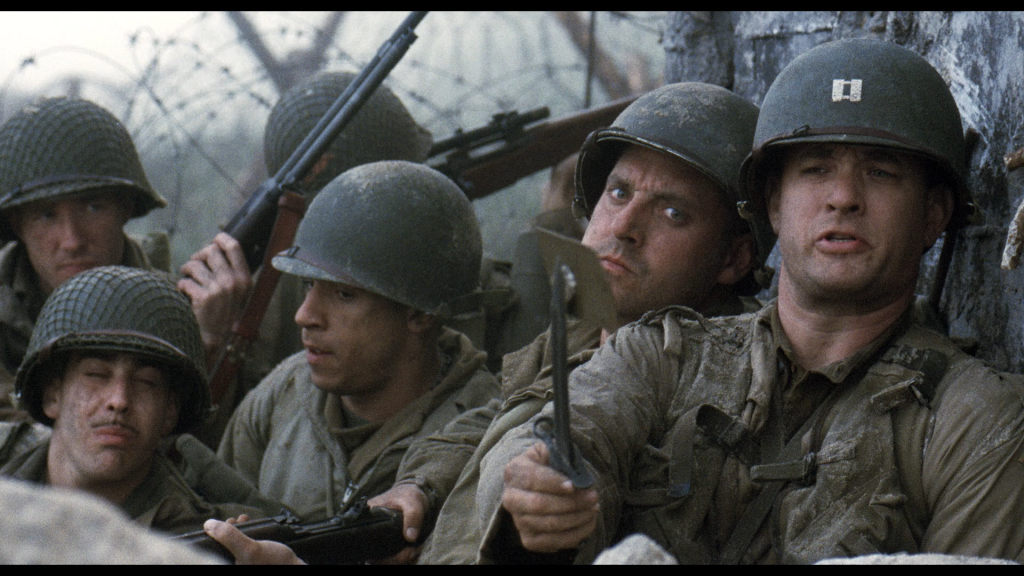 The underwater sequences with the soldiers trying to free themselves from their heavy backloads and suddenly getting shot as the bullets pierce through them is shot in complete silence, punctuated by the muffled sharp whizz of the flying metal shards. Blood spurts and a dense crimson cloud invades the deep blue and rises to the surface. The point of view changes from time to time as the action continues on the Omaha beach, shifting rapidly from the German vantage point to Capt. Miller’s eyes and the multiple general angles on the beach. This gives the audience a chance to gauge the battlefield and in Miller’s words ‘pre-sight every inch of it’. The bullets are accompanied by the occasional blasts of grenades taking lives and wind out of anyone who were lucky to survive the assault. Spielberg captured that too through Miller. The sudden cessation of sounds after a close call to the point when he begins to hear again served as moments to reflect upon the horror of the battle. These moments bring about the humane aspect of the entire film. The soldiers writhing in severe pain and one man lifting up his severed arm and carrying it with him show the unforgiving nature of the battle and prove ‘Saving Private Ryan’s’ anti-war stance. The blood from Miller’s helmet and the last shot of the beach cloaked in red are some of the most iconic moments from the entire sequence which is a perfect balance of action and emotion. 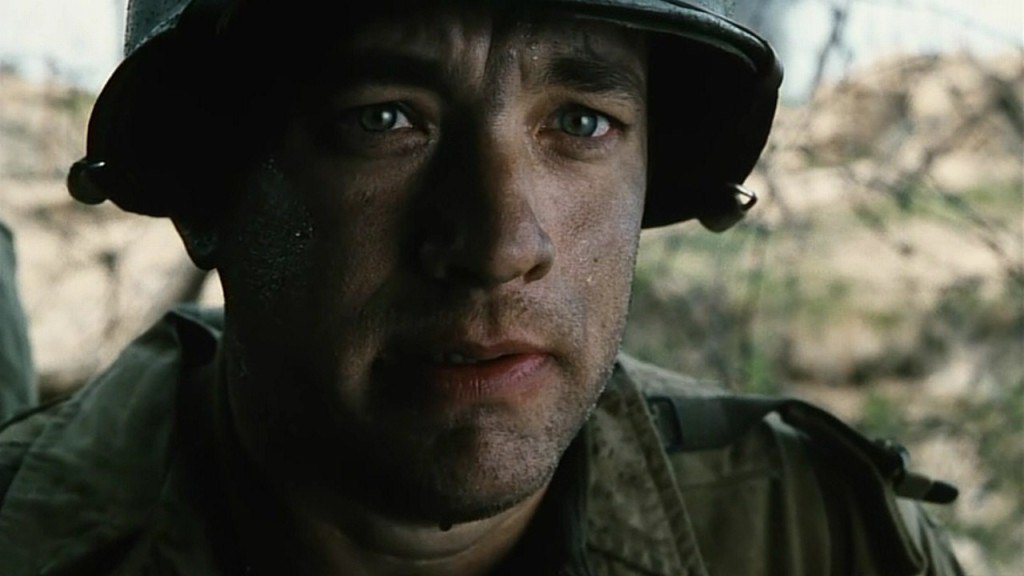 Later in the film, when Capt. John Miller leads his bunch of men in the mission to rescue Private James Ryan, the beautiful European countryside is captured brilliantly. The seemingly quiet green pastures seem like a dreamland far away from the battle that’s raging on. Death came suddenly here without the slightest warning. The deaths of Caparzo and Wade en route to their destination were shown as more emotional rather than horrific. The death of Caparzo by a sniper was preceded by a heartfelt moment, when the father of a stranded family wanted to hand over his girl over to keep her safe. The battle of snipers was short but never lacked in intensity. It was Hollywood at its finest when the bullet from Jackson’s rifle shoots through the rival’s scope and into his eye. This particular action scene was cinematic justice at best. Wade’s death right after he reminisces about his mother is a tear-jerker and the close up shot at his death brought about the pain physically and made it even more emotional. 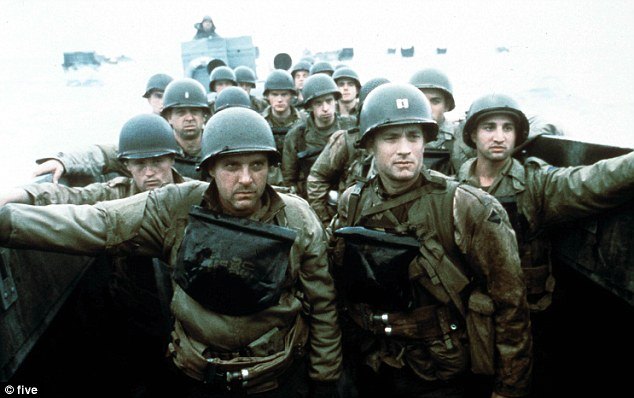 War is the worst abomination in mankind’s evolution and ‘Saving Private Ryan’ does everything to remind us about it. Captain John Miller is a person worth respecting and his character, tall, calm, decisive and clever earns the respect and gives that aura of resolution in times of crisis. Along with Lieutenant Colonel Nicholson (Bridge on the River Kwai) he stands at the top of the best cinematic war generals of all time. It’s his personality which keeps the searchers together when they were clearly miffed by the mission which seemed to have drawn its entire inspiration from the Bixby letter of Abraham Lincoln. Captain Miller’s dedication to his duty is admirable, even if he had to sacrifice his own men for it. He had to make the toughest choice and stick with it. He exemplified the role of a captain and no wonder when the army actually saw the movie, they stood up to salute their superiors. 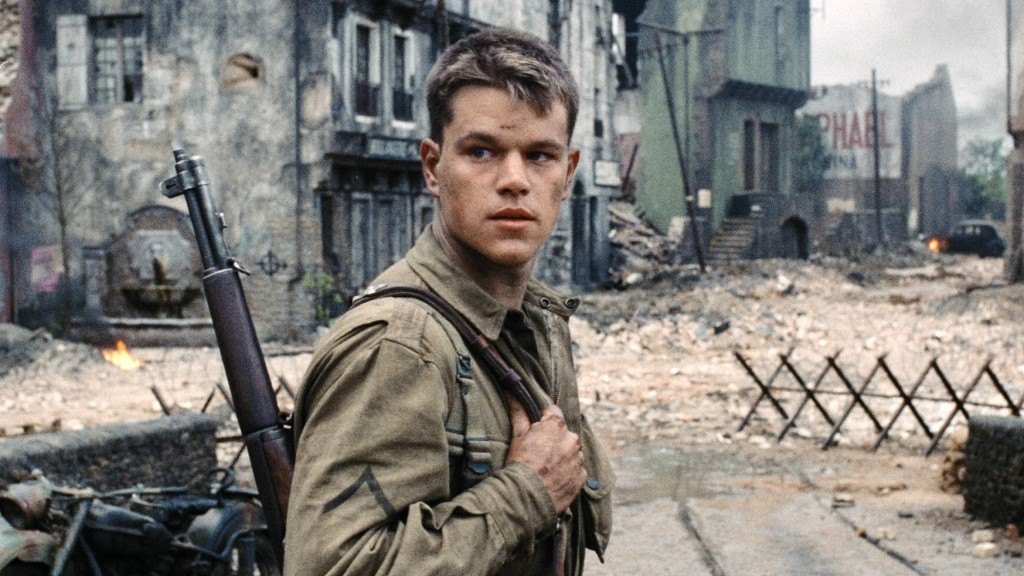 ‘Saving Private Ryan’ carried the entire foundation of its plotline on the famous Bixby Letter from Abraham Lincoln. It is emotional and proves the existence of humanity even during warfare. Pragmatism can take back a step and reality can relax a bit while emotion makes its play. It was really a stroke of luck that the Private James Ryan they were looking for turned out to be a strapping courageous soldier who was unwilling to let go of his post. If the soldier had been as weak and broken like the one James Ryan they had encountered before, the audience would have been disappointed to say the least. The search party wandered about the entire countryside looking for the soldier but their only encounters were either with Americans or Germans. There was no trace of any battalion from other Allied countries anywhere. For a film which went into the details of warfare expertly, one did expect completion. 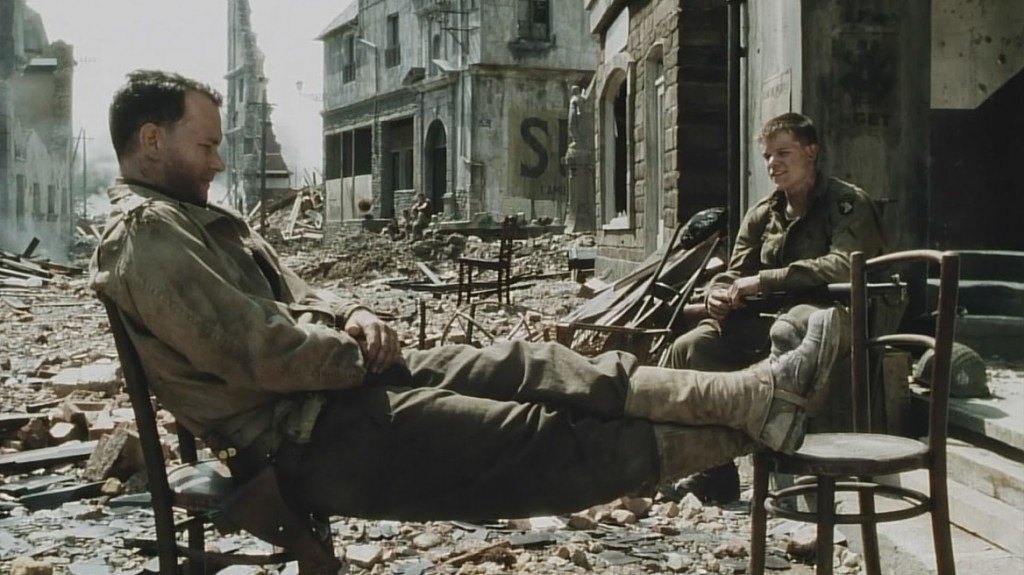 Climaxes are the most important part after the introduction in a film. After sitting and enjoying for 2 hours or more, if the ending doesn’t keep up to the standards, then the audience is left with a bad taste in his/her mouth. Spielberg had nailed it with the opening battle sequence. The climax too was a battle but instead of the direct action in the introduction, it was a covert mission amidst a rubble strewn city. After prevailing in an uphill battle against a parading German convoy with few weapons and ammunition, Captain John Miller was shot dead tragically by the same German whom they had freed post Wade’s death. Upham, who was the reason he had been let go, confronts and shoots him fatally before letting the rest leave unharmed. It was a perfect mainstream anti-climax. When Miller tires to shoot at a tank despite his fatal injury, a bomber plane throws it out of the game. The timing couldn’t have been better as it gives Miller a chance to tell Ryan his dying words, ‘Earn this’. The entire climax served as an amplification to the subtle tone of American glorification which was present throughout the film.

‘Saving Private Ryan’ is indeed one of the very best war films ever made, if not the greatest. The criticism drawn against it is only because of the tremendous expectations people have for it. War films are never made perfectly. Great ones like ‘Platoon’, ‘Bridge on the River Kwai’, ‘Battleship Potemkin’ all have their flaws. Steven Spielberg came what was closest to perfection with this 1998 masterpiece. Mel Gibson’s recent venture ‘Hacksaw Ridge’ turned heads and is perhaps the successor of this great movie. ‘Battle of Algiers’ and ‘Eshtebak’, two non-Hollywood productions which dealt with the humanism during revolutions are unseen jewels still. Only time will tell which the greatest war movie of all time is or will it be you?