‘Say I Love You’ is as relatable as an anime can ever be for anyone who has been in a serious relationship during high school. It’s one of those rare shoujo classics that shines brighter than all others solely because of the way it is presented to the audience. A high-school setup is very common for most anime these days but ‘Say I Love You’ is more like a breath of fresh air in this genre that takes you on a journey through an already known story. But it’s the unique lighthearted backgrounds that it offers that make your heart pound with joy and sadness. While most romance anime shows rely heavily on comedy, this show only has drama and romance as the two main underlying themes.

The overall execution of the show follows the typical shoujo ways of portraying settings and backgrounds. So don’t be surprised if you come across some predictable moments between the main characters and their “love story”. From the pilot episode itself, one can easily tell the direction in which the story is heading. All the situations that can arise in a high-school based romance will definitely be portrayed in one way or the other. But obviously, it’s not these cliches that make the anime special, it’s how these cliches are executed in a very relatable way that later makes you feel all warm and mushy inside. ‘Say I Love You’ is basically just a journey of a teenage couple, who discover themselves while they are together and along with that, they also find themselves on a path of self-fulfillment as individuals.

When it comes to the artwork of the anime, it is definitely not too high on the production value. But it’s perfect for a realistic high-school setup and is able to convey to the viewers what it’s all about. The character designs have been wonderfully done and each character’s expressions and body language clearly portray their personality traits. The music of the anime isn’t all that great and more often than not, it goes unnoticeable. Most of the time, it’s just your standard lighthearted soundtracks that play in the background that fits in just fine with the scenes they are played with.

Overall, ‘Say I Love You’ is a very pleasant series to watch when you’re in the mood for experiencing a wave of emotions from its heartwarming and realistic visuals. It’s one of those few Shoujo series that somehow fit in well within the boundaries of the genre without trying too hard. In life, we have all, at least once, experienced what it’s like to be loved by someone; ‘Say I Love You‘ will take you on a nostalgic journey through those emotions all over again. I would definitely recommend this to anyone who has never seen it and for those who have, we might have some news regarding a new season in the next section.

Say I Love You Season 2 Release Date: When will it premiere?

‘Say I Love You’ season 1 was released on October 7, 2012 and came to an end on December 12, 2012. This was followed by a one-episode OVA that was aired on July 24, 2013. Since then, the show has gained quite a lot of popularity and many fans have been demanding a Season 2. Now if we compare the anime with the manga, it barely covers only a few volumes of it that have already been published. This means that there is a whole lot of source material left for the anime to cover.

A few years ago, the odds of getting a season 2 of the show seemed quite high but now that almost seven years have gone by since its release and also the fact that we haven’t heard anything at all from the studio’s end about it makes me wonder if we’ll ever get a new season. Hopefully, ‘Say I Love You’ will not be one of those one-season wonders but as of now, it kind of looks like it’s heading in that direction. Still, if by some miracle the show does get renewed, as soon as we come to know about ‘Say I Love You’ season 2 release date, we will update this section.

Say I Love You English Dub:

You can stream ‘Say I Love You’ on Crunchyroll with its original Japanese audio and English subtitles.

Say I Love You Plot:

Mei Tachibana, who is the main protagonist of the show, has always believed that every friend of yours will eventually let you down. This mentality of hers is an outcome of a childhood incident where everyone in her grade school class had once blamed her for the death of the class pet. She now completely avoids any social situations and stays away from her peers to avoid getting hurt again. But this suddenly changes when she is forced to encounter a popular student named Yamato Kurosawa after a misunderstanding.

Mei wants nothing to do with the popular guy, but Yamato is somehow drawn towards her and insists that they should be friends. One day, just to avoid a dangerous situation where Mei is being stalked by a stranger, the two end up kissing each other and that’s the day when Mei starts to fall for Yamato. Soon, the two of them reach a point where their feelings for each other reach their peak. They decide to give in and start dating. After ages, Mei gains not only a boyfriend but a very loyal friend as well. But her past insecurities still lurk inside her and she finds it really hard to express her feeling to Yamato. Mei and Yamato set out on a journey of self-discovery where they learn more about accepting themselves and also, accepting each other as a couple. Most of all, they learn the true meaning of three “magical” words: “I Love You”.

Say I Love You Characters: 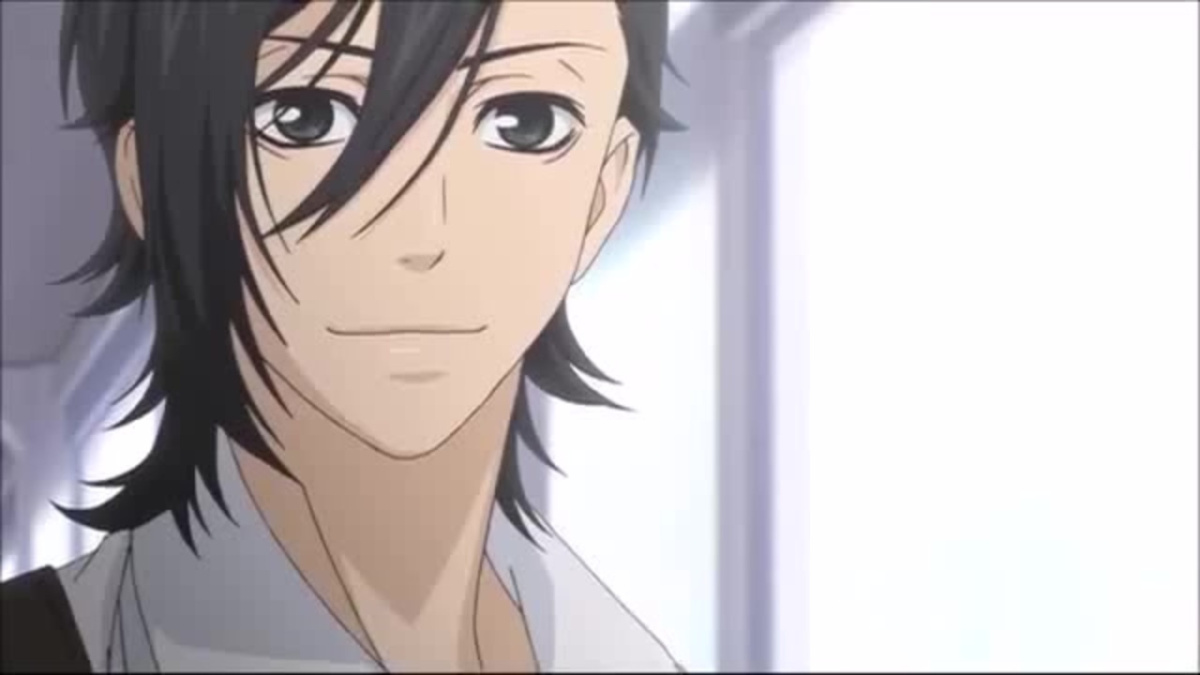 Yamato Kurosawa is the main male protagonist of the show, who is the most popular guy in his high school. In the present times, Yamato is very protective about the people around him because when he was a kid, one of his friends was a victim of bullying. But instead of helping out this friend, he started to ignore him in public spaces to avoid getting bullied himself. He still feels guilty about being so mean to his only friend back in the day and his protective nature now is more of a consequence of this guilt. He later develops a huge crush on Mei and gets really drawn towards her because of how different she is from everyone else. While in a relationship with her, he is often very considerate about her feelings and would do anything just to keep her happy. 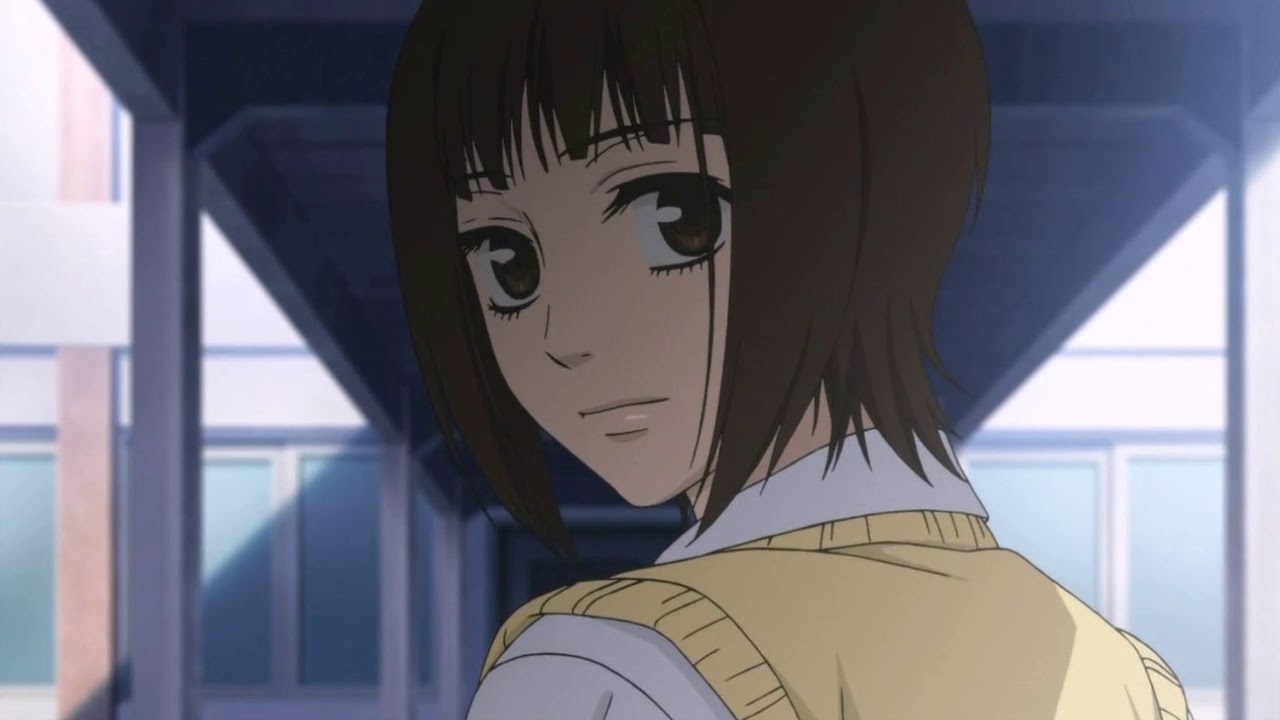 Mei Tachibana is the main female protagonist of the show who later becomes Yamato’s love interest. She is a fair-skinned cute teenage girl with brown hair and brown eyes. She is really thin and often walks around with a slight slouch. She rarely smiles, but when she is around Yamato, she is usually seen blushing or smiling. At the beginning of the anime, she sports short hair with medium bangs but as the anime progresses, she allows her hair to grow longer all the way till her shoulders.

Mei has always distanced herself from people because she firmly believes that eventually, everyone will betray you no matter how close they are to you. She maintains a very stoic personality at school and only talks to people when it’s absolutely necessary. But after she starts dating Yamato, his faith and loyalty towards their relationship help her accept that people aren’t all that bad after all. She slowly becomes more social with others as well and starts making new friends. But despite these changes, deep inside, she still is very insecure about herself and still struggles with expressing her emotions to Yamato. This later even leads to a lot of misunderstandings between the two, but they somehow manage to sort things out every time.