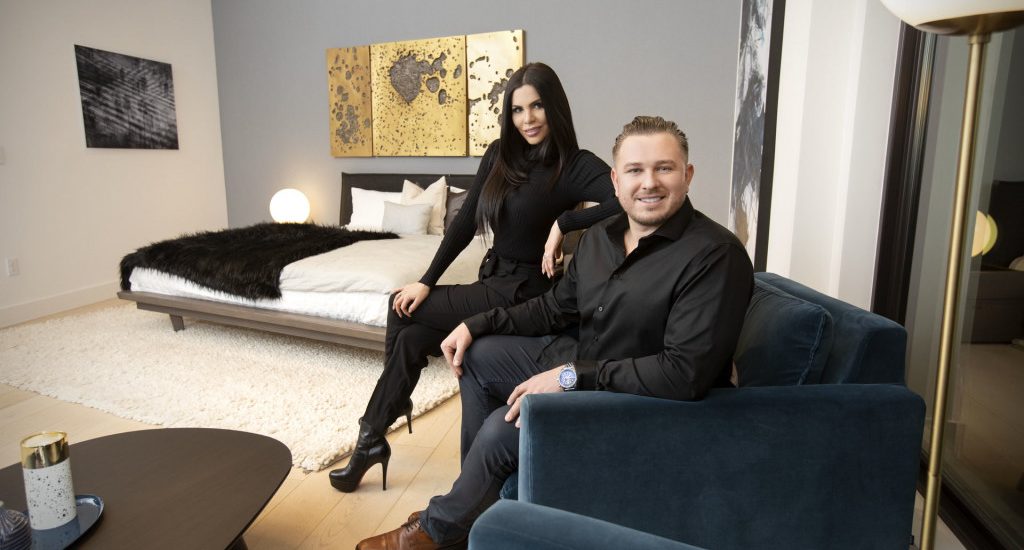 Newly-weds have so many things to look forward to. From starting their life together to learning to stay with each other under the same roof, the post-marriage life is blissful and yet, comes with its own responsibilities. If we talk about pre-wedding preparations, we should definitely mention TLC’s long-running franchise ‘Say Yes to the Dress‘, which takes viewers on a journey as to-be brides choose their perfect dream gown. Discovery-owned HGTV  has its own spin-off version of the show. Titled, ‘Say Yes to the Nest’, this home-improvement show gives audiences an inside look into how newlyweds search for a new home. The show first premiered on May 13, 2019 — we got to see a sneak peek way back in January, 2019. Produced by Half Yard Productions, ‘Say Yes to the Nest’ can be described as a combination of ‘House Hunters‘ and ‘Say Yes to the Dress’.

Say Yes to the Nest Cast: Who is in it?

‘Say Yes to the Nest’ follows a similar format as its companion series. The show follows one different recently married couple on each episode when they search, finalize, and buy their first shared home. Most of the individuals featured here are those who had already appeared on TLC’s show, had been filmed getting married, and now return to purchase their dream house.

Say Yes to the Nest Plot: What is it about?

Owning a home together is an important milestone after marriage. While ‘Say Yes to the Nest’ chronicles this journey, it also highlights the couples’ specifications, their relationship dynamics, and compromises as they settle on a ‘nest’ for themselves. Hence, the story featured each week changes according to the varied demands of the newlyweds featured on that particular episode. Now, let’s give you a few examples.

If you have followed ‘Say Yes to the Dress’, you will recognize Cami Li, who had a weird request when she demanded a black wedding gown for her nuptials. Now, happily married to Brent, she and her partner are looking for a house in Las Vegas. Apart from settling on the location, style, and amenities, they also need to focus plus agree on personal requirements, such an office for Cami, a theater room for Brent, and a separate room for her mom. In their journey, they must learn to compromise and agree with each other’s choices as they finally choose their dream ‘nest’.

Next, we see Billy and Milissa, who had been, to date, living with the former’s parents. Billy wishes to move out into a house that falls under his budget and has its own private retreat space. Meanwhile, Milissa dreams of a property with a luxe kitchen and a pool, which is close to her workplace and parents’ home. Now, who makes the compromise here? Watch the episode to find out.

We also meet a couple who are high school sweethearts and have recently welcomed their first child. With the current apartment being too small, they embark on a new home search. They do find a family home on Long Island, equipped with a spacious dining room and master suite. But, are they willing to splurge on their hard-earned savings?

Yet another couple is the recently married college sweethearts who are tired of their noisy neighbors, who share walls with their apartment. They are looking for an ideal property in Charleston, SC. The budget is not that high. So, can they feature in their dream soaking tub, luxurious kitchen, and a man cave within this modest amount?

So yes, now you get the gist. ‘Say Yes to the Nest’ is quite similar to its companion series in terms of format, concept, and narration. Coupled at times with an extravagant budget, it might seem a glamorous ride for regular viewers. But still, if you wish to gather some inspiration on your next house search, this might be the perfect show for you. Moreover, if you are a dedicated fan of ‘Say Yes to the Dress’, you should definitely not miss this one. Although searching for a house is pretty much different that finalizing a wedding gown, still, it is accompanied with the same amount of drama, thereby, making it engaging in its own way.

Say Yes to the Nest Season 2 Release Date: When will it premiere?

Say Yes to the Nest Trailer

While we wait for an update on season 2, check out the season 1 sneak peek to refresh your memories. If you haven’t seen the show yet head over to HGTV to catch episodes of the first season.