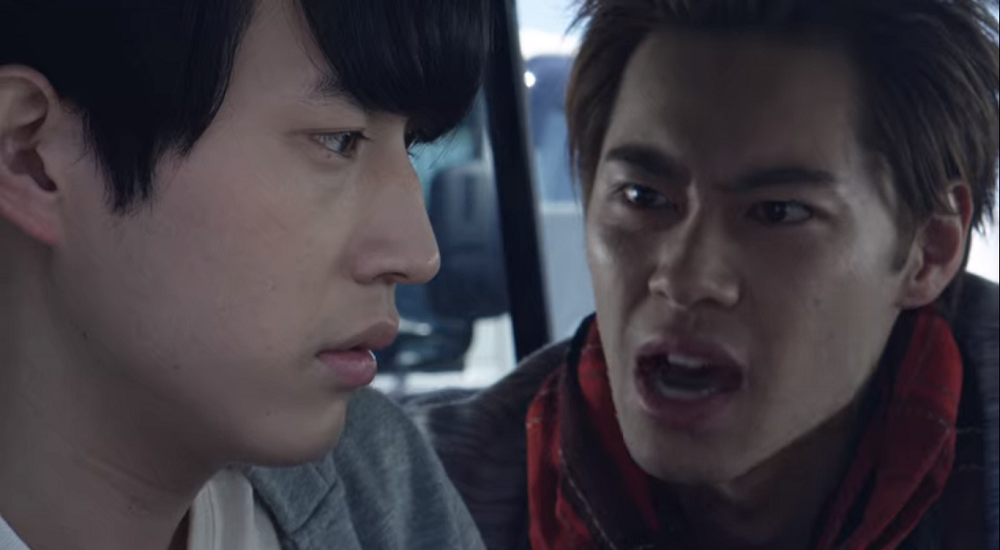 Amongst the plethora of shows, movies and documentaries that it offers to the audience, Netflix has always shown a special interest in true-crime series. There are several reasons that have worked to establish the streaming giant’s faith in this genre. One of them is the exponential rise in the fascination of the audience with criminals, which is largely the work of true-crime podcasts. The other reason is much simpler. There is absolutely no shortage of content in this field. You can go back a hundred years in the past and still find a story that shocked the world, or you could simply pay attention to what is happening around you and the tales of inconceivable acts are found.

Look towards Japan, and you’ll find newspapers rife with scamming incidents. The practice of conning people, especially old people, over the phone is one of the biggest criminal practices in the country. It has magnified over the course of the past two decades, and this is what ‘Scams’ is based on. At the centre of the story is Makoto Kusano. After being laid off from the job that he had held for a short period of time, he looks around for something that can help him pay the bills. He would have eventually settled for a regular job, but a huge problem suddenly surfaces.

His father is diagnosed with a terminal disease and the only way to save him is to enter him in a cutting-edge medical program. The problem is that it is so expensive that the insurance won’t cover it. It is impossible for Kusano to cover the charges, even if his mother, who works as a caretaker, pitches in. Since no one will help him, he decides to do whatever it takes to get the money.

The reference from his friend leads him to a place where he is trained to scam people. After quickly learning the ropes, he jumps into the game and realises that he can earn so much more in this line than he ever could in his regular job. As time passes by, he gets over his nervousness and guilt and becomes more ruthless in order to earn as much as he possibly can. As much as he loves his success, it also catches the attention of the cops. One mistake at a time, things get worse for Kusano.

Over the course of nine episodes, the series follows his crimes and the consequences he has to deal with. With all the episodes clocking under twenty-five minutes, the story is concise and creative in the handling of multiple characters and their storylines. The series centres around the reasons for the people who scam people for a living. It is a devastating problem in Japan and a lot of youngsters turn towards this due to all kinds of reasons. This is what increases the relevance of ‘Scams’ in order to present the cause and effect of leading the life of crime.

This show is brilliantly written. While working as a dark series, it also infuses an odd humour which makes you laugh out loud even in the midst of gruesome situations. The shift in the scale, turning from a clean white-collar crime to brutal and bloodstained spree, stays consistent to the pace of the story. Adding another flavour to the show are the various characters. While the life of the protagonist steers it, the secondary characters hold their ground when it comes to being the pillar of support.

Be it Kusano’s best friend who leads him to this world, or Kanbe-san, who is the leader of their ring, everyone is indispensable. The rest of the members of Kusano’s team represent different sections of youth. One has debts to pay, the other is limited in his options due to the lack of proper education, while others are just unemployed. The most stand-out character of all is the mysterious hitman, Onuma. Even though his role is very limited, Shuntaro Yanagi, carries it with such distinction that he easily becomes the most likeable, and yet the most dangerous of them all.

Presenting different colours of the criminal world, it displays every possible fate for a criminal. It begins with the initial hesitation of doing something illegal, then accepting the limitation of your options. Then comes the surrendering yourself to the job part, until you finally start to relish the experience. But just before you actually begin to love this life, the sirens start blaring. In the end, the characters have to face reality and the viewers learn a valuable lesson.

‘Scams’ is an all-round entertainment package. There is no useless subplot, even if it comes to romantic connections. While true-crime lovers will especially enjoy this drama, it is not limited for the viewing of any particular audience. It is pleasantly engaging and, at times, surprisingly amusing.

Read More: Is ‘Scams’ Based on a True Story?