Is Netflix’s ‘Scams’ Based on a True Story? 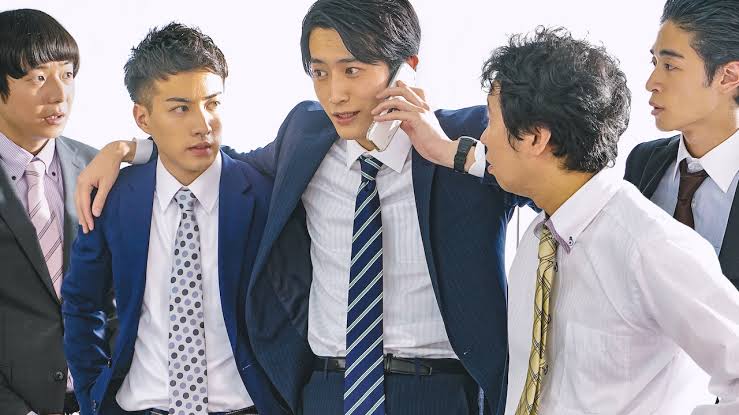 There are a number of ways to make money. While some work hard and earn their keep, there are others who come up with ideas to rob others. Some do it because they need money immediately, or because they can’t do anything else (at least, that’s what they have told themselves); there are a few who do it for fun, and there is no shortage of those who feel entitled to the hard-earned money of others. No matter what category you fall into, it is still a crime, and one way or another, you will have to pay for it.

What is ‘Scams’ About?

The Japanese drama, ‘Scams’, uses a premise that is oh-so-familiar to everyone who owns a mobile phone, and through its characters, gives us an idea of the world of scamming. The story begins with a young man, named Makoto Kusano. Following the aftermath of the Lehman Bankruptcy and the economic crisis that it induced throughout the world, a number of people are forced to leave their jobs.

Kusano, who had started working mere six months ago, is also laid off with compensation. However, it is not nearly enough to take care of his family as well as pay for the treatment of his ailing father. When his friend suggests an alternative, which pays tremendously well, Kusano is forced into the world of scams. To his surprise, he seems to be great at it. But soon, one thing after another starts to go wrong, and his whole life is left in shambles. You can watch ‘Scams’ on Netflix.

Is ‘Scams’ Based on a True Story?

Yes, to a great extent. ‘Scams’ is the screen adaptation of a non-fiction book named, Rojin Kui, by Daisuke Suzuki. The book itself sought inspiration from the prevalent scamming business which haunts the Japanese society. Although there are scamming rings all over the world, they are not as active or as successful as the ones that operate in Japan. The reason behind this is that a large population of Japan is over sixty, the elderlies who have now retired and are enjoying the fruits of the labours of their young years. In addition to this, they are also in the possession of more money than the retired citizens in any other part of the world. In fact, there is so much money in their savings that even the government wanted to come up with ways to get it back in circulation. But, of course, they weren’t going to do it illegally.

The scammers have always been around, but their numbers increased significantly after the Lehman crisis. The fall of one of the richest and most important companies in the world led to a direct and severe crunch in the economy of the entire world and paved the path for what was the biggest economic crisis after the Great Depression of the 1930s. But all of this is just a scenario build-up of what ultimately became the bane of the existence of the Japanese elderlies.

In its introductory section, the show mentions that the scamming rings have been active since 2003. Since then, the numbers of the scams have increased with every year, and even though some rings are caught and convicted, there is still a great number of scammers at large. One of the most commonly used technique to convince people to give up their life-long savings was to pretend to be a family member in danger. In the show, Kusano and his team heavily rely on this method and rarely stray from it. This is known as the “ore, ore” scams.

In this, a person would receive a call from someone who would claim to be of their relation, either an immediate family member or a beloved friend. It would usually be noisy in the background, which would give the impression that something is wrong. After identifying themselves, the caller wouldn’t get much time to tell what is happening. Instead, someone else would take over, and in a furious manner would describe what their family member has done. To balance this, a third person would take over the call. This one is calmer and more in control and identifies himself/herself has the mediator of the situation.

They tell the victim that their family member is in a lot of trouble, but that can be taken care of if they pay the required sum of money. Once it is confirmed that the transaction will be made, a receiver is sent to the person’s home to collect the cash. As an alternative to this, sometimes, a bank account number is provided where the money is to be transferred. Once that’s done, the callers are never heard from again.

Over the course of time, the scammers have come up with new and improved methods to not just convince people but also in the way the money is transferred. Only recently, a scammer ring operating from Thailand and conning Japanese elderlies was caught. The government has made a lot of efforts to spread awareness about these crimes, but the scammers are evolving too. They have become more specific about the kind of people to target. With an information treasure in the form of social media, it is much easier to get to know the victim and manipulate them accordingly.

The scammers are highly intuitive and research their potential targets, which is why they sound so convincing. Those who have never been scammed this way would wonder how can a person not know when they are being conned. How can they not recognize the voice of their own family members? This is because the scammers know who would be more susceptible to believe that their loved one is in danger. In this regard, the elderlies prove to be the most vulnerable group. People suffering from mental health issues are also preyed upon, along with the divorced and widowed ones. Even the recent death of a member is used to extort money out of the grieving family. In the end, the only remedy is to be aware and alert.

Read More: Will There be Scams Season 2?