Will There be a Scary Movie 6? 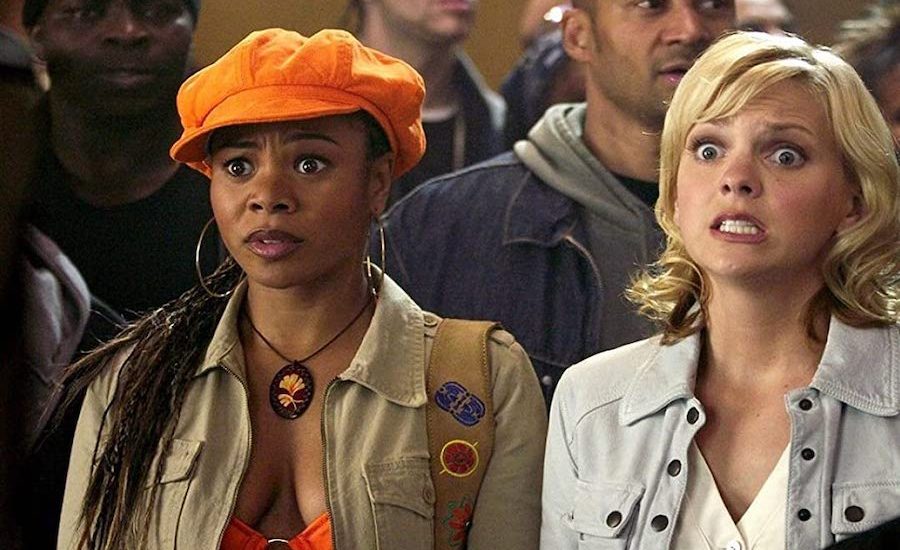 If you get easily scared by horror movies, then ‘Scary Movie’ is the kind of film that helps you make all the worst scenarios seem extremely ridiculous. A parody of popular horror films, ‘Scary Movie’ film series has been a blockbuster franchise in its own right. An amalgamation of the scary movies along with some other popular ones, irrespective of the genre, it has contributed to pop culture in strange ways. For now, there have been five films in the series. Will we get a sixth part? Here’s what you should know about ‘Scary Movie 6’.

‘Scary Movie 5’ was released on April 12, 2013. The film received the worst reception from both the critics as well as the fans. It was also the least grossing film in the franchise, with around a hundred million difference between the fourth and the fifth film. Though the critical acclaim had always been hard to come by for the series, it was the love of the audience that kept it going all this while. With the rejection faced by ‘Scary Movie 5’, the prospects of the sequel were certainly affected.

Another thing to act as a deterrent in its making was the fall of Harvey Weinstein, who had co-helmed, with Bob Weinstein, Dimension Films, the production company responsible for the ‘Scary Movie’ series. It currently falls under the banner of Lantern Entertainment, who haven’t declared their intentions about the series yet. Because it has been a lot of years since ‘Scary Movie 5’ was released, the chances of a sixth installment getting made are fairly low. However, there is always the case of production houses reviving old hits and giving them a do-over years later. Even though there is nothing official about the project yet, we expect ‘Scary Movie 6’ to release sometime in 2023 or later if it does receive a green light.

Scary Movie 6 Cast: Who can be in it?

While the plot of the movie changes with every installment, the cast of ‘Scary Movie’ series remains largely the same. Anna Faris and Regina Hall remained the main cast members for the first four films. Ashley Tisdale took over the lead in the fifth film. Additionally, Marlon Wayans, Shawn Wayans, Charlie Sheen, Simon Rex, Kevin Hart, and Anthony Anderson have also been a part of the series at some point in time.

To make the sixth film, the filmmakers would have to bring together the original gang, especially Faris and Hall, considering that their absence in the fifth film was one of the reasons why the film tanked. We also expect other cast members of the previous films to reprise their roles, with some other unexpected faces joining the world of ‘Scary Movie’.

Scary Movie 6 Plot: What can it be about?

The ‘Scary Movie’ series depends on the popular horror, sci-fi, and psychological thriller films to create its own story. Over the years, ‘Scream’, ‘I Know What You Did Last Summer’, ‘The Exorcist’, ‘The Ring’, ‘Signs’, ‘Saw’, ‘War of the Worlds’, ‘The Grudge’, and ‘Mama’ have served as inspiration for the stories. In the middle of this, the movies have also referenced films of other genres with everything from ‘Black Swan’ to ‘Brokeback Mountain’ to ‘The Matrix’ finding a mention in the series.

The sixth part wouldn’t have any trouble finding inspiration, considering the meteoric rise of the horror genre with movies like ‘It’, ‘Hereditary’, ‘ A Quiet Place’, ‘The Conjuring series’, and ‘Get Out’ wowing the audience. The possibilities are endless.

Update on SlumberPod From Shark Tank

Is Lyric Lewis Married? Does She Have Children?

Is Rutledge Wood Married? Does He Have Children?