Schooled S02 E13: Everything We Know 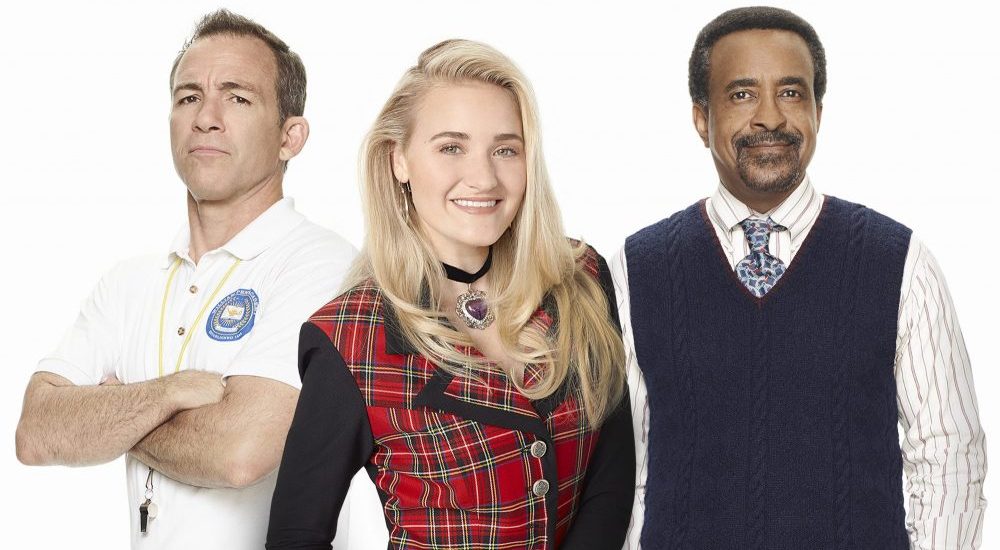 Just like ‘The Goldbergs,’ ‘Schooled’ is set during the 1990s. It revolves around the character of Lainey Lewis from ‘The Goldbergs’ who returns to Jenkintown after her dreams of a career in the rock-n-roll industry do not work out. Luckily for her, the position for music teacher opens up at her alma mater, the William Penn Academy. Reluctantly, Lewis accepts it.

The series depicts the routine conflicts of the students and teachers of the William Penn Academy comically. Some of the central characters on the show include Rick Mellor, the gym teacher and coach and another teacher, C.B. Brown.

The thirteenth episode of the second season of ‘Schooled’ will premiere on January 29, 2020 at 8 30/7 30c on ABC. It is titled ‘Titanic Love’ and returns after the twelfth episode of the season was aired a week ago. The series usually follows a weekly format with a new episode being released every Wednesday but has taken more than one break this season.

You can watch the thirteenth episode of the second season of ‘Schooled’ by tuning into ABC on the above-mentioned timeslot. However, the episode can also be streamed live on the ABC website or app with a valid cable provider’s login.

Moreover, you can also catch the show live if you have a subscription for Hulu With Live TV, YouTube TV, Direct TV or Fubo TV. You can also rent or buy specific episodes of the show on Amazon Prime Video.

The twelfth episode of the second season of ‘Schooled’ is titled ‘FeMellor’ and proves to be yet another hilarious outing at William Penn Academy. The episode takes a rather relatable premise involving dress codes and converts it into a rib-tickling turn of events.

To begin with, Principal Glassgot and Lainey seem to have very different ideas when it comes to what is appropriate dress code for the school and what isn’t. The former calls it a “dress code emergency” as there are school tours scheduled all week.

Glassgot shows the teachers a rather profane T-shirt with a visual pun: that of a worm looking like a penis. Or, “dong” as Glassgot refers to it hilariously.

🚨TONIGHT: dress code violations get out of hand on an all-new #Schooled. pic.twitter.com/l43SRcF8bb

On the other hand, Coach Mellor faces an obstacle in his relationship with Julie. She does not seem to like sports as much as he does and that bothers him.