Has Schooled Been Cancelled? 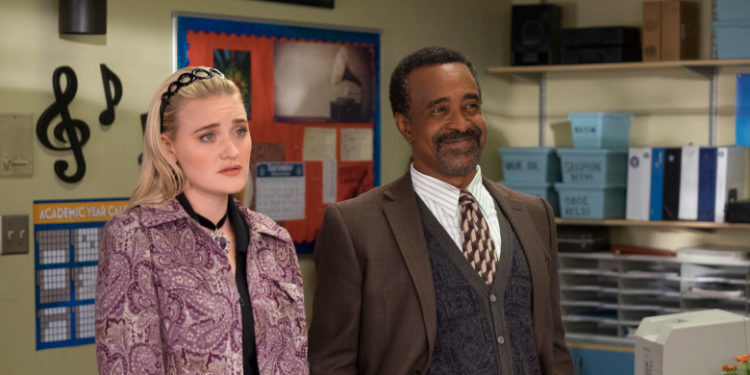 ‘Schooled’ is a direct spin-off to one of ABC’s top-rated show, ‘The Goldbergs.’ It follows Lainey Lewis (Erica Goldberg’s best pal) as she returns to Jenkintown, after her music career tanks on West Coast. Lainey reluctantly steps into the position of a music teacher at her alma mater and kick-starts another phase in her career. Creator of the parent series, Adam F. Goldberg, serves as the showrunner, alongside Marc Firek. The first season of the sitcom opened to mixed reviews from the critics, upon its release in January 2019.

However, fans of the parent series appreciated the show’s 90s throwback vibe, upbeat storytelling, and frequent crossovers from a familiar world. Season 2 concluded in May 2020; therefore, the natural question arises: Will there be a ‘Schooled’ season 3? Well, here’s everything we know.

As far as next season goes, here’s what we know. Unfortunately, ‘Schooled’ could not stay up to the expectations of ABC in terms of ratings and viewership. Therefore, the channel decided to ax the show. Yes, you heard that right. Although fans might be disappointed, ‘Schooled’ season 3 officially stands cancelled on ABC.

Schooled Cast: Who is in it?

Schooled Plot: What is it About?

‘Schooled’ follows Lainey Lewis who returns to Jenkintown, Pennsylvania, in the 1990s. She joins her alma mater William Penn Academy as a music teacher. The rest of the story revolves around Lainey navigating her life in this new set-up. In season 2, Wilma Howell is hired to be the school’s new biology teacher. Towards the end of season 2, C.B. finds himself in deep waters when he realizes that his potential girlfriend Paloma aims to salvage a group of bird species from the place where his friend Mellor is planning to construct a baseball stadium. Wilma displays her hypocrisy when she backtracks from the whole “senior superlatives awards are hurtful” stance on learning that she has been labeled as the “Coolest Teacher.” Lainey is stuck in a situation where she has to choose between her love for Barry and her friend, C.B. A senior invites Toby to the prom, putting Mellor and Julie in a complicated position.

Read More: Where Was Schooled Filmed?