‘Scissor Seven’ isn’t the kind of anime that would even make it to your watch list. However, when you delve into all of its ridiculousness and quirky comedy with absolutely no expectations, you can’t help but get addicted to it. Even from an animation standpoint, the short ONA offers nothing spectacular and adopts a very simple style that even lags at times. Even so, it perfectly befits all of its themes and is extremely fluid during action scenes. Not to mention, its pop culture references are simply brilliant and universally understandable.

If we compare the second season with its predecessor, it is easily a notch above in almost every aspect. The animation seems better, especially during the parts where it emphasizes character expressions. The storyline further develops the protagonist and carries the torch passed on by the previous season by making subtle references to it. Moreover, because of its increased budget perhaps, the second season also enthralls you with its excellent music choices and memorable opening and ending themes.

Season 2 starts off by reinstating its quirky characters and shows how Seven is still the scissor-wielding hairdresser who even protects his island from dark forces. With what follows, it gives us a glimpse of what’s going on in Mad Bark’s life and even harkens back to Cola’s origins to explain the cause of her illness. Season 2 then adopts a serious tone where it makes revelations about Seven’s past and shows how he was once a part of the Shadow Killers. In the final moments of the season, his past catches up with him and his sworn enemy, Redtooth, gives him a visit. A final battle ensues and Seven is forced to confront his past again. The season comes to an end with a minor cliffhanger where Seven can be seen sailing out of the village, hoping that he would someday return. 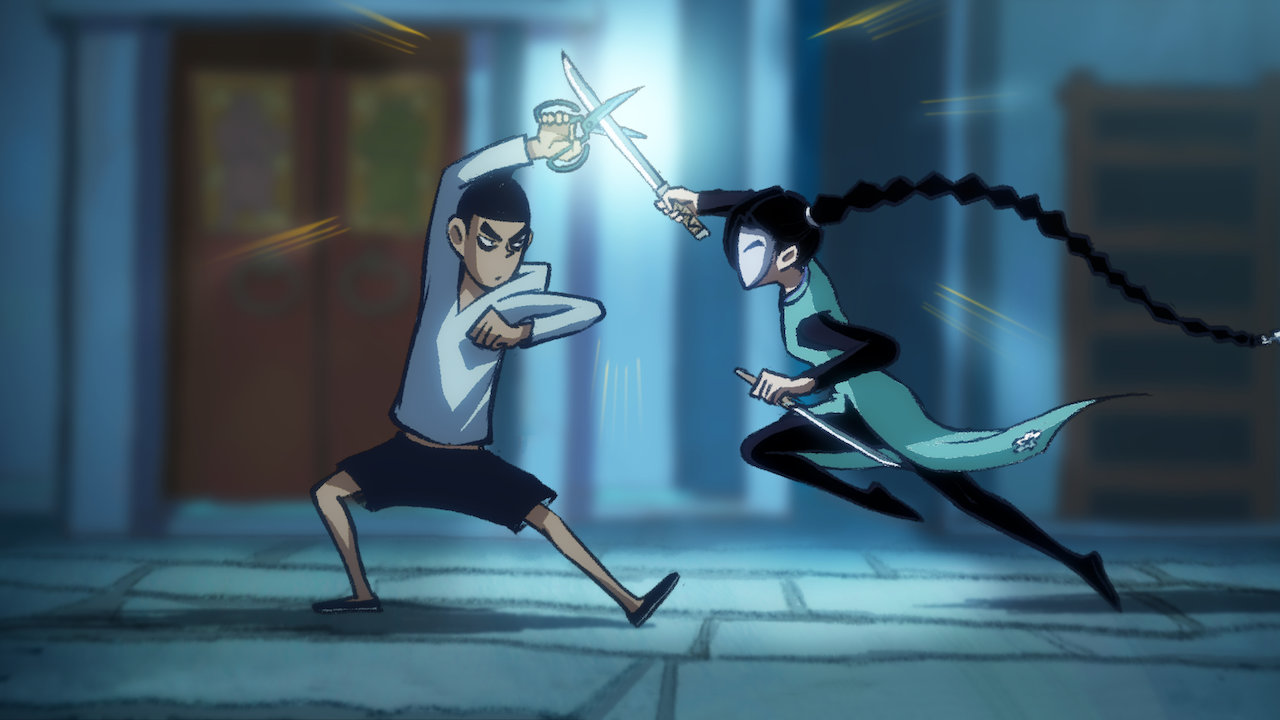 Chinese anime shows are criminally underrated. Way too many anime viewers avoid watching the rich, culturally-affluent tales of Donghua. But little do they realize that they’re seriously missing out. Unlike most other Chinese anime, ‘Scissor Seven’ is not a deep fantasy-period drama drawing inspiration from ancient folklore or martial arts. It, instead, entices you with its well-thought-out short episodes that, for the most part, are stand-alone with little to no significance in context with the overarching plot.

As a viewer, there isn’t anything specific you get to harp on in the second season of ‘Scissor Seven.’ Its 15-minute episodes just breeze by, often brimming with the silly antics of its characters and Seven’s fight scenes. But even in these seemingly one-dimensional aspects, there seems to be an undertone of heavy concepts and references, teeming with creativity. Case in point; One of its episodes seemingly draws its inspiration from the widely popular Chinese film ‘Kung Fu Hustle.’

Near its 8-episode mark, for a while ‘Scissor Seven’ starts drifting into a completely different direction. It reveals how Seven was once a part of the Shadow Killers clan. With this, the series introduces a whole new character named Redtooth who later becomes the main antagonist of the show’s overarching plot. During these brief moments of foreboding, all of its comedy takes a backseat and the anime boasts a stellar production value; probably just to create a contrast between its past and present timelines.

Following this, in its last four episodes, from adopting a rather simplistic frame-to-frame hand-drawn animation style, Season 2 elevates its animation quality to a whole new level. Some viewers might still complain that it’s still subpar compared to most mainstream shounen. But one must not forget that it’s a comedy anime at its core and still manages to entertain you with its stylized battle scenes. Overall, ‘Scissor Seven’ is clearly no masterpiece and may not even be apt for everyone’s taste. Even so, it is visually and aurally compelling throughout its runtime and serves as the perfect getaway Chinese anime for the uninitiated.