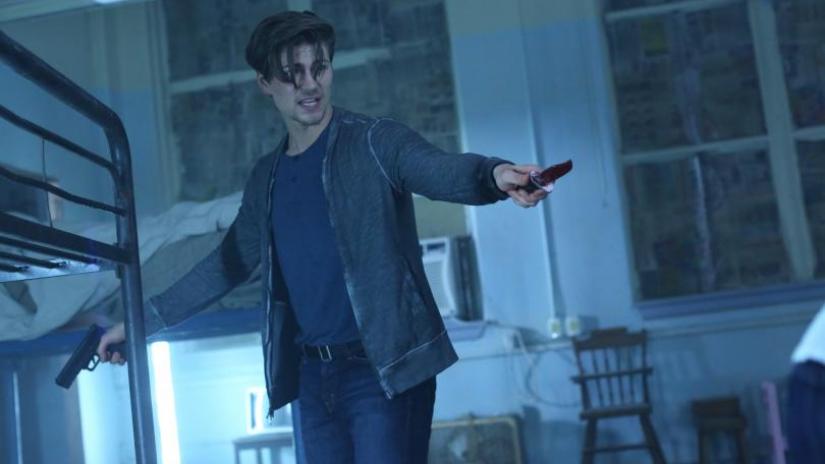 ‘Scream’ is an American anthology slasher television series that used to air on MTV but currently airs on VH1. The show is also available on Netflix. Developed by Jill Blotevogel, Dan Dworkin, and Jay Beattie, the show is based on Kevin Williamson and Wes Craven’s immensely popular slasher movie franchise, ‘Scream’.

As far as reception goes, ‘Scream’ has an overall score of 67% on Rotten Tomatoes – while the first season received a poor score of 48%, the second season made up for it, with a score of 86%. Viewers, however, seem to have enjoyed the slasher show in general, and on IMDb, ‘Scream’ has a good overall rating of 7.3/10 based on nearly 30,000 votes.

Scream Cast: Who is in it?

The first two seasons have an amount of continuity, and hence Seasons 1 and 2 have common characters. The show has an extensive list of cast members, so bear with us.

The third season has RJ Cyler in the role of Deion Elliot, Jessica Sula as Liv, Keke Palmer as Kym, Giorgia Whigham as Beth, Tyga as Jamal, C.J. Wallace as Amir, Giullian Yao Gioiello as Manny, and Tyler Posey as Shane.

Recurring cast members are not short in number either, and some of them are Mike Vaughn as The Killer’s voice, Brianne Tju as Riley Marra, Amelia Rose Blaire as Piper Shaw, Tom Maden as Jake Fitzgerald, Bobby Campo as Seth Branson, Bryan Batt as Mayor Quinn Maddox, Sosie Bacon as Rachel Murray, Sophina Brown as Detective Lorraine Brock, Tom Everett Scott as Kevin Duval, and Anthony Ruivivar as Sheriff Miguel Acosta. There are several others, but we aren’t listing them all.

Scream Plot: What is it about?

The first two seasons mainly revolve around a series of murders that take place in Lakewood. The show starts off when a cyber-bullying incident leads to a brutal murder, and a group of teenagers – Emma and her high school friends – become the targets of a seemingly unstoppable serial killer. The brutal murder which sparks off the entire spree also leads to dark secrets surfacing about Lakewood, where a similar murder had taken place two decades back. The complexities in the plot lie in Emma’s mysterious connection to the town’s dark past, which also makes her the prime target around which the killer’s killing spree revolves. With both her friends and family under threat, Emma, despite the risks, embarks on a quest to unmask the killer and lay things to rest once and for all. This, of course, is not an easy task as anyone and everyone could be a potential suspect.

The third season follows the story of Deion Elliot, a local football star in Atlanta. Elliot is tormented by the events of his tragic past. As Ghostface uses his darkest secrets against him and continues with a killing spree, Deion not only stands to lose his future, but also, the lives of his friends and family members, who might end up being potential victims of the notorious and infamous killer.

Scream Season 4 Release Date: When will it premiere?

As far as the next season goes, we don’t have an official announcement yet. At this point, it is unclear which direction makers would want to take. The show has been a consistent performer for the MTV and VH1, do we don’t see a reason for the cancelation of the show. We would hope that the show gets to see another season. If the show does get renewed, we expect Scream season 4 to release sometime in July, 2020.

While we wait for an update on ‘Scream’ Season 4, here is the trailer for Season 3 to recap the story thus far.  If you haven’t seen the show yet head over to Netflix to catch all the episodes of the first two seasons.