‘Sea Fever’ is a sci-fi thriller that follows a fishing crew into the ocean where they come across a threat that none of them has witnessed before. As they try to understand the danger, they have to keep themselves mentally stable, lest they kill each other before the unknown creature kills them all. The film weaves a complex story that resonates with the current situation of the world. Here, we discuss what the ending means for its characters. If you haven’t yet seen the film, come back to this page later. SPOILERS AHEAD

Siobhan is a marine biologist who, as part of her project, has to spend some time on a fishing trawler. Due to her unsociable nature, she finds it difficult to become friends with the crew, who have already taken a disliking to her because she is a red-head and is supposed to bring bad luck for them. Their differences are elevated when a mysterious creature of the sea takes hold of the boat, and, one by one, they start to die. 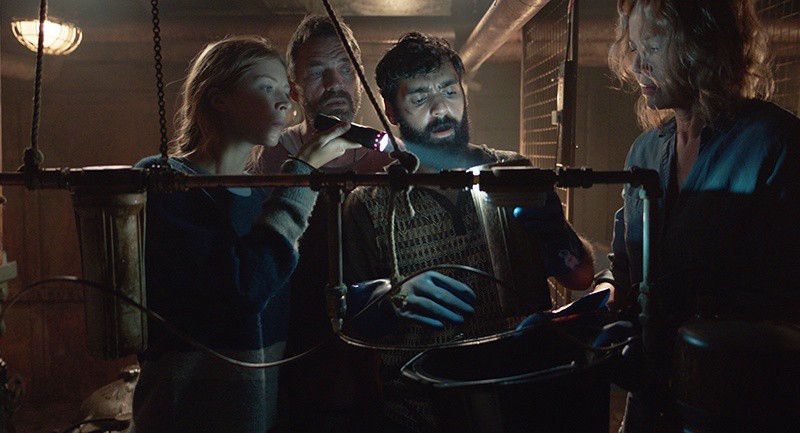 Johnny and Sudi become the victims of the parasite. Ciara attacks Siobhan and dies after slipping from the ladder. A larva falls out of her eyes, confirming that she too had been infected. Instead of giving in to the infection and meeting a horrific death, Gerard commits suicide. This leaves, Freya, Omid, and Siobhan.

After Gerard’s death, Freya decides to leave the ship. Because they had waded into the exclusion zone, where they were not allowed to go fishing, the Coast Guard wouldn’t know where to find them. Though they were en route to the land, there was still enough time for all of them to get infected and die before help arrived. Freya doesn’t want to sit and wait anymore, so she hops on one of the rafts and goes out to find help.

Omid and Siobhan are left behind. They try one more way to get the creature out of the water supply. Previously, she had believed that the creature and its larvae should die in a couple of hours because they were salt-water creatures trapped in fresh-water. To her utter surprise, this doesn’t happen. To keep it contained, she tries to heat the water, believing that because the creature comes from the depths of the sea, it must not like high temperatures.

They are not able to kill the creature, but they succeed in driving it away. This means that only fire can help them now. They know that the entire ship is a hotspot for the larvae. The blue jelly-ish substance is almost everywhere on the boat, and if someone steps foot on it, they will become prone to the infection. They can’t take the boat as is to the harbor, so they have to burn it.

They take another raft after setting the boat on fire. While climbing down, Omid loses balance and falls into the water. Before Siobhan can help him, he is sucked down by the creature with the tentacles. She dives down to help him, and they both get back on the raft, but then, it comes to their attention that Siobhan has been infected. There is a wound on her hand, and considering past trends, anyone with an open wound is sure to be infected. Omid tries to help her, but Siobhan knows nothing can be done. She jumps back into the water and makes her way towards the mouth of the creature. What does this mean for her?

What Happened to Siobhan? 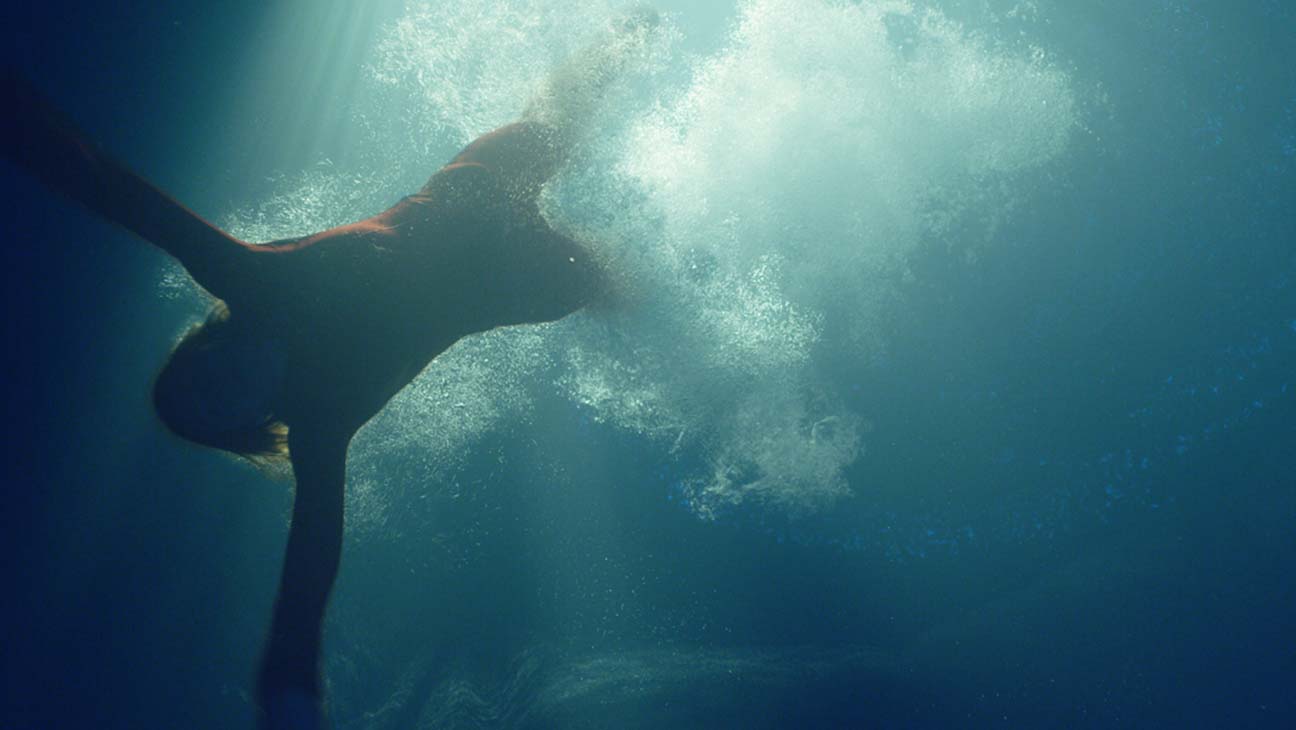 Siobhan would have died if she had stayed on the raft. Even if they reached the shore and got her to the hospital in time, no one would have been able to help her. Moreover, her infection would only make things worse as she could spread it to others. Instead of this, she takes the disease back to its source.

Siobhan was a scientist, above everything else. Even though the creature posed a danger, she couldn’t help but be fascinated by it. It was a puzzle for her that hadn’t been solved yet. She tried to break-down its behavior and understand its constitution. She also realized that the creature, the parasites, and the larvae were not killing them out of malice. It was their inherent nature, and they would have done the same to a fish or any other thing that held the prospects of being its meal.

This is why she didn’t want it killed. She suggests to Omid that they should take the boat back to where they had found the creature. They should leave it back in its habitat, instead of killing it. He, of course, did not share her sentiments. He was focused on his survival.

Considering all of this, it makes sense that she decided to dive into the water and head towards the creature. If she were to die anyway, at least, she would get a glimpse of the creature and find out more about it. There is a good chance that the creature would eat her, but even through this action, it would reveal something about itself. In the end, Siobhan would die doing something that she loves.

Are Freya and Omid Alive? 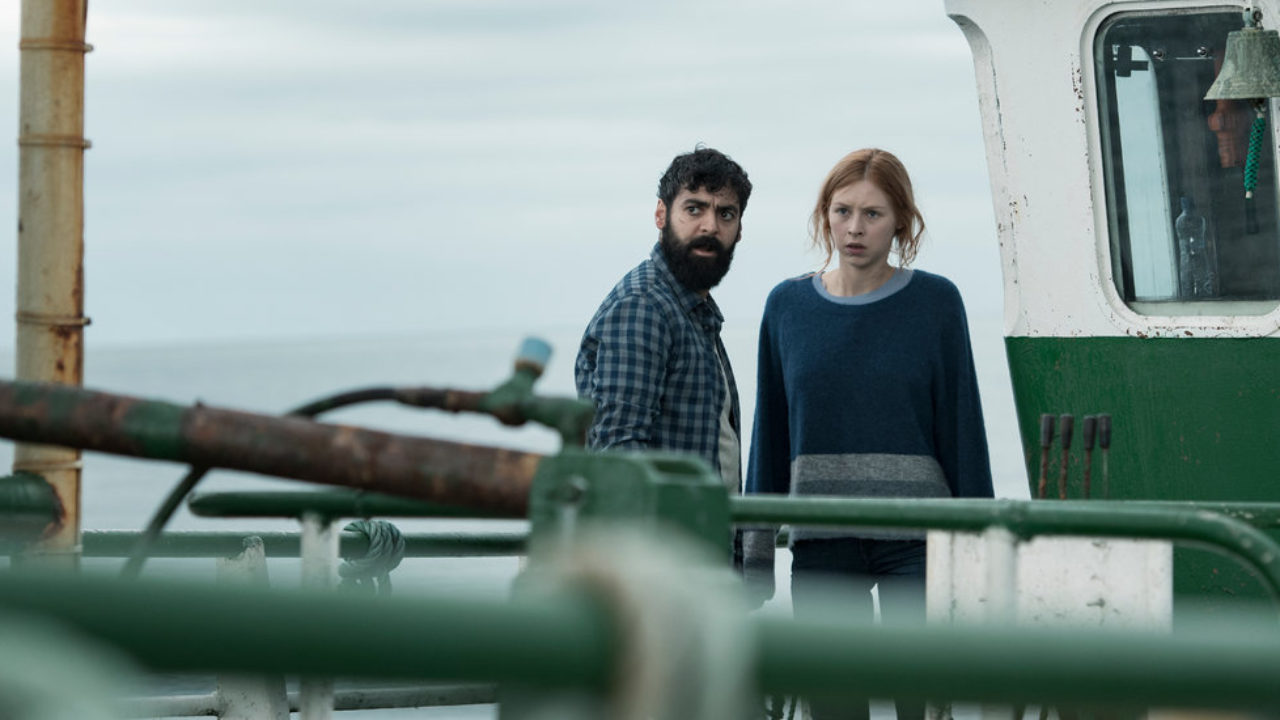 When we last see Freya, she is still alive. She is on a raft, hoping to find some help. Her fate is not disclosed to us. There is a good chance that she dies. After Ciara’s infection, it becomes clear that the eye-test is not the most dependable way to detect the disease. For all we know, all of them had already been infected. If the same is true for Freya, then her fate is sealed. However, something happens at the end that makes us believe otherwise.

She heads out hours before Siobhan and Omid burn the boat. In the end, we find another boat heading towards Omid. Could it be that Freya found the help, after all? Did she see the Coast Guard and got them back to her boat to save the others? If yes, then Omid might survive too. But again, both of them could be infected, and if they get aboard that boat, they might further spread the infection. On top of everything else, the creature is still in the water. It could latch on to the rescue boat, leading to the same thing all over again, unless its appetite has already been satisfied.