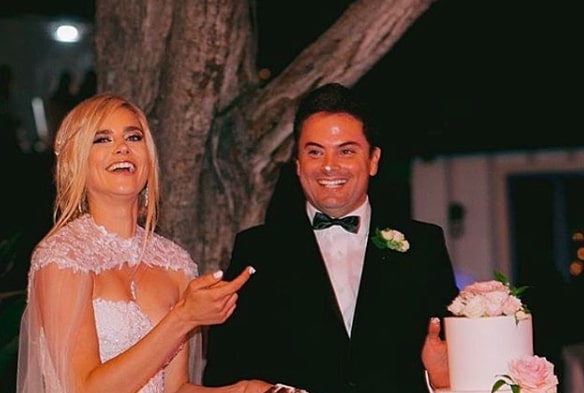 Reality TV shows that deal with love have always found a special place in people’s hearts. If you have seen TLC’s ‘90 Day Fiancé,’ Netflix’s ‘Love is Blind,’ or Lifetime’s ‘Marrying Millions,’ you might understand what I am talking about. These shows provide a mediated ground where there are certain conditions, despite which couples have been able to find love. If in ‘Love is Blind,’ it’s not seeing who you are going to get engaged to, it’s a K-1 visa in ’90 Day Fiancé.’ Similarly, in ‘Marrying Millions,’ it’s overcoming the obstacles posited by the difference money makes in one’s life.

The show’s first season saw six such couples step ahead to share their journeys. The show served as a means for many of them to gain a better understanding of their social reality that had much influence on them. Specific arguments and some uneventful twists of fate took many of their relationships to edgy roads. In the course of all this, a few managed to overcome the test of love, whereas the others, not so much.

How Did Sean and Megan Meet?

Sean’s and Megan’s love story begins like the plot of a classic Judith McNaught book. Sean, who is an heir to a reputed publishing firm, doesn’t actually get to meet Megan the first time. Megan, who had come for an interview, leaves because Sean was fifteen minutes late. He tracks her down and has to pursue her long enough before she agrees to go out with him. This tale almost ends with their five-year-old son and a chance to walk down the aisle before obstacles are thrown their way.

The show reveals how Sean’s father created quite the ruckus in their otherwise happy lives. He put pressure on Sean to get a prenup done before the wedding. Though this causes some trouble, they eventually get married without being bound to such legal contracts.

Sean and Megan: Where Are They Now?

The couple who tied the knot at Cypress Sea Cove in Malibu seems very much together and in love. Megan’s IG account is littered with photos of their beautiful wedding. Her account provides a link to the short feature film of their wedding as well. This might serve as a source of joy for all their fans who rooted for them till the very end and continue to do so.

Megan still seems to be a positive fitness enthusiast based on all the stories she continues to share. Her stories are also clubbed based on her interests and are inclusive of pictures of the places they have traveled to for vacations.

Sean is perhaps even more vocal on Instagram with the updates of his marriage and their many day-today life events. It ranges from quarantine morning IG stories with his son to posting pictures of his wife enjoying herself on holiday destinations like Bali, Dubai, etc. If one were to take a guess based on Sean’s posts, they would come to know that they are quite the famous couple who are featuring in interviews with iheartradio, People Magazine, California Live, and KTLA Entertainment.

The couple seems supportive of each other and their various endeavors. With what we can see, they also serve as a symbol of happy endings created by reality shows. Sean and Megan continue to stick together with their wedding vows.

Read More: Where Are Shawn and Kate Now?