The True Story Behind ‘Seberg’, Explained

“Bonjour tristesse”, is what I thought to myself when I learnt about ‘Seberg’ and came to know about the terrifying incidents on which it was based. The movie, directed by Benedict Andrews of ‘Una’ fame, is more than just a political thriller that it claims to be. It is also an immensely horrifying tragedy of Jean Seberg, that raises pertinent questions on our system and how exploitative it can be. Kristen Stewart‘s enthralling performance in the film is not only one of her best, but also one of the best performances this year has seen. Stewart works with a sense of subtlety and brilliance, that makes the psychological unraveling of the New Wave icon, all the more tragic, all the most enigmatic.

Learning about Jean Seberg’s hauntingly tragic last years made me wonder why no one picked up the story before, or why no one speaks of it anymore, or if people today even knew about it. At least, I didn’t.

Jean Seberg, is perhaps, one of the most iconic actresses of all times. This, I knew. She embodied the French New Wave movement, a defining moment for modern cinema. I knew this as well. But what no one speaks about is how Seberg was perhaps the first socially conscious actresses of her time, who tried to make a difference outside the world of cinema. How she actively supported the civil rights movement in America, and ultimately faced its consequences. But what’s most shocking to me is that no one speaks of the horrendous acts committed by the FBI on her. Until of course, ‘Seberg’. Though the movie is more of a missed opportunity to making something monumental, despite Stewart’s performance and the story’s potential. But it does bring Jean Seberg‘s story to the limelight again.

‘Seberg’ is based on those last years of the actress’ life, her involvement and support for the Black Panther movement in the 1960s, and how she became the prime target of FBI’s illegal COINTELPRO movement, which ultimately caused her both her sanity and life. Yeah, it sounds as frightening and thrilling as it was. Here’s everything we know about it.

Who Was Jean Seberg? 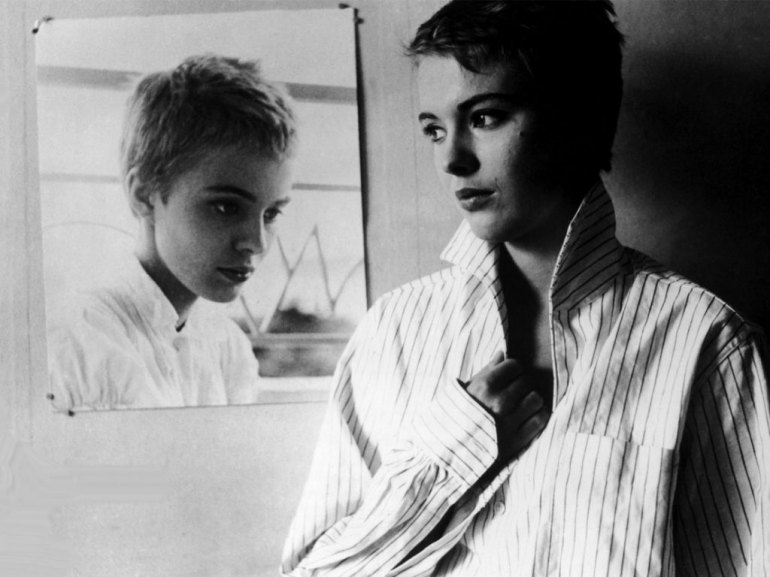 Jean Seberg, was a French New Wave icon, who rose to fame with her performances in Hollywood and French movies. But her most notable performance was in ‘Breathless‘, the movie that immortalized her, and paved way for modern cinema as we know it. It was the feature debut of Jean-Luc Godard, a pioneer of the French New Wave.

Seberg was born in Marshalltown, Iowa, in 1938, and went on to pursue theatre and acting in college. She was passionate about activism from a young age and joined the NAACP at the age of 14. In 1957, she made her film debut with Otto Preminger’s ‘Saint Joan’, where she played the title role, after being selected by Preminger from a pool of over 18,000 girls.

The movie’s most iconic scene has Seberg as Saint Joan, being burned at the stake. The scene was recreated in Andrews’ ‘Seberg’, and becomes the opening scene of the movie. Jean Seberg then went on to do another film with Preminger, ‘Bonjour Tristesse’. But it was ‘Breathless’ that made her an international success, and got the film critic and director, François Truffaut, to call her “the best actress in Europe”

In the late 1960s, she made a shift to Hollywood, and by then, she was married to her second husband, Romain Gairy (played by Yvan Attal), a French novelist, director and aviator, with whom she had a son, Alexandre Diego Gary. This is also time when she first met African-American activist, Hakim Jamal, and began to actively support the Black Panthers. 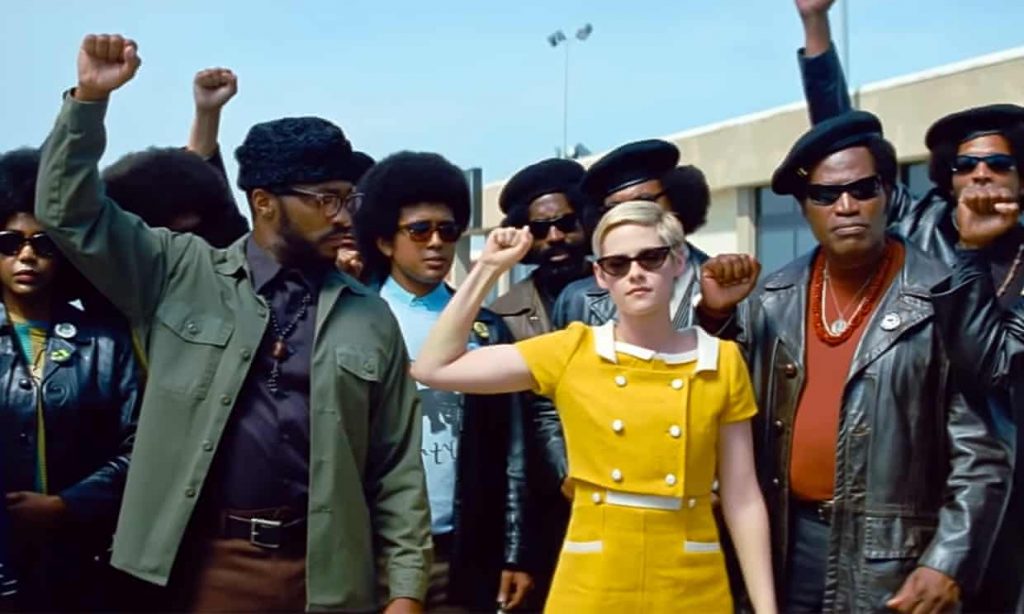 Seberg was one of the many actors that were involved with the Civil Rights movement in America. She was particularly supportive of the Black Panthers.The Black Panther Party was a revolutionary political organization for that fought for Black civil rights. According to Seberg’s friend, Rabbi Sol Serber, “She had this need in her to make the world a better place”.

Seberg was drawn to the Panthers because of their Free Breakfast for Children program, and began to make donations to the party, actively provide her support to the cause. She also hosted a 1969 fundraiser for the Black Panthers party at her home. Hakim Jamal, played by Anthony Mackie in the movie, was one of the leading activists of the movement, and Seberg was said to have had a brief affair with him. Though ‘Seberg’ portrays Hakim and Seberg as lovers, this was actually never proven.

Becoming a Target of FBI’s COINTELPRO

‘Seberg’ revolves around FBI agent, Jack Solomon, played by Jack O’Connel, investigating Seberg’s connections to the Black Panthers, eventually discrediting her by cheapening her image in the public. But Solomon eventually realizes FBI’s wrongdoing and tries to make it right by warning Seberg. The real story is actually far more horrifying.

1960s was also the time when the FBI was being led by the controversial and infamous, J. Edgar Hoover, who introduced COINTELPRO, short for “Counterintelligence Program”, to disrupt and discredit domestic political organizations. COINTELPRO included a series of mostly illegal and unethical programs that aimed at surveillance and infiltration to disrupt and “neutralize” the left, including subversive individuals and groups, ranging from communists to feminists to civil rights activists. These also included psychological warfare to discredit the groups and individuals by harassment, forging documents, and planting false reports in the media.

Hoover believed that Black Panthers were a threat, and COINTELPRO began targetting them from 1969. This is when Seberg’s involvement with the Party landed her on FBI’s radar, who immediately began tapping her phone-calls, illegally. She was also stalked, and her house under constant surveillance. But things got a whole lot darker when the FBI planted a rumour in the press claiming that the then-pregnant Seberg was expecting a child from a Black Panther activist, and not her then-husband, Gairy. The rumours were picked up by Newsweek and Los Angeles Times and published. This led to a disturbed Seberg, prematurely giving birth to her daughter, Nina, who passed away two days later.

Seberg discredited the rumours by having an open-casket funeral for Nina, where people came to see the colour of the child. She never really recovered from the trauma caused by this entire incident, and fell deep into depression, and eventually became suicidal. In 1979, Seberg went missing for 10 days before she was found dead in the back of her car, wrapped in a blanket, along with a note to her son. Though it wasn’t completely proven, the police ruled it as probable suicide. Roman Gairy, her former husband, called a press conference after her death, and blamed the FBI for it, as her mental health deteriorated because of their actions, which is, of course, true.

The story of Jean Seberg’s short and tragic life is haunting and deeply agonizing. More so because in many ways it parallels the current times, with far-right wing extremism and the way A.I. can be used in to exploit people. ‘Seberg’, then, is a step in the right direction. Kristen Stewart brilliantly captures Seberg, both at her best and at her worst, but it is the movie’s treatment of her, as more of a plot device than a subject, that makes it a missed opportunity. Despite that, I would recommend ‘Seberg’ as it marks one of Stewart’s finest, and also brings to Jean Seberg to life.