Secrets in the Basement: Filming Location and Cast Details 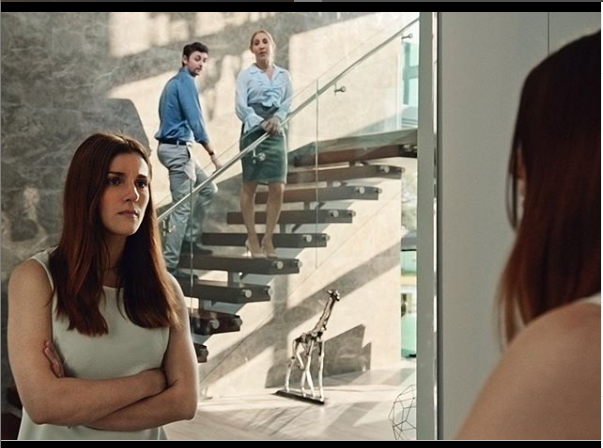 Lifetime’s ‘Secrets in the Basement’ (originally named ‘Designs for Revenge’) is a thriller in which vengeance follows a happily married couple despite relocating. Delilah and her husband, Shawn Brenner, move out into the suburbs for a fresh start, especially after an incident involving Delilah. At the local hardware store, she runs into Jay Christo, and it turns out that he is the one who has designed their house. Soon, the couple feels like they have made the right decision by moving there. But in a few days, Delilah feels as though an unwelcome guest is living in their basement. The rest of the movie reveals the motives and the identity of the person, and how The Brenner’s try to save themselves from the masked man in their basement.

Secrets in the Basement Filming Locations

Stanley Rowe directed this revenge motivated thriller, and G.Y. Cohen is the person who wrote it. This Lifetime movie was shot in Miami, Florida.

It is a well-known fact that Miami is quite a popular location for filming in the country. Usually, it is the beautiful sunny beaches, tremendous nightlife, and production-friendly hotels and local crews that attract many filmmakers here. Due to this, the Miami-Dade County and other municipalities in the area started providing financial incentives to continue filming here, along with logistical and location assistance.

The actors of the film posted a few photos and stories on their social media that help us gain some insight into the filming process. But, at the same time, there is a dearth of information on the precise locations. However, what we do know is that the production company associated with the film is called Sunshine Films (also based out of Miami). Below is a photo of Jay and Delilah on set, shooting the scene where they meet each other for the first time at the hardware store.

Just when you thought I peaked with the ascot, BOOM fuchsia suit. @natawashere wardrobe on point.

Secrets in the Basement Cast

The role of Delilah Brenner is played by Melina Bartzokis, a Boston native who pursued acting from Emerson College. She appeared in many films like the horror-comedy ‘Witch Hunt’ and the psychological drama ‘Reverie.’ She also guest-starred in the web-series ‘Nasty Habit.’ The Greek-American actress is also a member of the SAG and received her membership card after she booked a Dunkin’ Donuts commercial while working at the company’s on-campus store. She volunteers proactively at the Burbank Animal Shelter as well.

We see Valentina Izarra in the role of Barbara, who is the real estate agent that sells Delilah and Shawn the house in the suburb. Speaking of Shawn, he is played by Nick Cassidy. You may recognize him from his work in ‘Pretty Little Liars: The Perfectionists’ and ‘Birch.’ His next project, ‘Severed Silence’ is currently in post-production.

Micah McNeil plays the debonair designer who develops a friendship with the Brenners, albeit for an ulterior motive. He went to the University of New Mexico and obtained a BFA in Interdisciplinary Film and Digital Media. Micah has since starred in many TV shows like Netflix’s ‘Daybreak,’ NBC’s ‘The Brave,’ and Freeform’s ‘Party of Five.’ When it comes to films, he has worked as the lead in ‘Aurora’s Law,’ and held supporting roles in movies such as ‘The Au Pair Nightmare.’ In 2019, he won the Best Actor award at the NM Film Actors Showcase. He shuffles between Los Angeles and Albuquerque, his hometown.