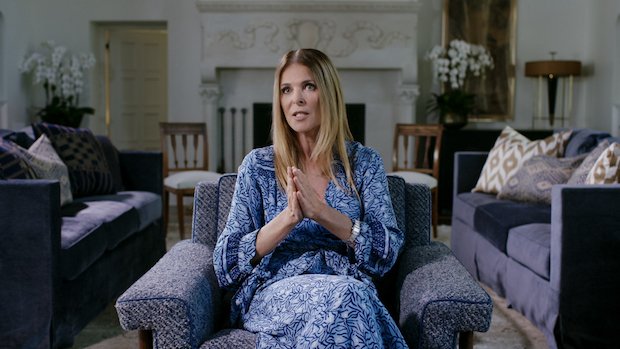 Starz’s ‘Seduced: Inside the NXIVM Cult’ takes a deep dive into the twisted power dynamics and sexual abuse, practiced by the titular sex cult – led by Keith Raniere. The entire documentary is mostly narrated from the perspective of India Oxenberg, one of Raniere’s victims. Over the three episodes that have aired in the last weeks, we have seen how India was seduced, indoctrinated, and eventually enslaved by the DOS subgroup of NXIVM. Now, the show is geared up to release its fourth episode, which also happens to be the season finale. And here is everything we know about it.

The 4th episode is called ‘Exposed’. It narrates the events that led to India Oxenberg’s mom, Catherine, setting off to expose the NXIVM cult. The story details her fight as she tried to rescue her daughter from Keith Raniere’s decades-long terror and abuse. India then explains how she had finally woken up and decided to testify against the cult before the prosecutors.

Where to Stream Seduced: Inside the NXIVM Cult Episode 4 Online?

In the third episode of ‘Seduced’, titled ‘Enslaved’, India narrates how she was regularly abused, brainwashed, and indoctrinated into the cult by Allison Mack and Keith Raniere. In the beginning of India’s indoctrination into DOS, she was compelled by Allison to seduce Keith — which included sending him a nude photograph. As Allison’s slave, India resided with her in the former’s townhouse in Clifton Park. In the episode, India recounts: “My life became very much like her life. It was all about having this rigorous lifestyle.” Alongside India, Allison had three other slaves.

India then details how Keith forced her to weigh 106 pounds. She had to eat only 500 calories of food per day. In 2016, Allison and her slaves took a trip to the Berkshires in Massachusetts. Here, Allison made everyone take a nude ‘family photograph’. Allison even forced the rest of the women to submit monthly collateral. The collateral was used as a threat in case any of the women wanted to make anything public. The episode additionally reveals that one of Keith’s youngest victims was a 12-years-old child.

In 2016, DOS started expanding, and hence, Allison asked India to start enrolling her own slaves. Ultimately, India was forced to recruit three slaves. Later, the second-line of DOS had to receive brands. India recounts the painful experience when she was held down on the table and branded with the cauterizing pen. The episode wraps up with Catherine Oxenberg, India’s mother, describing how she got a chilling phone call from someone, warning her that her daughter’s life was in grave danger.