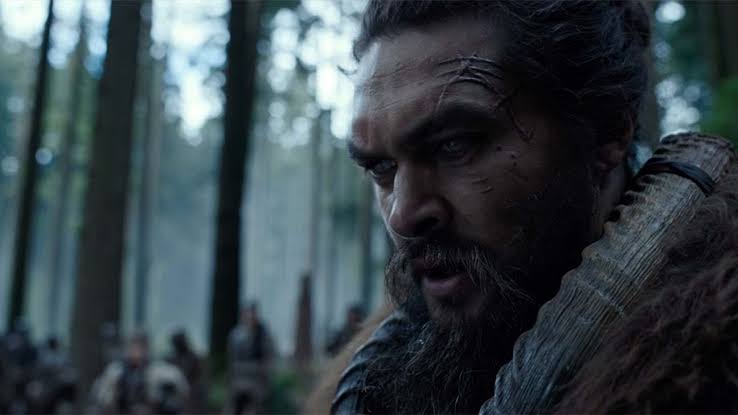 Every sense organ is important for our survival. To imagine life without any of them seems impossible, for the ones who are bestowed with all of them. What would happen if one of them is taken away, not just from one human being but from entire humankind? What if the sense of sight becomes just another myth because it has been gone for so long? In his new fantasy drama, Steven Knight explores this possibility.

Known for creating shows like ‘Peaky Blinders’ and ‘Taboo’, ‘See’ is set in a world where no one can see anymore. He executive produces it alongside Francis Lawrence (who also serves as the director), Peter Chernin, Jenno Topping and Kristen Campo.

‘See’ Season 1 premiered on Apple TV+ on November 1, 2019, with first three episodes. The plan was always to premiere the show with three episodes first and then air rest of the episodes weekly. Which means, ‘See’ Episode 8 will release on December 6, 2019.

The show is one of Apple’s most ambitious projects. Reportedly, the budget for every episode has been so high that it could rival HBO’s budget for ‘Game of Thrones’. But if we are comparing investments, we should also consider the results. ‘Game of Thrones’ rose to become the most influential fantasy drama on television and was worth every penny for the production house. Apple’s faith in ‘See’ shows that they, too, have made a calculated gamble, and expect it to join the league of other popular series.

The premise is quite experimental and has never been explored before on such scale, and the rising popularity of fantasy dramas is sure to work in its favour. The complicated storyline also means that one season wouldn’t be enough to bring all of its mysteries and myths to a proper end. That’s why, Apple has gone ahead and already renewed the show for a second season. You can expect ‘See’ season 2 to release sometime in November 2020.

The cast of ‘See’ is led by Jason Momoa, who plays the role of Baba Voss, the fearless leader of the tribe in which the twins with vision are born. Momoa came to limelight after playing the role of Khal Drogo, the leader of the Dothraki in ‘Game of Thrones’. Since then, his popularity has been on the rise, especially after he bagged the role of aquatic superhero, ‘Aquaman’ in the DC Universe.

Sylvia Hoeks plays the role of Queen Kane, the ruthless leader of the people who live in the what is now a remnant of the previous civilizations. She is the main antagonist of the show and wants to kill the twins. Hoeks is previously known for her roles in ‘Berlin Station’, ‘The Girl in the Spider’s Web’ and ‘Blade Runner 2049’.

Alfre Woodard plays the role of Paris, a mid-wife in Baba Voss’s tribe, who also senses the change that the birth of the twins will bring about. Woodard is an Academy Award-nominated actress, who also has eighteen Emmy nominations under her belt (out of which she won four), while also being the recipient of a Golden Globe. Her best-known works include ‘Cross Creek’, ‘Primal Fear’ and ‘12 Years A Slave’. Hera Hilmar plays the role of Maghra, the woman who gives birth to the twins and becomes Baba Voss’s wife. Hilmar has previously worked in ‘Da Vinci’s Demons’, ‘The Romanoffs’ and ‘Mortal Engines’.

See Plot: What’s it about?

Set more than 200 years into the future, ‘See’ explores the way of life in a society where the sense of sight has been lost. It started with a mysterious virus that killed whoever it infected. Those who survived lost the ability to see, and it was passed on the next generation and the next until the world forgot about the days when seeing was ever possible. The loss of an important sense organ hit humanity so hard that it degraded drastically.

All of the scientific and technological advancements were lost and the humans have gone back to the lifestyle of hunters and gatherers. The world has also been divided into a number of factions, most prominent of them under the tyranny of Queen Kane. Those who live outside the walls of her city have clustered together and formed their own tribes. Baba Voss is the leader of one such tribe.

While humans have learned to survive without sight, they have developed other abilities which make them adept at hunting and fighting. Some have a keen sense of hearing while others deal in the mystic powers. In the midst of all of this, there is also the talk of the witches. When Maghra is found by Baba Voss’s tribes, she brings double trouble. First, she is being chased by another tribe that believes that she is a witch.

Secondly, she is pregnant, and they think that her children will have the power to see, which is considered a taboo in their world. Baba Voss protects Maghra and eventually marries her. The twins are born and as expected, they are born with vision. But the danger isn’t over yet. When Queen Kane comes to know about them, she vows to bring down all of her wrath and eliminate the abomination from their world, as she believes that it was the power of sight that corrupted the world and brought about its downfall. But, of course, she has other reasons too.

For the lovers of fantasy genre, ‘See’ presents a brave new world. You can catch all of its episodes on Apple TV+. Watch the trailer of the first season here.