Will There be a Seis Manos Season 2 on Netflix? 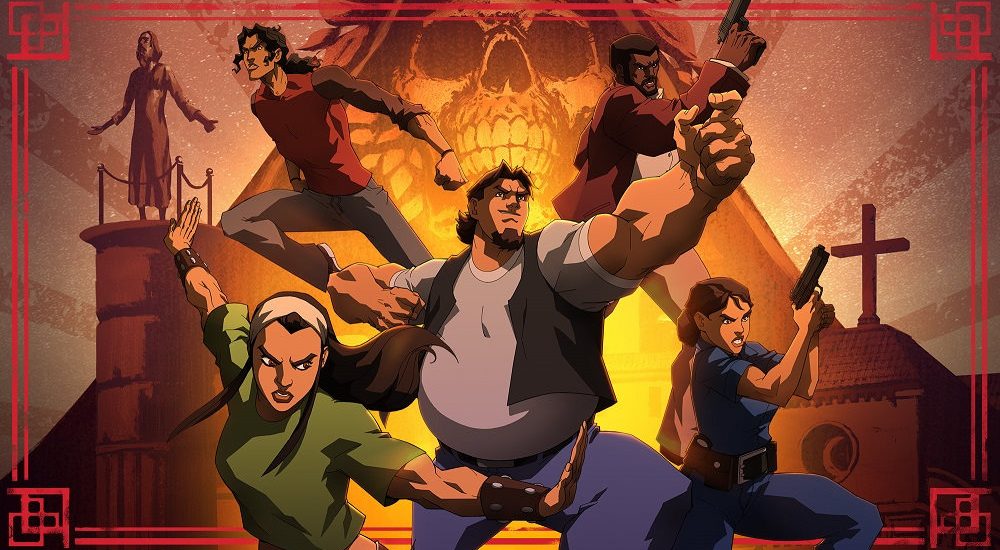 ‘Seis Manos’ is a Mexican-American adult animated series that is created as a Netflix original by Brad Graeber and Álvaro Rodríguez. The story takes us to Mexico in the fictional town of San Simon during the 1970s and introduces us to three orphans. The trio, trained in martial arts, teams up with an American DEA agent and an officer from the Mexican federal department to seek revenge of their mentor’s murder. The show is a joint production of VIZ Media and Powerhouse Animation Studios, which is also behind the making of the fan-favorite title, ‘Castlevania’. It is Powerhouse Animation’s first original project that has been developed completely in-house.

The show’s first season was received well. Now, the question is, will there be a Seis Manos season 2?

Seis Manos Cast: Who is in it?

Carlos Luna stars as the voiceover artist for Domingo. Philip Anthony-Rodriguez voices multiple characters, whereas Carl Thiel enacts the character of the newscaster. Other main cast members are Vic Chao as Chiu, Jonny Cruz as Jesus, Aislinn Derbez as Isabela, and Angélica Vale as Garcia. Mike Colter plays the US DEA Agent Brister and Danny Trejo stars as El Balde.

If the show returns for season 2, all the voice artists are also expected to make a comeback.

Seis Manos Plot: What is it about?

‘Seis Menos’ unfolds in Mexico in the 1970s, where we meet the main characters residing in the small town of San Simon. Most of the action takes place in this sleepy neighborhood, which does not witness anything noteworthy (usually). The locality is home to three orphans — Silencio, Isabela, and Jesus — adopted and trained by the local martial arts master Chiu. However, when a monster created by the notorious crime lord El Balde kills Chio, our trio of heroes joins hands with a federal agent Garcia and US DEA agent Brister — in order to face off the dangerous Balde.

‘Seis Manos’ is essentially a martial arts series that brings in elements of crime with supernatural hints. The crime aspect is obviously pretty clear with Balde as the main antagonist, who is always against the law. As for its take on martial arts, Jesus, Isabela, and Silencio are the lead characters who adopt their own signature styles to fight while the criminals employ conventional methods like guns and knives. Isabella’s specialty lies in the low stances and hard strikes of the Shaolin hung ga style. Jesus follows the moves of drunken boxing and Silencio is an expert in the white eyebrow style.

Now, as far as the supernatural element is concerned, there’s this vital role played by a strange powder that lends superhuman strength to its users and a mysterious statue which has several secrets buried deep within its structural folds. Along the way, we also witness hints of Chinese mysticism and traditions, woven seamlessly into the storyline.

‘Seis Manos’ is violent, packed with death, gore, and blood. The relationships between the adopted siblings — which is previously depicted as loving but later develops to infuse tension and strain, especially after the death of their mentor — is the hightlight of the show. However, they are still fiercely loyal to each other although the familial bonds might have taken a hit. The series also dives into their personal lives. For instance, Silencio is in love with the local mechanic Lena. Another interesting chemistry is between Garcia and Brister. Brister is a black guy who does not quite understand Mexican culture, whereas Garcia struggles with being a woman in a male-dominated profession. However, Brister finally cuts some slack in his treatment toward Garcia when he realizes that this is the same way how he is treated in America. Yes, ‘Seis Manos’ does pride itself on its strong character development arcs.

A gritty series and packed with gripping mysteries and action sequences, ‘Seis Manos’ is an ambitious project. Hopefully, season 2 will continue being interesting.

Seis Manos Season 2 Release Date: When will it premiere?

‘Seis Manos’ season 1 premiered on Netflix on October 3, 2019. The first season comprised of a total of eight episodes, with each episode spanning a run-time of 25 to 30 minutes.

As far as the next season goes, we don’t have an official announcement yet. Though considering the fact that it is an animated show, we would be surprised if it doesn’t get another season. If renewed, our best guess is that ‘Seis Manos’ season 2 can release sometime in October 2020. We will update this section as soon as we hear more.

You can check out the official trailer of ‘Seis Manos’ season 1 right below.