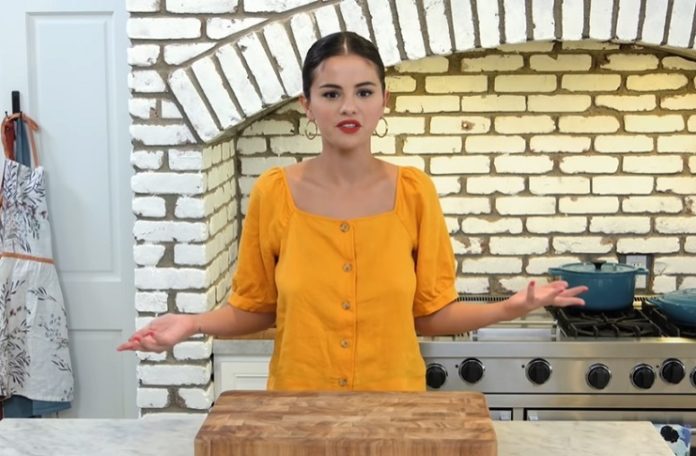 ‘Selena + Chef’ is a cooking reality show, directed by Steve Hryniewicz. The unscripted food-centric series joined the list of virtually filmed titles that have become a staple in these COVID-19-induced lockdown times. The quarantine special primarily highlights guest stars, who join the host and teach different hacks, on how to tackle kitchen disasters and curate delicious recipes. When season 1 landed on HBO Max, it instantly progressed to become a culinary favorite among fans. Now that the first iteration has ended, here is all we know about its next edition.

‘Selena + Chef’ season 1 premiered on August 13, 2020, on HBO Max, with three back-to-back episodes. It dropped another set of three episodes on August 20, 2020, and wrapped up with its four-part finale on August 27, 2020. On the day of the first season’s conclusion, HBO announced that the show has been renewed for its 2nd edition. Host Selena Williams confirmed the same in a statement to Deadline:

“Learning from some of the best chefs in the world has vastly improved my cooking skills but I have a lot more to learn. I am looking forward to challenging myself in the kitchen on the next season.” If things move as per schedule, we can expect ‘Selena + Chef’ season 2 to premiere sometime in late 2020.

Selena Gomez presents and also serves as one of the executive producers of the show. The renowned singer and actress does not need a detailed introduction. Gomez embarked on her tv career by appearing in ‘Barney & Friends’ and then progressed to star in ‘Wizards of Waverly Place’. Her notable films include ‘Another Cinderella Story’, ‘Princess Protection Program’, ‘Spring Breakers’, ‘The Fundamentals of Caring’, and ‘A Rainy Day in New York’, among others. Additionally, she has voiced the character of Mavis in the ‘Hotel Transylvania’ film franchise and has executive produced ’13 Reasons Why’ and ‘Living Undocumented’.

During HBO’s virtual CTAM session, prior to the show’s release, Gomez commented about her experience during the remote filming sessions. She said: “I was definitely getting down and a lot is going on. [The show] was an opportunity to make something that could make people smile.” Joining Gomez in season 1 are several notable guest stars from the food and beverage domain. Some of these names are Angelo Sosa, Antonia Lofaso, Candice Kumai, Daniel Holzman, Jon Shook, Vinny Dotolo, Ludo Lefebvre, Nancy Silverton, Nyesha Arrington, Roy Choi, and Tanya Holland. Season 2 will see Gomez making a comeback, joined by a fresh batch of culinary stars.

What Can Selena + Chef Season 2 be About?

In ‘Selena + Chef’, host Selena Gomez is joined by a bunch of talented chefs as they help her in honing her cooking skills during her quarantine days. The series lends insights into clever cooking hacks like perfecting French omelets and undercooking cheese soufflés. The unscripted show infuses fans with the skills and confidence to try their hands in challenging dishes. As per Gomez herself, certain recipes like spicy miso ramen is now a staple in her house. But that does not mean that each featured meal is so easy to make! For example, one of the episodes teaches viewers how to cook a complicated octopus dish.

Since ‘Selena + Chef’ is filmed virtually, Gomez and the celebrity guests are remotely connected. The singer then takes instructions from them to whip out some delicious cuisines. But since the chefs are not there physically, she, at times, makes errors. And her testers, her friends and family, are not always pleased with the results! Season 2 will stay true to the same format while featuring Gomez trying her hands on several new recipes.