Where Was ‘Self Made’ Filmed? 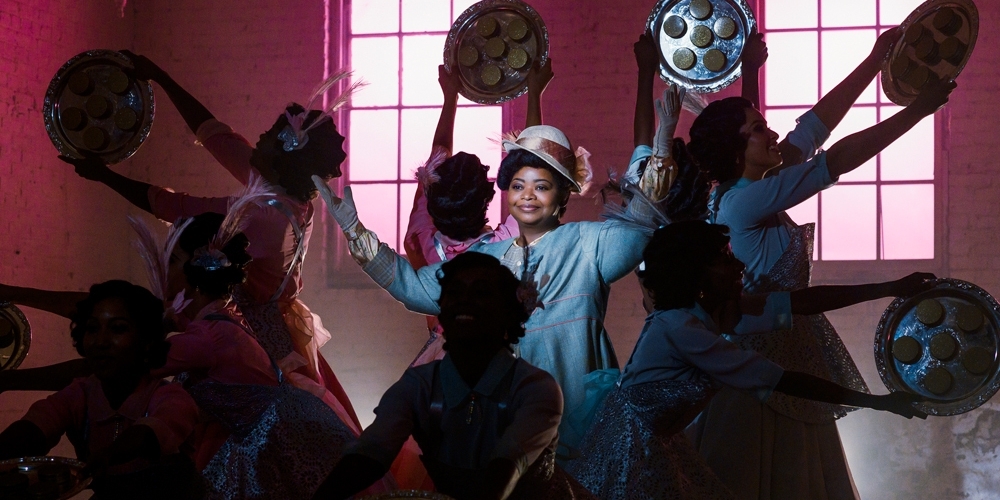 ‘Self Made: Inspired by the Life of Madam C.J. Walker’ is a biographical web series based on the life of America’s first female self-made millionaire, Sarah Breedlove, widely known as Madam C. J. Walker. With Academy Award-winner Octavia Spencer in the lead, the series transports us to the early 20th century, where we witness the arrival of Walker and her daughter A’lelia in Harlem. Walker begins working as a laundress but earns hardly enough to run her house. On top of it, she starts losing hair because of excessive stress, severe dandruff issues, and lack of proper hair care. She meets a hair care entrepreneur, who helps her grow her hair back.

When the woman insults the entire black community, Walker decides to put the hair care knowledge she inherited from her brothers to use and decides to start making her own products. One thing leads to another, and because of the support and demand from the black women, Walker sets up her own company. By creating a line of hair care products and teaching women the benefits of it, Walker revolutionizes the hair and beauty industry and goes on to become the first self-made millionaire in the United States of America. But her path to success is filled with obstacles ranging from racism, classism to oppression from the opposite sex.

The show has been adapted to screen by Nicole Asher from the biography On Her Own Ground, written by A’Lelia Bundles, great-granddaughter of Walker’s daughter A’Lelia. Amid other things, the show was highly appreciated for its production design. Let’s find out where the show was filmed.

Self Made Filming Locations

Canada has served as a filming location for some of the most popular movies among cinephiles – ‘It,’ ‘X-Men,’ ‘American Psycho,’ ‘Good Will Hunting,’ ‘Titanic,’ ‘Twilight,’ and many more. Because of its cinematic topography, tax incentives, and multiple film studios, the production departments across the globe have a soft spot in their hearts for filming television shows and films in the Great White North. Therefore, the series was extensively filmed in several areas across Ontario, Canada. Principal photography for the series was conducted from July 26, 2019, to September 20, 2019. Here are the specific locations.

Most of the shooting of the series took place in the City of St. Catharines, located south of Toronto, in Southern Ontario. The production and art department transformed the downtown region of the city into 20th century Harlem. The shooting took place on August 12, 2019, and August 13, 2019, on St. Paul Street and James Street.

This damn fine human to my left is #ExecutiveProducer @christineholder without she & her stellar partner @markymarkholder reading #OnHerOwnGround by @aleliabundles & having the foresight that it could be a series there wouldn’t be one. #Grateful to have met you & for all the support during this journey but most of all #delighted that we will be #friends forever! (We get time keep the #RollsRoyce right?) #MadamCJWalker #MeetTheCrewMonday #SelfMade #InspiredByMadamCJWalker @netflix #March20 #Soon!

The city managed to earn a financial income of around $100,000 through permits and also by providing lodging and boarding and dining facilities to the cast and crew.

This was an awesome experience. I have so much respect for the cast, crew, costume department, hair and makeup artist. Everyone that is involved in the movie making process. It is a lot of work in telling a story on film. I absolutely love it! #Grateful #madamcjwalker Repost @blairunderwood_official ・・・ It takes a village…fo real! Just another day @ the office. Lol! #CJWalker husband of #MadamCJWalker @octaviaspencer #Netflix #AmazingCast&Director #KasiLemmons @kzvchick #Honored #Grateful

The city also doubled up as a filming location for the coming of age drama ‘Anne with an E.’ Blair Underwood, who plays Walker’s supportive husband in the film, shared a beautiful picture from the film’s set.

You know you are working with a master when all you have to do is show up and respond to the spirit, heart and passion that she so effortlessly exudes. The #Amazing @octaviaspencer #MadamCJWalker #SELFMADE Premieres March 20th #Netflix

Some of the scenes were filmed in Mississauga, a suburb in Toronto. It is known for its flourishing economy and a thriving commercial and business center.

Several scenes from the show, like the one where Walker celebrates her victory with her friends, were filmed on various locations and built-in set in Hamilton city.

The scene where Walker leaves the church after a conflict was also filmed in the city.

Shawn Cotterell, the founder of the anointed choir, Powerhouse Fellowship Soul Choir, shared a few behind the scenes pictures from the set.

One of the leading industrial centers in Canada, Hamilton, is located in the Golden Horseshoe region in Southern Ontario. With over 60% of Canada’s total steel production, it is known as the Steel Capital of Canada.

The filming unit also chose Cambridge, Ontario, for filming a few scenes for the show. A culturally rich city, Cambridge is well-known for its stunning locales, historical sites, and architectural heritage. Located in Central Canada, Ontario is home to Canada’s capital Ottawa, and Toronto, which is referred to as one of the cosmopolitan cities in the world. It is Canada’s most populous province and is named after Lake Ontario.