The True Story Behind ‘Self Made’

Born in abject poverty, Sarah Breedlove worked her way through all the struggles and challenges to become the wealthiest self-made woman in the USA. She had a keen sense of business to defeat her rivals and had a huge heart to help others and the intentions to lift her race, especially women. The Netflix series, ‘Self Made’ follows the incredible story of her life. Here is all that you should know about her.

Who was Madam CJ Walker?

Sarah Breedlove was born two years after the Emancipation Proclamation, which made her the first person born free in her family. She lost her parents at a young age and had to work as a domestic servant to make ends meet. Her formal education didn’t last beyond a couple of months. She lived with her sister for a while, but at the age of 14, to escape her brother-in-law’s abuse, she got married to Moses McWilliams, who died a few years later, leaving a 20-year-old Sarah to take care of her 2-years-old daughter all by herself.

They moved to St Louis, where Sarah worked as a washerwoman, barely getting a dollar a day. However, she didn’t want her daughter to go without a formal education, so she pushed through. A couple of years later, she married a man named John Davis, but the marriage didn’t last more than a decade. This was the time when Sarah started to suffer severe hair loss.

A common problem among black women at the time, Sarah suffered from various scalp and skin ailments. It was primarily due to the use of harsh products for the hair, along with the lack of other health and hygiene amenities. It was when a woman named Annie Malone (i.e., Addie Munroe) knocked at her door and helped her grow back her hair that Sarah’s life turned around.

In the Netflix series, it is shown that Addie refused to let Sarah become an agent and sell her products. In reality, however, Sarah not only worked as a commission agent for Malone but was also very good at it. Due to some disagreements between them, she eventually left Malone and used the knowledge at her disposal to better the product and create her own line of products.

The Walker Company: The True Story Behind ‘Self Made’ 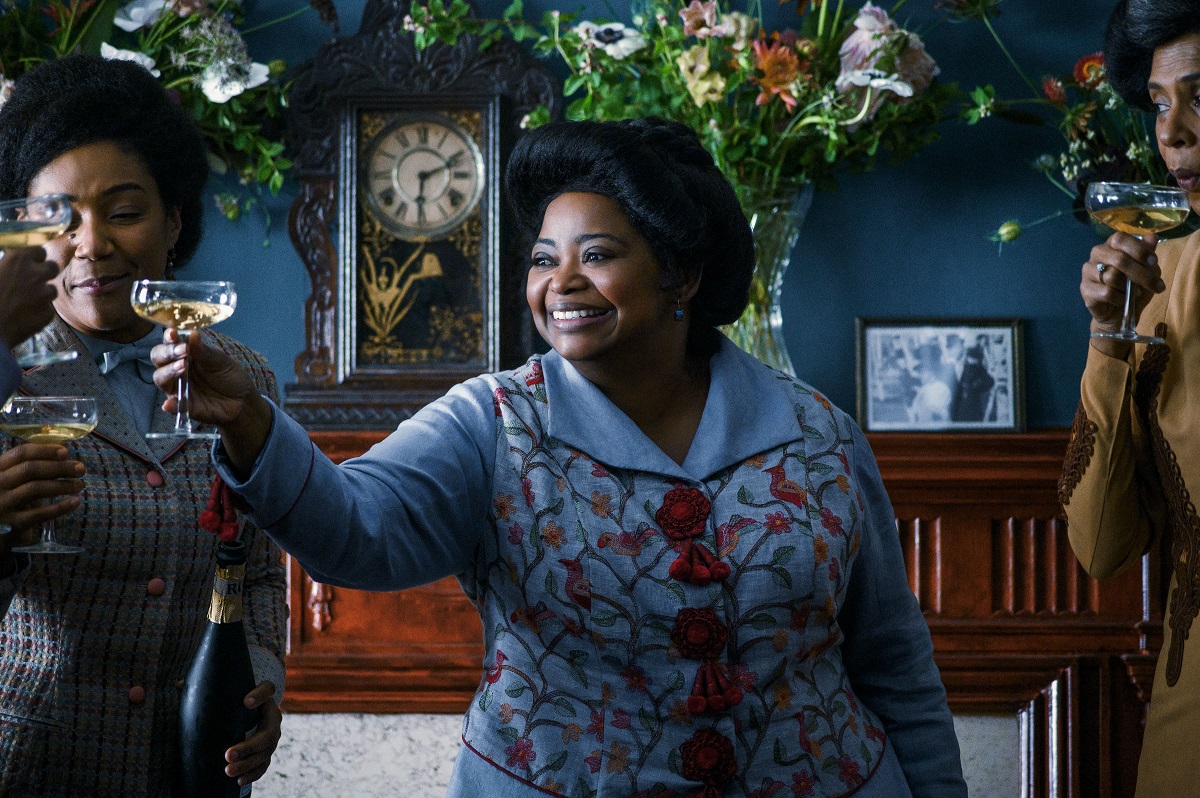 By the time Sarah Breedlove started making a name for herself, she had married Charles Joseph Walker, and as her products started selling better and she became famous, she took on the title of Madam CJ Walker. Knowing the importance of a good advertisement, she focused keenly on this and used herself as a reference for her haircare products.

Her products were sold door to door by the women whom she had taught how to groom and style hair. She and her husband travelled extensively throughout the country to expand their business. They soon set camp in Pittsburgh where they eventually opened the Lelia College for hair culturists. A few years later, they shifted operations to Indianapolis, finally moving on to New York City.

By the time the company reached its zenith, about 20,000 women had been trained and several thousand had worked as sales agents for the products. In 1917, when a convention was held in Philadelphia, it was one of the first national gatherings of businesswomen in the US. Her idea had always been to make her employees more self-sufficient and financially independent, which, in turn, would make their lives better, giving them a better chance at everything else in life.

Apart from dedicating herself to her business, Madam CJ Walker was also known for her political activism and philanthropy. She was known to make generous donations to charities and various organizations. She was a patron of arts and helped it bloom anyway she could. In 1917, she took part in the Silent March in response to the lynching and even visited the White House to get the voice of her people heard. She also invested in education and fiercely advocated for civil and human rights. She also spoke up against the segregationist policies of the War Department during the First World War. In fact, in her final will, she had left two-thirds of her future profits to charitable organization, while also donating to schools.

How did Madam CJ Walker Die?

On May 25, 1919, Madam CJ Walker died of kidney failure at the age of 51. She rests in Woodlawn Cemetery in Bronx, New York. Even after her death, her company continued to flourish and expanded to countries like Cuba, Jamaica and Panama, among others. A’Lelia Walker, her daughter, served as the next President of the company. In July 1981, the Walker Company officially ceased operation. Since March 2016, Sephora stores have been exclusively selling a new line of Madam CJ Walker products launched by Sundial Brands.