When Does Selling Sunset Season 2 Premiere? 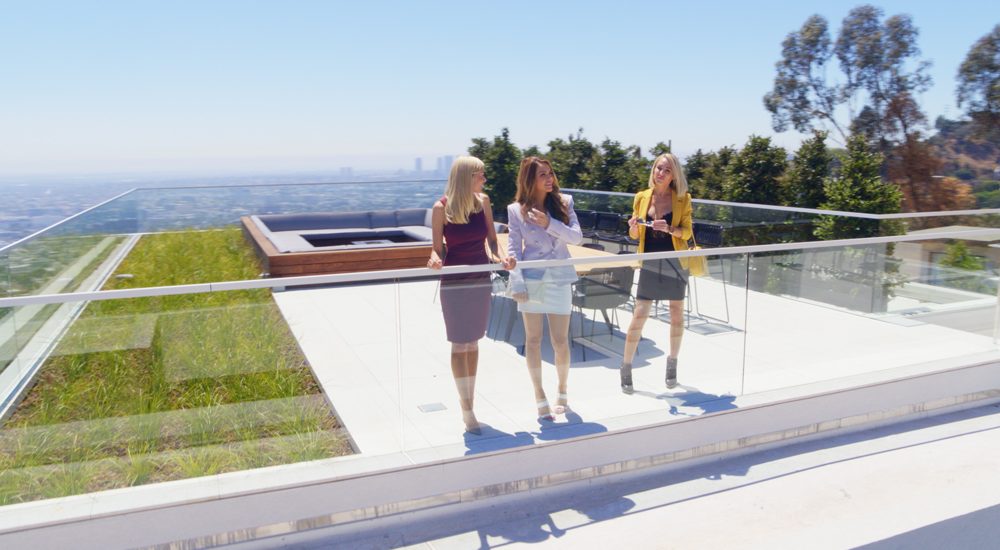 When ‘The Real Housewives of Beverly Hills‘ intersects with ‘The Hills’ and ‘Million Dollar Listing‘, the resulting cocktail is very much similar to ‘Selling Sunset’. This spicy, addictive reality series revolves around a bunch of high-profile, affluent females, employed in Oppenheim Group’s real estate brokerage firm in LA. Upon its release, the show became an instant hit, owing to its interesting format, infused with generous doses of guilty pleasures. Hence, it came as no surprise when we learned that the series has been renewed for season 2. Here are the details.

‘Selling Sunset’ season 1 premiered on March 22, 2019, on Netflix. It consisted of eight episodes.

In April 2020, Netflix announced that the series had been renewed for its second edition. Creator Adam DiVello said: “Along with our partners at Lionsgate and Netflix, we couldn’t be more excited to return for the second season of Selling Sunset. This season includes even more ups and downs as we see our cast take on larger listings and even bigger challenges in the office and in their personal lives. Fans of the series are in for a binge-worthy new season!” — as reported by Deadline.

Almost all the cast members from season 1 are making their comebacks in the second installment. We will again meet our favorite realtors Chrishell Stause, Christine Quinn, Mary Fitzgerald, Heather Rae Young, Maya Vander, and Davina Portratz. Alongside them, the owners of The Oppenheim Group, namely, Brett Oppenheim and Jason Oppenheim will also make appearances in the episodes.

What Can Selling Sunset Season 2 be About?

‘Selling Sunset’ follows a group of successful female real-estate agents, all of whom are employed at the #1 agency in the Hollywood Hills and the Sunset Strip — The Oppenheim Group. These ladies are highly ambitious and they work hard to stay afloat in the extremely competitive real estate market of Los Angeles. Alongside their professional lives, we also get to see how they balance their personal relationships.

Season 2 of this bold reality drama will follow the cast as they face more ups and downs in their journeys. They will engage in larger listings and bigger challenges. As surmised by Netflix, in the upcoming edition, “the ladies deal with even more mind-blowing mansions, shocking new romances, and explosive truths that will change their lives, relationships, and careers forever.”

The show’s official Instagram handle promises that season 2 will feature “bigger homes, more drama, and a new realtor in the mix.” Time to get excited!

It’s official!! SELLING SUNSET returning MAY 22nd on NETFLIX! Shout out to the AMAZING CAST and CREW who worked so hard to put this together! BIGGER HOMES, MORE DRAMA AND A NEW REALTOR IN THE MIX!! Get ready! Thank you #netflix

You can check out the official trailer for season 2 below: