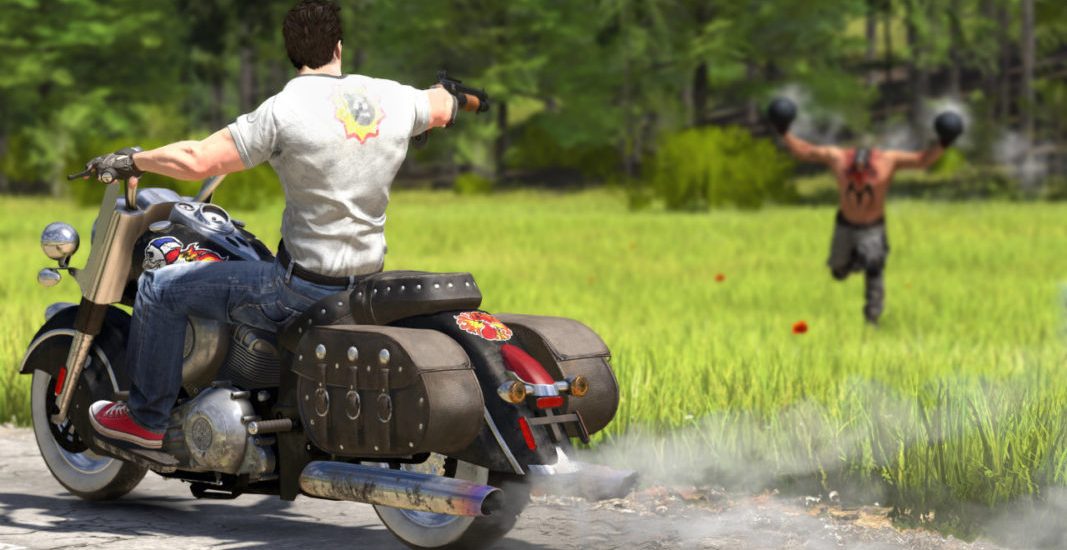 In an age where First Person Shooter (FPS) games are all about realism, grittiness and authenticity, the ‘Serious Sam’ games stick out for their wacky approach to the genre with ridiculous weapons, fatuous enemies and a general disregard for real-life constraints. The series started out in 2001 when developer Croteam released ‘Serious Sam: The First Encounter’ for the PC.

The game takes place in ancient Egypt, where humanity has discovered advanced alien technology that enables interstellar travel. You play as Sam “Serious” Stone, a captain of the Earth Defense Force, and must resist the tide of evil as an ancient entity named Chad Sheen (also known as “Mental) has returned to wipe out all sentient life on earth.

Since then, the ‘Serious Sam’ series has seen four official titles, nine spinoff games as well as a number of ports and rereleases for a number of platforms. Most of these games are developed by series creator Croteam, with Devolver Digital working on the rest. Now, nearly a decade after the last main installment in the series, the franchise is being revived with a new sequel. Read on to find out everything we know about ‘Serious Sam 4: Planet Badass’.

As with its predecessors, ‘Serious Sam 4: Planet Badass’ is an old school First Person Shooter (FPS) at heart. This means that the game will actively switch out some of the standard mechanics in modern FPS games for gameplay systems that may be unfamiliar to the modern FPS fanatic. You will spend most of your time with the game, mowing through a very large number of enemies using your vast arsenal of weapons.

While most modern FPS games limit you to carrying two or three weapons for the sake of realism, ‘Serious Sam 4: Planet Badass’ sheds these limits and will allow you to carry several weapons at once (likely more than 10 at any given time) and switch between them on the fly for all your alien killing endeavors.

Some of the weapons confirmed to be coming to ‘Serious Sam 4: Planet Badass’ include the double-barreled shotgun, pump-action shotgun, minigun, assault rifle, revolver, SBC cannon, and the sniper rifle. Due to hardware and technological advances, there can now also be a greater number of enemies on screen than ever before, with Daniel Lucic (Croteam communications manager) claiming that up to 100,000 enemies on the screen at once is now a possibility.

The Steam page for the game describes it as follows:
“Developed by true shooter veterans in Croteam, Serious Sam 4: Planet Badass reignites the classic series by improving on the old-school formula. Enjoy the high-adrenaline action combat with an unbelievably destructive arsenal and experience Sam’s iconic enemy-annihilating circle-strafing and backpedaling dance-routine on an even bigger scale.”

Another iconic component of the ‘Serious Sam’ games has always been the wacky enemies for you to murder. Based on the screenshots and what footage we have of ‘Serious Sam 4: Planet Badass’, the enemy roster consists of the infamous headless Kamikaze, the Scythian Witch Harpy, Sirian Werebull, Kleer Skeleton Gnaar, Cloned Soldier, Khnum, Processed and Bio Mechanoids.

As is standard for most sequels today, ‘Serious Sam 4: Planet Badass’ will feature a considerably larger world for the player to explore, with a number of new locations and optional puzzles, secrets, and quests to undertake. These locations include the Desert Temple, Brkeen Chevap and Little Trouble.

You can traverse this expansive level using a number of vehicles including motorcycles, a farm combine or even the bulletproof popemobile. However, the developers have made it crystal clear that ‘Serious Sam 4: Planet Badass’ is not an open-world game and as such will not suffer the pitfalls of the genre. At its essence, it is still a somewhat linear, focused experience.

Sam’s companions will also be given a bigger role to play in the upcoming ‘Serious Sam 4: Planet Badass’. While previously they only really appeared in cutscenes, Rodriguez, Jones, Hellfire and the rest of the gang will now join Sam on his journey and partake in all the action.

Serious Sam 4: Planet Badass Developers: Who Are the People Behind the Game?

‘Serious Sam 4: Planet Badass’ was announced way back in June 2014 and was partially funded by the proceeds from the Serious Sam Humble Bundle. The story for the game is written by Jonas and Verena Kyratzes.

Serious Sam 4: Planet Badass Release Date: When and Where Can I Play It?

We don’t have an official release date for ‘Serious Sam 4: Planet Badass’ yet but the developers were initially targeting a 2019 release. Obviously, the game got delayed and a release in the second half of 2020 is widely expected now.

‘Serious Sam 4: Planet Badass’ will be available to play on a number of platforms including Microsoft Windows, Mac OS, Linux, PlayStation 4 and Xbox One. The developers have also spoken of their desire to port the game to the Nintendo Switch, as well as any other platforms that can handle the game.

You can watch the trailer for ‘Serious Sam 4: Planet Badass’ right here.