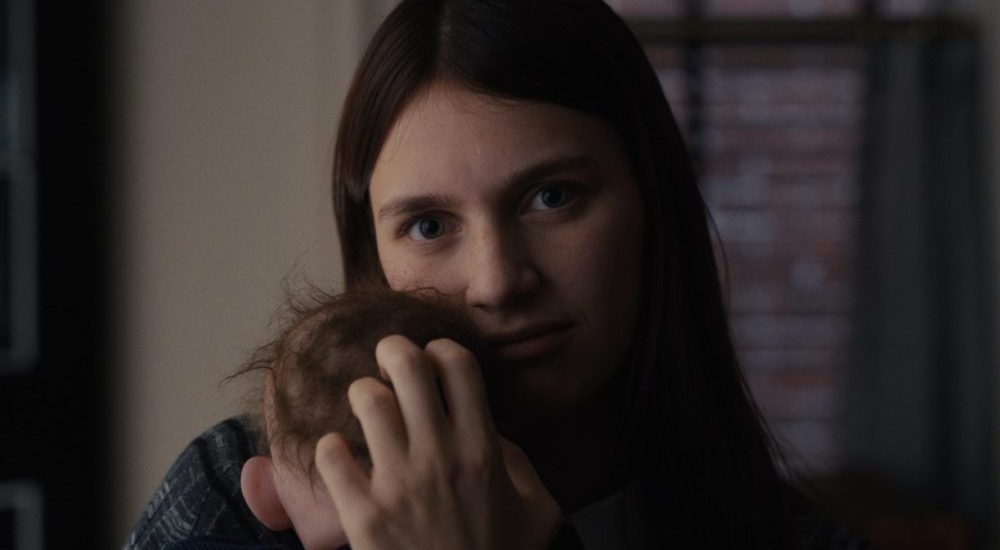 The fourth episode of Apple TV+’s ‘Servant’ picked up from where the series had left off after its first three episodes that were released collectively. Looking back, it feels like those three episodes were a single, sustained narrative divided into three parts- the beginning, middle and end. The first one set the stage, the second one raised the stakes and the third one provided some semi-conclusive revelations in a climactic manner.

On the other hand, the fourth episode now gives the impression of a continuously long-running television series that will strut about ever so slowly. The characters have been established and the plot has been laid down, allowing the show to breathe. This was the first episode where there was no imminent threat that was felt. Instead, the characters are shown to have settled down and going about their routine lives. The story does move along, but it feels less intense due to the lack of any urgency. Although, it does not miss its direction. However, it will be difficult to assess whether the show will find a footing in the future if it adopts this style.

The episode did not miss out on any of the show’s defining characteristics though. There was gourmet food that looked palatable and gory at the same time. There was Leanne acting weird, Sean being paranoid, Dorothy being Dorothy and Dylan acting his usual doubtful self. But, refreshingly, there were also flashbacks: something we haven’t really seen much of, and proved to be a decent window into the protagonists’ past.

The fourth episode of Shyamalan’s ‘Servant’ starts with a flashback: showing Sean and Dorothy a few years ago. Dorothy shows Sean her latest pregnancy test which has turned out to be positive. The couple seems jovial and share a lovely chemistry which feels at odds with their present state. They name the fetus “Harry.” Sean writes it on the pregnancy test kit and puts it in his drawer.

Jumping to present time, Sean wakes up in bed with Dorothy sleeping next to him and eavesdrop on Leanne from outside her room to find out that she is playing with the baby, late at night.

The next morning, Sean decides to cook some lobster ice-cream. However, after he is finished and tastes it, he gets disappointed as his sensation of taste has still not returned. Then, when Leanne is cooking in the kitchen, he sneakily takes a knife and approaches her. However, after giving the viewers a second-long thrill, Sean is shown quietly rummaging through the kitchen and putting a few tools in his pocket.

Then, he proceeds to go to Leanne’s room without letting the eighteen-year-old nanny notice him. He hides a camera on the wall and manages to get out of the room in the nick of time, right before Leanne steps inside.

Soon, Dorothy returns home. She invites Leanne to accompany her to work, along with the baby on the following day. She wants to show the baby to her co-workers. Sean realises that this is a bad idea since he had kept Dorothy’s replacement therapy a secret from the outside world.

However, Sean manages to convince Dorothy privately to not take Sean to her workplace. He reminds her of how she herself does not like other people flaunting their newborns around. Dorothy gets upset at first, but eventually agrees with Sean. It turns out that Leanne had been overhearing this conversation.

The next morning, Leanne gets dressed up and gets the baby ready, surprising Dorothy who realizes that she forgot to inform her of the cancelled plan. She tells Sean to do so. Sean complains of something in his eye and then proceeds to tell Leanne abruptly that the plan has been cancelled without providing any reason.

Dylan comes over with some wine, but Sean cannot taste it. Sean tells Dylan that he suspects Leanne of having gotten the baby in her bag on the first night that she arrived. Dylan asks Sean if he wants to keep the baby. Sean requests Dylan to taste his lobster ice-cream, but the latter gets disgusted and disagrees.

Afterward, Sean watches Dorothy reporting a trial’s hearing on the news. When she returns home, he tells her that Leanne had followed her with the baby and shows them on Dorothy’s news recording. Leanne returns home and tells the couple that she had taken the baby out for fresh air and did not inform Dorothy of their presence as she didn’t want to disturb them.

Sean watches Dorothy through the hidden camera, like he has been all day. At night, Leanne wakes up for a snack and finds Sean in the kitchen. She tastes his lobster ice-cream. Sean tells Leanne to obey what he says regarding the baby and Dorothy. He then proceeds to tell her about Dorothy’s auto-immune disorder that has been responsible for killing off multiple unborn fetuses. Returning to the flashback, Sean is shown putting another pregnancy test kit in the drawer which holds multiple ones: a way to show just how many miscarriages Dorothy has had.

Then, Leanne tells Sean that he should put chocolate sauce in the ice-cream which gives him an epiphany that seems to allow him to correct his newly conceived dish. Then, out of nowhere, he asks Leanne “Why us?” She replies, “Because I knew I’d be happy here.”

When Dorothy and Leanne have fallen asleep, Leanne picks out a DVD from Dorothy’s archive of her past news recordings and plays it. The tape shows Dorothy interviewing Leanne when she had been a child during a kids’ beauty pageant.

The fourth episode of ‘Servant’ felt tonally different from the first three episodes. There was no supernatural scare or a psychological danger lurking nearby. There wasn’t much horror. The mystery was maintained, although it became much less pressing in terms of urgency. The characters started to feel familiar and even normalized. Unlike the previous episodes, where each character seemed to have their own repertoire of dark past and dirty secrets, this episode seems to have grounded them. They are shown to be behaving more normally and routinely, like sitcom characters without the comedy.

However, despite that, the episode did not really feel boring or as if it was going nowhere. There were thrills and minor revelations. But the tension and suspense have almost become omnipresent, as if the show wants to be a “situational thriller.” What we mean by this is that quirky characters with riveting relationships between them have been established, just like a sitcom. With the premise planted, the episode gave the impression that the show would carry this along and put the characters in various engaging situations. Obviously, this can only work if the show’s writers manage to weave in enough routine thrills along with a steady movement towards the larger narrative.