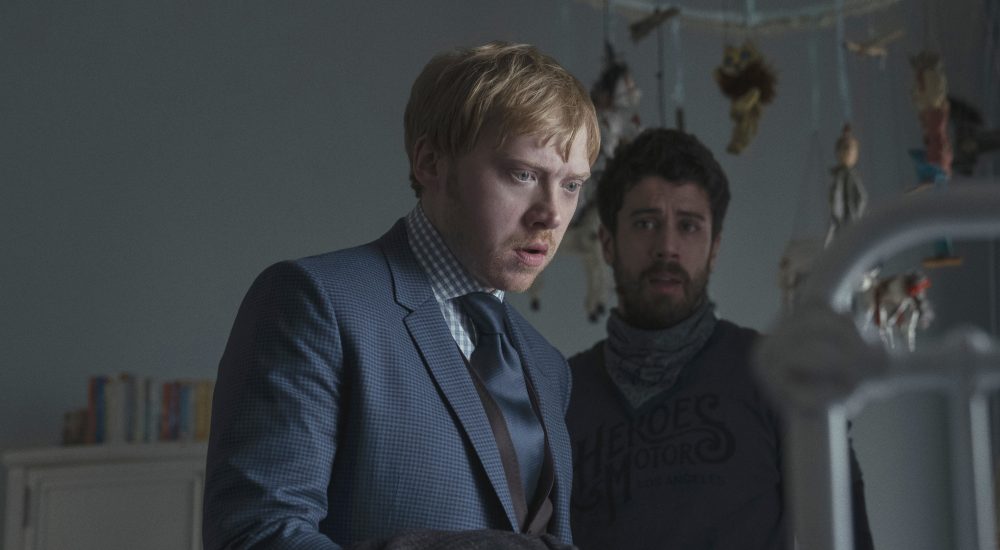 The ninth episode of ‘Servant’ is directed by M. Night Shyamalan and this is the second episode of the series to be directed by the acclaimed filmmaker. Hence, even before starting to watch the episode, it was a safe assumption that it would serve to be a rather critical one for the thriller show.

It is titled ‘Jericho’ and the show has teased finally revealing the story behind Jericho’s disappearance. Moreover, it is the penultimate episode of the season and it could also be speculated that it would serve to be some sort of setup for the season finale.

The episode progresses in two timelines: just after Jericho’s birth in the past, and the present time. To avoid confusion, every sub-section of this recap mentions whether the events described take place in the past timeline or the present one.

The episode starts with Dorothy giving birth to Jericho in the Turner’s house. Sean transfers the placenta into a zip-lock bag and stores it in the refrigerator. Sean is going to California to shoot cooking-based reality series and Dorothy discusses hiring a nanny with him.

A shot shows Jericho being kept on top of a chest of drawers, thereby heightening the viewers’ stress, teasing the possibility of the baby falling. Dorothy expresses how she is having to do all the baby’s work alone to Sean through a video call. Then, in another scene, Dorothy returns home with Jericho but leaves the house’s door open, highlighting her carelessness.

The scene in the past is quickly transitioned into a scene in the present where Dorothy is woken up by the car’s alarm beeping and Leanne sitting on her bed. Leanne offers to make her an omelette.

While she is cooking, Sean helps her. Then, he tells her that “it” wasn’t a crime and happens to a lot of people. After Dorothy is done eating, Sean packs the rest of her food in a plastic bag and puts it in the fridge. The refrigerator is still shown to have Jericho’s placenta.

Dorothy receives a parcel for Sean. It is the slab of meat that was seen in the previous episode by Julian in a flashback.

Sean is precisely cutting a fish. Dorothy then prepares to go for work. In the car, she sees Sean’s fish and pukes immediately. She calls in sick for the day. Then, Sean goes outside and Dorothy gets woken up by her nap with the car alarm beeping. At first she can’t find the car key but then can’t seem to shut the alarm.

She goes out of the house to stop it from beeping. She finds Jericho’s baby walker in the car. It is revealed that Leanne has been controlling the alarm with another (or the real) pair of keys from her room for some reason.

Dorothy gets disturbed by a car alarm again. She shuts it from the window in Jericho’s room and goes to the crib. Jericho does not seem to be moving despite Dorothy having heard him weep through the baby monitor. She gets disturbed and starts shaking.

Then, she lies in a state of shock on the bed, not replying to Sean’s message. So, he sends Julian to the house.

Dorothy asks Sean to spend time with her and reminds him of how he used to make her taste his food and appreciate her palette. Sean then proceeds to ask Leanne to taste the Blowfish that he has prepared.

Leanne spits out the food, saying its bitter. Sean asks Leanne to try the food again as he needs her opinion on why she does not like it. Leanne asks Sean why he stayed with Dorothy even after she did “that.” Sean tells her again that it was a mistake and that he regrets not having been there. He thinks that the event would not have happened had he been home to help Dorothy.

Leanne tells Sean that the fish tastes like an apple that has been left in the sun for too long. This is definitely a Biblical reference.

Then, Leanne takes Jericho from Dorothy’s hand telling her that is not a good idea for her to be around Jericho since she is sick. The episode ends with Leanne shutting the door of Jericho’s room with Dorothy outside.

M. Night Shyamalan’s grip could be felt throughout the ninth episode which certainly has a different flair to it. I thought that ‘Servant’ as a whole has been an excellent depiction of how to handle slow-burn exceptionally. However, after watching the Shyamalan-directed episode, I have to say: my perceptions have been changed.

With ‘Jericho,’ slow-burn feels extremely natural and freely flowing. At no point does one feel that the episode is lingering on disturbing scenes for effect, when in reality, it is doing exactly that.

Surprisingly, the episode shocked me with its measured pacing and how slowly and carefully the story unfolded as opposed to how unexpectedly fast things were moving. I had expected some form of twist-heavy reveal of the foundational events of the series’ plot: specifically, about the event that led to Jericho’s loss.

Instead, the episode focuses on how the event shaped and impacted the characters’ psyche. Its thrilling elements largely work on the fear of not caring for one’s baby enough. Of not being there. Of not doing the necessary things in life because of other commitments and how that could have drastic effects.

I found this approach to be very apt and I realized, that for a psychological thriller, revealing character motifs is more central than advancing the plot. Other than that, the episode sort of completes the series’ atmospheric setup, tones and themes. Shyamalan masterfully crowns all of the show’s obsession with food for instance.

Overall, I was extremely pleased with the ninth episode of ‘Servant’ and it leaves me truly wondering what to expect from the season finale. Will it make some stark revelations? Or will it persist to slowly revealing the characters and advance its premise skin by skin, splinter by splinter, from one gross food item to another.