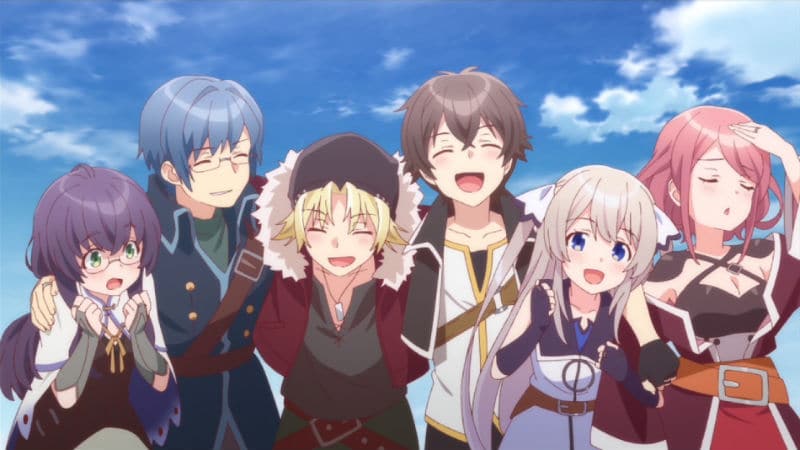 Seven Senses of the Re’Union (also known as Shichisei no Subaru in Japanese) is a science fiction anime series which is based on a light novel series of the same name. Written by Noritake Tao and illustrated by Booota, the light novel series was first published on August 18, 2015 and it ran till September 19, 2018, spanning 59 chapters compiled into seven volumes. Just prior to its conclusion, a Japanese anime studio called Lerche announced plans to adapt it into an anime television series and Season 1 of Seven Senses of the Re’Union premiered in Japan on July 6, 2018. It was deemed to be a success by fans of the light novel series and new viewers alike, and since then, fans have been waiting to hear news on a second season. Here’s everything we know about the prospects of Season 2 thus far.

Seven Senses of the Re’Union Season 2 Release Date: When will it premiere?

Seven Senses of the Re’Union season 1 premiered on July 6, 2018 and ran for 12 episodes till September 21 of the same year. However, in spite of its popularity, a second season has not been announced yet.

That being said, there’s no reason to get worried just yet. Anime shows sometimes take more than five years to renew, and hence, there’s plenty of time left for Lerche to announce a renewal. Further, Season 1 of the show only adapted a handful of the 59 chapters of the light novel series and therefore, there’s plenty of source material left for a second season. Our best guess is that Seven Senses of the Re’Union season 2 release date could be sometime in 2021. We’re keeping our ears open for news on the next season and will update this section as soon as we hear something reliable.

Seven Senses of the Re’Union Plot:

Seven Senses of the Re’Union is a science fiction show which is based in the year 2034 and like many anime shows, it blurs the line between reality and virtual reality.

Much of the events in the show take place inside a massively multiplayer online role-playing game (MMORPG) known as Union. When Union was first launched, a group of six elementary school friends created a party known as Subaru. Soon after the formation of the party, the six rose to a legendary status within the game as they started exceeding the limits of the game with their various senses. However, things took a dark turn when an in-game incident resulted in the death of one of the members in reality. Following this unfortunate incident, Union was shut down and the remaining friends went their own ways.

Six years after this incident, a new game called Re’Union is launched with a similar set of mechanics. Curious about what the game has to offer, Haruto, one of the six members of Subaru, logs into the game, but is shocked to find Asahi, his partner who died six years ago. Unable to figure out the mystery behind Asahi’s presence in Re’Union, Haruto thus reunites with his former party members, and together they set out to try and solve the mystery behind Asahi’s death and the existence of her digital avatar. This quest takes them on a dangerous journey into the deadly online game, and the show chronicles their adventures and misadventures.

Seven Senses of the Re’Union Characters:

Although Seven Senses of the Re’Union has a limited number of characters, most of them are important to the plot of the show. Below, we’ve provided you with brief backgrounds on each of the main characters in the show.

Haruto Amō: The main male protagonist of the show, Haruto’s digital avatar is of the fighter class and he is the leader of the legendary group known as Subaru. While Haruto led Subaru to levels of unimaginable glory in Union, tragedy befell the group when his partner, Asahi, died protecting him during a fight with a dangerous dungeon boss. While Asahi died in the virtual world, she simultaneously suffered a heart failure in the real world and passed away. Asahi’s death devastated Haruto and following the incident, he distanced himself from everyone in the world and became an emotionless boy just going through the motions. However, when Haruto joins Re’Union and finds Asahi, he slowly starts to revert to his older, cheerful self.

Asahi Kuga: The main female protagonist of the show, Asahi’s digital avatar is of the rear guard class, and she used to be Haruto’s partner in Union. However, after her in-game character died in Union, Asahi suffered a heart failure in the real world and died. Indeed, everyone had thought she had died until Haruto joins Re’Union and finds her sleeping inside a treasure chest. When Asahi wakes up, Haruto finds that she still thinks it’s the day of the failed quest six years ago. Further, Asahi is also shown to be stuck in the past insofar that her in-game character is still six years younger mentally.

Satsuki Usui: While not a main character, Satsuki is also pretty important to the plot of the show. She is the mage of Subaru, and like the other members, left the game after Asahi’s death. Later in the show, it is revealed that Satsuki has feelings for Haruto and is jealous of Asahi’s close relationship to him, despite being good friends with her. When she finally confesses to Haruto, she ends up getting rejected as Haruto chooses Asahi.

Takanori Mikado: Another important character in the show, Takanori is the sub-leader of Subaru and is an intelligent and capable leader, much like Haruto. However, like Haruto, he remains oblivious to his friend Nozomi’s feelings for him, and is shocked to find out that he hadn’t noticed that she likes him.

Nozomi Kusaka: Another member of Subaru, Nozomi is a shy and introverted girl who has feelings for Takanori. Later in the show, she mistakes Takanori and Satsuki to be a couple, and this leads to a major misunderstanding between herself and Takanori.

Clive Vivali: The sixth member of Subaru, Clive is the only foreigner in the group and has the power to change the nature of objects in the game world.

Elicia: A mysterious girl, Elicia confronts the Subaru members and seems to be aware of Asahi’s reappearance in Re’Union. Later, she becomes the seventh member of Subaru.