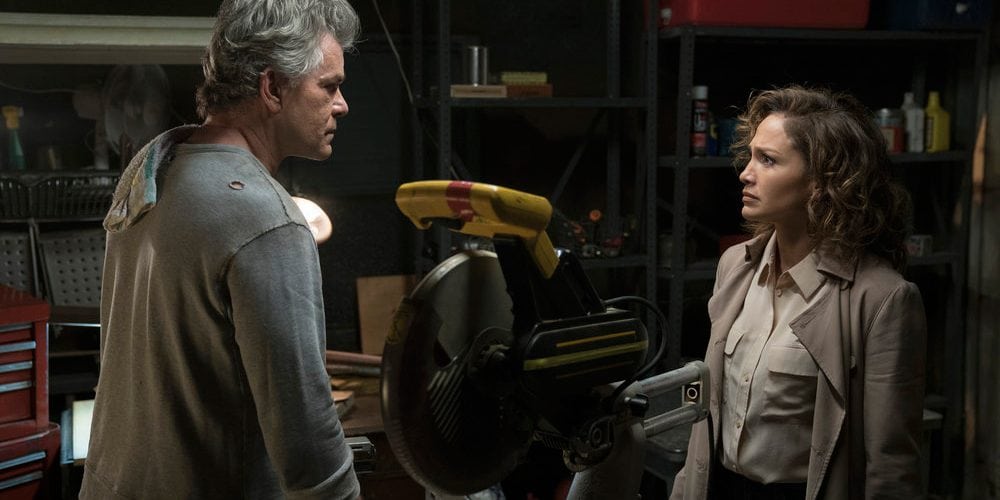 If you add Jennifer Lopez’s acting prowess to an intense crime drama thriller, what do you get? ‘Shades of Blue’, by Adi Hasak is the answer. If Adi’s name is familiar to you, it might be because he is a frequent collaborator with Luc Besson and has worked on films like ‘From Paris With Love’. This action and mystery series, however, airs on NBC and first premiered on January 7, 2016.

The plot revolves around Harlee Santos, who works for the NYPD as a police officer, and happens to be a single mother. As events unravel, she becomes forced to work with the FBI’s anti-corruption task force, while having to deal with her own family and financial problems.

The show has been praised for its performances, which is unsurprising, considering the stellar cast, but critics have been a little hesitant with praising the show overall due to its formulaic approach. Before you read on about the series, here is what critics had to say – ” ‘Shades of Blue’ isn’t a deep show, but it’s a sensationally effective one. It knows what it is (a compacted, melodramatic, commercial TV-friendly gloss on one of those ’70s and ’80s Sidney Lumet police-corruption thrillers) and it rarely steps wrong.”

Shades of Blue Cast: Who is in it?

The cast of ‘Shades of Blue’ is led by Jennifer Lopez, who has appeared in works like ‘Maid in Manhattan‘ and ‘Monster in Law’. She plays the role of Detective Harlee Santos, who is a corrupt officer in the Street Crimes detective squad in NYPD’s 64th Precinct in Brooklyn. Santos acts as an informant for the anti-corruption force of the FBI. We see that Santos is a mother to a 16-year-old girl, Cristina, whose father was abusive and as a result, Santos framed him for murder. She then joined the officer who helped her cover up the crime, but the FBI found out, turning her into an unwilling informant against the officer.

Ray Liotta, of ‘Goodfellas‘ fame, appears as Lieutenant Matt Wozniak, the corrupt officer in charge of Santos’ unit. He is the main target of the FBI investigation and before being a cop, he was a Marine. He is incredibly close to Santos and Cristina and considers the former to be like his daughter.

Drea de Matteo, known for her roles in ‘Sons of Anarchy‘ and ‘The Sopranos‘, appears in the role of Detective Tess Nazario, who gets reassigned to patrol as a sergeant. Warren Kole, of ‘The Following‘ fame, appears as Special Agent Robert Stahl, an FBI agent who is Santos’ handler and develops an obsession with her.

Shades of Blue Plot: What is it about?

When ‘Shades of Blue’ begins, we see an entirely disheveled Harlee Santos. She seems to be confessing to her crimes on tape, and then the story takes us back by two weeks and shows the labyrinthine nature of lies and betrayals that lead us to this point. We have a corrupt unit of cops, who are not beyond planting evidence and coercing confessions, but ‘Shades of Blue’ is careful to portray them as being morally right. They might do some things that are in the grey, but they ultimately work towards a greater good and are like one big family.

Shades of Blue Season 4 Release Date: When will it premiere?

Lopez said in a statement: “I have enjoyed producing and starring in this beautifully complicated world and playing such an empowering yet flawed character – a woman, a detective, but, first and foremost, a mother. Now looking at it with a little distance, playing Harlee strengthened me and helped me grow into a more self-assured woman. It’s crazy how some parts permeate your soul and change you forever, and for that I am grateful. We crafted a poetic three-season arc on how her journey ends, which is true redemption.” She further added, “The way only Harlee could have done it – the hard way, the road less traveled. I thank NBC and all the talented actors, writers, crew and producers for going on this journey with us!”

Since the show has come to an organic end, it will not be picked up, and ‘Shades of Blue’ Season 4 stands canceled.

Should You Watch Shades of Blue?

What sets the show apart is how it plays to Lopez’s strengths as an actress, as we see her play the role of someone who is victimized, but is fighting back. Accordingly, Harlee, the character she plays, switches between moments of strength and vulnerability. One can see Santos chasing down suspects in one moment, and in the next, lamenting about her daughter missing cello practice.

A word must also be said about Ray Liotta’s performance, wherein the actor makes full use of the format of the television show to flesh out his character and get into the details of how Lieutenant Matt Wozniak is a hard cop but has a softer side to him. The pacing of the show is great, but there is some formulaic approach involved, that we mentioned. This is mostly from a “nonstop barrage of thematically on-the-nose observations about the ethical gray spaces of police work, the slippery nature of truth and the challenges of being both a cop and a parent” as The Hollywood Reporter points it out.

Moreover, if you have seen ‘The Shield‘, ‘Shades of Blue’ might feel like a rip off in some parts. Variety has surmised it the best, saying, “Practically speaking, NBC has struggled to find series to pair with “The Blacklist” on Thursday nights, and Lopez’s star power might be an asset in helping lure viewers into the program’s serialized plot. “Shades of Blue” is reasonably compelling by that measure, and clips along smartly enough…that the show should inspire some return business if it can generate the requisite sampling. Nevertheless, it’s too bad “Blue” couldn’t bring at least a few new, more colorful hues to a crime drama that paints, ultimately, with a rather familiar palette.”

You can check out the trailer for ‘Shades of Blue’ season 3 below.