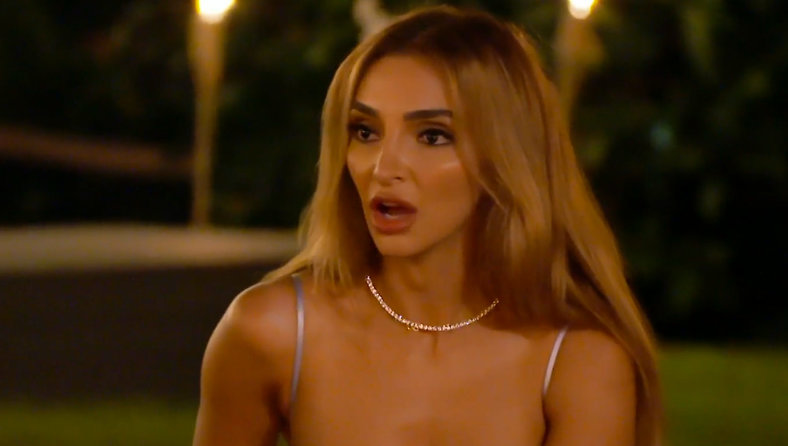 When it comes to ‘Shahs of Sunset’, there’s one thing that you can always be sure of. There’s no dearth of drama! Every week, we have some new feud brewing between the reality stars. And when we just thought things are back to normal after Reza and MJ’s reconciliation, we have another face-off popping up this week. Well, we will get to the recap of episode 12 later. Now, if you have already watched the episode, are you ready for the next week? Read on to know everything about ‘Shahs of Sunset’ season 8 episode 13.

Shahs of Sunset Season 8 Episode 13 Release Date: When Will It Premiere?

Where to Watch Shahs of Sunset Season 8 Episode 13 Online?

In episode 12, we see the Shahs in Hawaii — after accepting Mike’s invitation to celebrate Paulina’s birthday. Although the latter had wanted to spend the occasion only with her partner, she was left with no choice. Anyway, following the gang’s arrival in Hawaii, things go pretty well at the start. Reza and MJ have reconciled and MJ asks Reza to drop his charges against Tommy.

Meanwhile, MJ also notices Mike’s behavior around his girlfriend. She believes that Mike often tries to control Paulina. And this is not the first time Mike is seen behaving around women in this manner. He has a history and a similar instance had happened with his ex, Jessica as well. So MJ talks to Paulina and asks her to break away from Mike.

In another scene, we witness things getting intimate between Nema and GG. The two have always had a connection but have not been able to move forward, mainly because Nema does not seem to be over Erica yet. On the other hand, MJ goes on to taunt Paulina about Mike. She tells that she is lucky having married a white guy. At least he doesn’t treat her like Mike treats Paulina. An offended Paulina ends up texting Mike.

As exasperated Mike returns to the house, asks Paulina about whatever MJ told her and then confronts MJ. He tells MJ that she has crossed a line. MJ retaliates by claiming that she was just joking around. In another scene, things get a little steamy between GG and Nema in a hot tub but it does not culminate with the two sleeping together. Nema believes it is not right to indulge in sex with a drunk woman. Meanwhile, Reza promises MJ that he will drop his charges against Tommy.