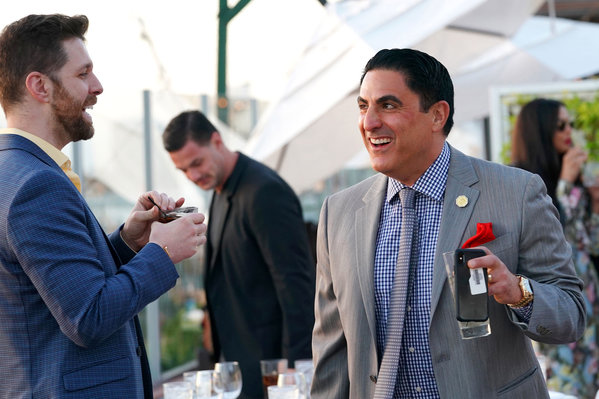 The premiere episode of Shahs of Sunset season 8 ends on a pretty awkward and tense note. When Adam is accused of sending flirty texts to Ali and playing naked Jenga with other guys when home-alone, he is confronted by Reza. This week (in episode 2), the story takes off right from last week’s conclusion.

Now if you are done with episode 2, let’s take you through the hows and whens of Shahs of Sunset season 8 episode 3.

Shahs of Sunset Season 8 Episode 3 Release Date: When Will It Premiere?

The official synopsis for episode 3 goes as follows: “As the crew preps for a mud run, Destiney attempts to apologize to Reza, who refuses to budge. GG secretly undergoes the implantation process in her IVF journey. Mike goes head-to-head with his father over a large business venture he is looking to pursue solo. Nema reaches a crossroad with his ex-girlfriend and business partner, Erica, and he questions whether they can stay in their working relationship despite their messy breakup.”

Where to Watch Shahs of Sunset Season 8 Episode 3 Online?

New episodes will air every Sunday on Bravo at the above time slot. Hence, you can catch up on the latest episodes by tuning in to your tv screens after subscribing to an active cable connection. Episodes, after their tv premiere, are also released on the Bravo official website.

Let’s begin with the question of the day — is Adam innocent of the allegations raised against him? According to Reza, Destiny told him that Ali told MJ that Adam participates in naked Jenga with some guys when Reza is not around. Adam responds by saying that Ali is nothing but a liar and storms off. It seems that he had jokingly told Ali about the strip game thing when Reza was out of town and Corey and Marvin had come over.

Meanwhile, Mike and his two brothers have bought a property where they plan to build 24 apartments. Sara Jeihooni meets Golnesa for lunch and expresses her hatred toward Destiney. Golnesa then invites her to a grunion run. Mercedeh and Tommy become parents to a healthy baby boy.

Now, let’s get back to Reza. He and Destiney meet Ali at a restaurant. Ali reveals that he had been told by Mercedeh that Adam and Reza were unhappy with their marriage. But Reza says that MJ is his best friend and the allegation can’t be true. Ali goes on to tell that Adam had been sending multiple sexual emails to him every day. Reza gets furious and eventually storms off. He also vents out his anger on MJ who is in the ICU. He then warns Destiney to stop hanging around with Ali and walks away.

Later, Reza talks to Adam and tells him that if he continues with his sexting, their marriage will end in a divorce.