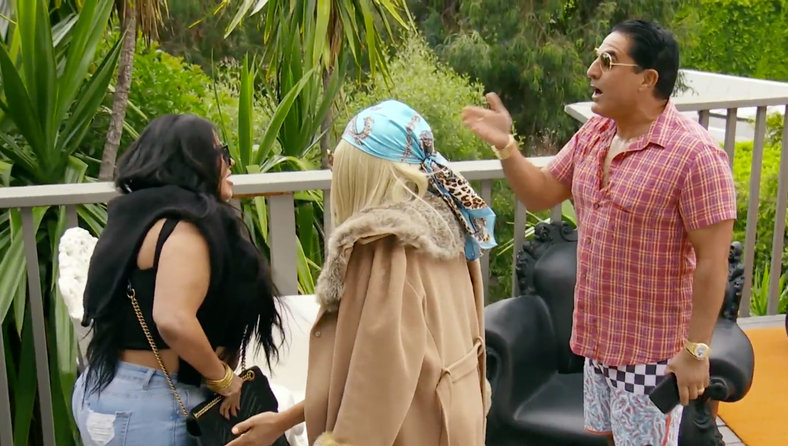 Episode 7 of Shahs of Sunset is the one we had been waiting for all this while. Finally, it dropped this week and the much-anticipated MJ appearance takes place. So long, she had only been seen in video clips and Bravo confessionals and in the seventh episode, she ultimately attends a pool party. But wait! She also happens to come face-to-face with Reza. What happens hereafter? Worry not, our recap section has you covered.

Now, if you have already watched it, are you now ready for the next episode? Read on to know everything about Shahs of Sunset season 8 episode 7.

Shahs of Sunset Season 8 Episode 7 Release Date: When Will It Premiere?

The official synopsis for episode 7 goes as follows: “Tommy takes matters into his own hands after Reza’s altercation with MJ at the pool party, furthering the divide between the Shahs. GG’s divorce is finalized as she gets ready to drop a bombshell on the crew. Destiney’s event in Arizona goes awry and to top it off, Nema, Mike, and Shervin back her into a corner with nowhere to run.”

Where to Watch Shahs of Sunset Season 8 Episode 7 Online?

We all know the backstory behind Mercedes and Reza Farahan’s feud. In episode 7, the two former besties have their face-off after all this while. All of the castmates are invited to Sara Jeihooni’s place for a pool party. However, MJ is not there. Probably she was not invited since Reza Farahan and Golgnesa “GG” Gharachedaghi are also there. However, Nema Vand arrives a little later and we see his unexpected plus one — MJ herself. It seems the former just wants the friends to sort out their issues.

But things soon go south from here. Not only is Nema accused by his friends for blindsiding them with MJ Javid, but the rest of the reality stars are also clearly uncomfortable. Reza and GG even attempt to leave in order to avoid the impending confrontation. But the situation intensifies further when MJ decides to talk to Mike about Reza. And it’s not long before Reza intervenes and joins the battle. When MJ accuses Reza and Adam of cheating on each other, Reza gives a pathetic and a rather disgusting reply: “Your uterus exploded when you had 10 abortions.” That’s quite a strong statement to make and we really hoped, he had chosen his words a bit more wisely.