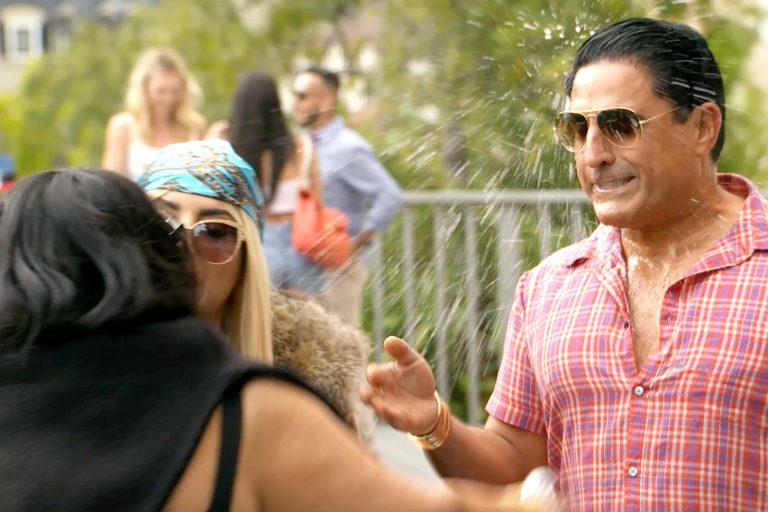 Shahs of Sunset Season 8 witnessed one of the most shocking developments in last week’s episode. Long-time BFFs Mercedes “MJ” Javid and Reza Farahan’s friendship seems to have ended forever. At Sara Jeihooni’s pool party, the two throw some insane insults at each other. While MJ alleges that Adam and Reza are always cheating on each other, Reza says that MJ had serious birth complications because she had “10 abortions” in the past. These are his exact words: “Your uterus exploded because you had 10 abortions!”

Well, if you think this is the end, there’s still more to come. This week’s episode sees Tommy, MJ’s husband, vandalizing Reza’s property. Well, what happens after that? Read our recap section to find out. Now, if you have already watched it, are you now ready for the next episode? Read on to know everything about Shahs of Sunset season 8 episode 8.

Shahs of Sunset Season 8 Episode 8 Release Date: When Will It Premiere?

The official synopsis for episode 8 goes as follows: “Reza surprises Destiney in Arizona and is infuriated to find that Nema, Mike, and Shervin may be siding with MJ. In the meantime, MJ plans a surprise retirement party for her mother Vida. MJ and Destiney meet up for what can only be the turning point in the madness.”

Where to Watch Shahs of Sunset Season 8 Episode 8 Online?

In episode 7, we find out about Tommy Freight’s reaction when he learns whatever had happened during the pool party at Sara’s home. Tommy takes matters into his own hands and decides to vandalize Reza’s property in a fit of rage. He later justifies his actions by saying: “I broke a plant, I wanted to break his legs. He’s lucky!”

When Reza sees the footage, he visits the court the following day and is successful in obtaining a three-year restraining order against Tommy. According to the order, MJ’s husband needs to stay at a minimum of 100 yards away from Reza. As per Reza, Tommy had even threatened his life while carrying a baseball bat!

On the other hand, Destiney loses her temper when she is questioned by Shervin Roohparvar, Nema Vand, and Mike Shouhed about her role in the feud between Reza Farahan and Mercedes “MJ” Javid. She defends her stand but is she telling the whole truth? Watch the next episodes to find out!