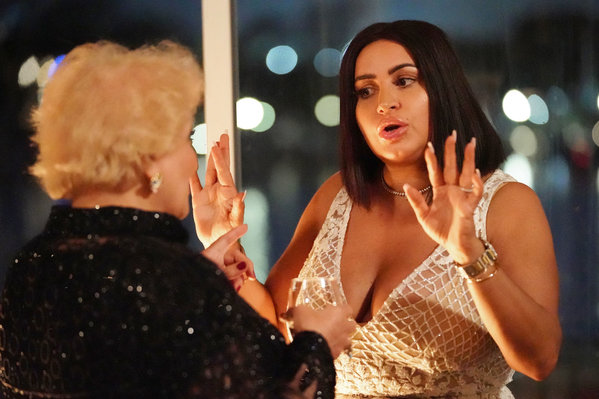 Shahs of Sunset season 8 has been one of the most explosive installments from the series to date. There’s this never-ending feud between MJ and Reza, which definitely does seem will destroy their  strong friendship of so many years. However, in this week’s episode, we get to hear another side of the story. Is Destiney a mere pawn in this fight or does she know more than she is telling? Well, we will get to that later. Now, if you have already watched it, are you now ready for the next episode? Read on to know everything about Shahs of Sunset season 8 episode 9.

Shahs of Sunset Season 8 Episode 9 Release Date: When Will It Premiere?

The official synopsis for episode 9 goes as follows: “GG undergoes emergency surgery, and the crew rallies around her; Tommy and MJ meet with a lawyer to discuss Reza’s charges against them; Reza unleashes his anger on Nema for meddling in his personal affairs.”

Where to Watch Shahs of Sunset Season 8 Episode 9 Online?

In episode 8, the attention of the entire ongoing drama between Reza and MJ shifts to Destiney Rose. Until now, we had known her to be just another pawn in the feud between the long-time BFFs. But is that all? It seems she is guiltier than she is portraying herself to be. MJ organizes a themed party and asks everyone to attend while being dressed up like her mum, Vida. Reza, of course, is not invited. At the event, everyone sits down with Destiney and asks her a couple of questions. According to MJ, Destiney is the reason behind fueling the fight between her and Reza.

Nema informs viewers in a confessional that it was indeed Destiney who had organized for Ali to meet with Reza — since she already knew what would happen when the two came face to face with each other. But according to Nema, Destiney is not willing to own up to her role in the feud. Destiney says that she had simply no idea what Ali would say to Reza during the conversation. But everyone finds it hard to believe her claim.

It really seems like Destiney is guilty. But would she go so far just to be in the limelight? We will get to know as the episodes roll out in the coming weeks. But everything aside, we really hope MJ and Reza reconcile — although he chances of that happening anytime soon seem slim.